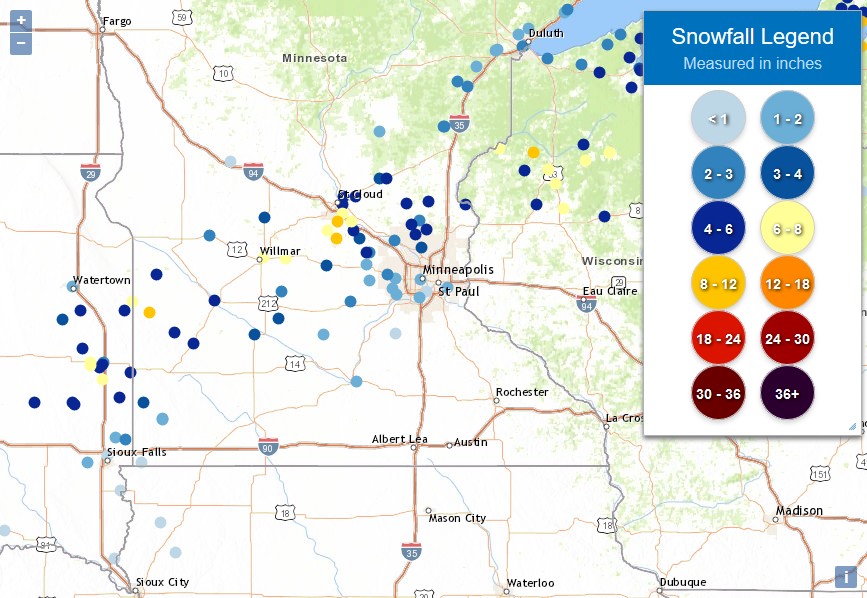 Snow associated with a passing low-pressure system, spread from southwestern into central Minnesota during the morning of Sunday February 28th. A band of very heavy snow, lasting 2-3 hours, formed from Canby towards Willmar, and the southern St. Cloud area. Light snows made it as far south and east as Mankato and the Twin Cities, and as far north as Duluth, Two Harbors, and Grand Marais.

Accumulations of 7 to 8.5 inches were reported by volunteer observers and the public near Kimball and South Haven, south of St. Cloud, with similar amounts reported near Willmar, Atwater, and also Canby.

After several days with temperatures in the 30s and 40s (F) across Minnesota, the northerly winds in the wake of this system sent temperatures back below zero in northern Minnesota on Sunday night, with single-digits and teens reported elsewhere. The system was not connected to deep Arctic air, and another surge of warmth was already apparent to the west by Monday March 1.