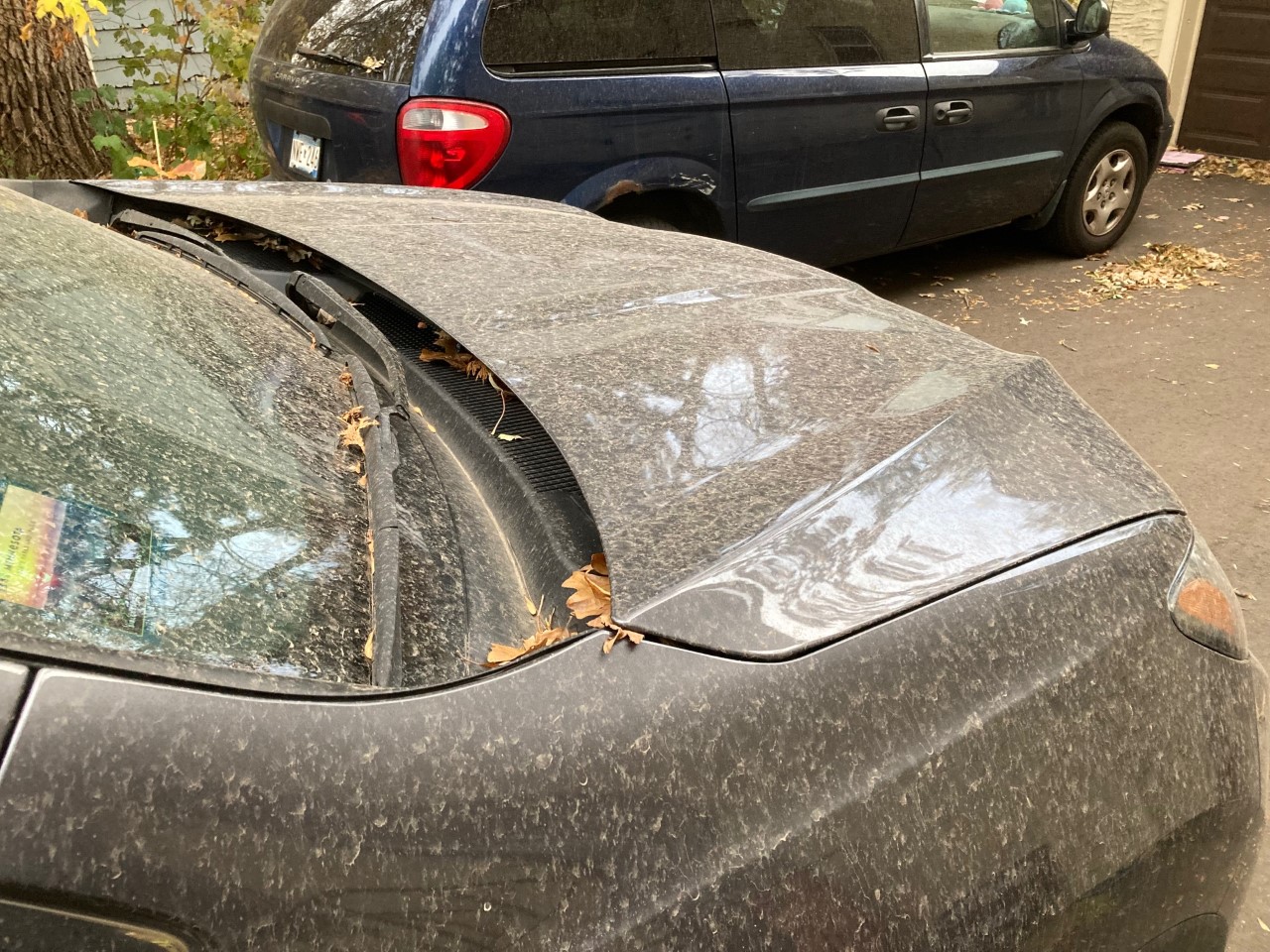 Residents throughout the Twin Cities were surprised to find their vehicles and south-facing windows splattered with dirt in the early morning of October 24.

Dust from the drought across Kansas and Nebraska was brought northeastward on strong winds on Sunday, October 23. The few drops of rain that fell picked up this dust and made a bit of a mess on vehicles early on October 24.

There was quite a bit of chatter about the mess on local radio and television stations as well as social media.