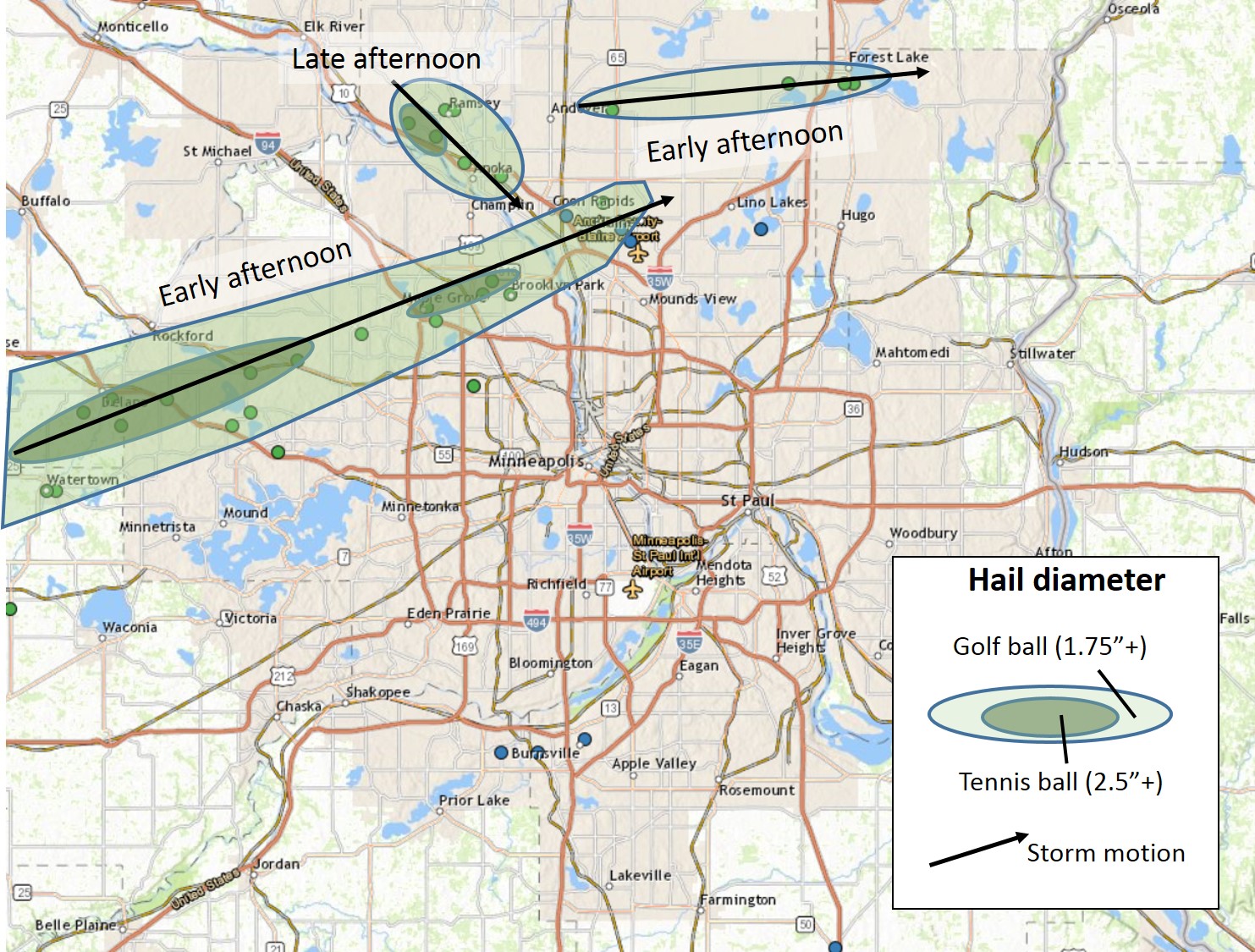 Thunderstorms in the morning moved through northern portions of Minnesota, with heavy rains and strong winds that blew down trees and power lines. Damage was reported near Walker, and also in and around Duluth, where the International Airport recorded a 61 mph wind gust. The airport at Hinckley recorded a 62 mph wind gust as well.

As these initial storms moved off into Lake Superior and northern Wisconsin during the late morning, a lone thunderstorm developed west of New Ulm. This storm grew, and then split into a northern and a southern cell. The southern cell moved east-southeastward and died within an hours or so, but the northern cell marched northeastward and became very severe, passing over McLeod, Carver, Wright, Hennepin, Anoka, and Washington Counties between 12:15 and 1:45 PM. 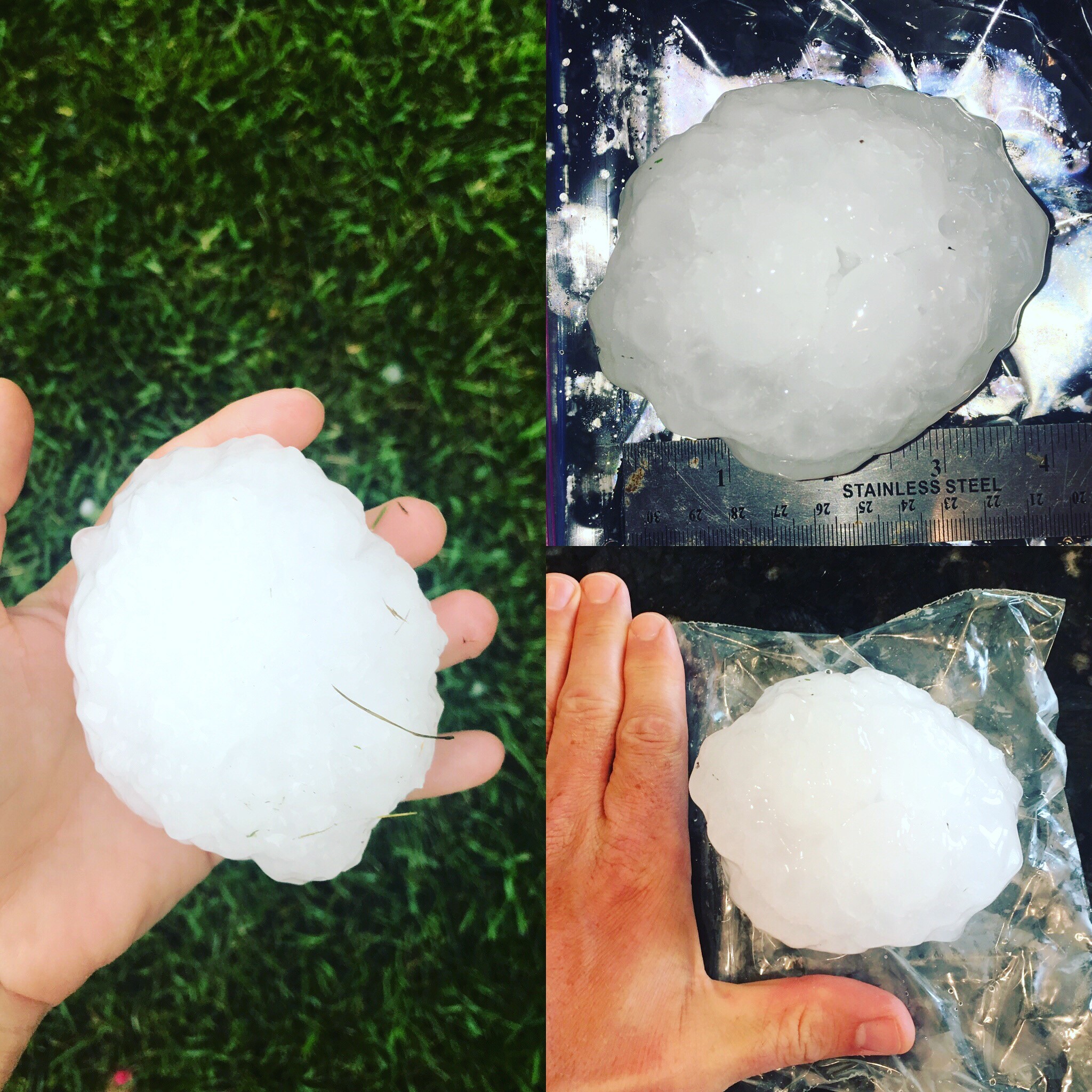 Very large hail, up to 4 inches in diameter, as seen around Delano, MN on August 5, 2019.
Photo credit: Lindsay van Bergen

The storm eventually ran out of steam in Wisconsin, but others were not far behind. Additional thunderstorms developed in Stearns and Sherburne counties around 3 PM and began sagging southeastward with an advancing cold front. By 3:45 PM, large hail reports were coming in again from the cities of Anoka and Ramsey, as tennis ball to baseball-sized hail bombarded the northern Twin Cities region for the second time.

As the storms plunged southeastward through the Twin Cities, the very large hail reports ceased, but reports of wind damage began increasing, especially over the southern suburbs and southeastward towards Cannon Falls. Meanwhile, other severe thunderstorms with ping pong ball-sized hail and strong winds developed along I-90 and US highway 14 in southern Minnesota. All of the thunderstorms eventually merged into a unified complex, overspreading the areas near Lake City, Rochester, and Winona before exiting the state.