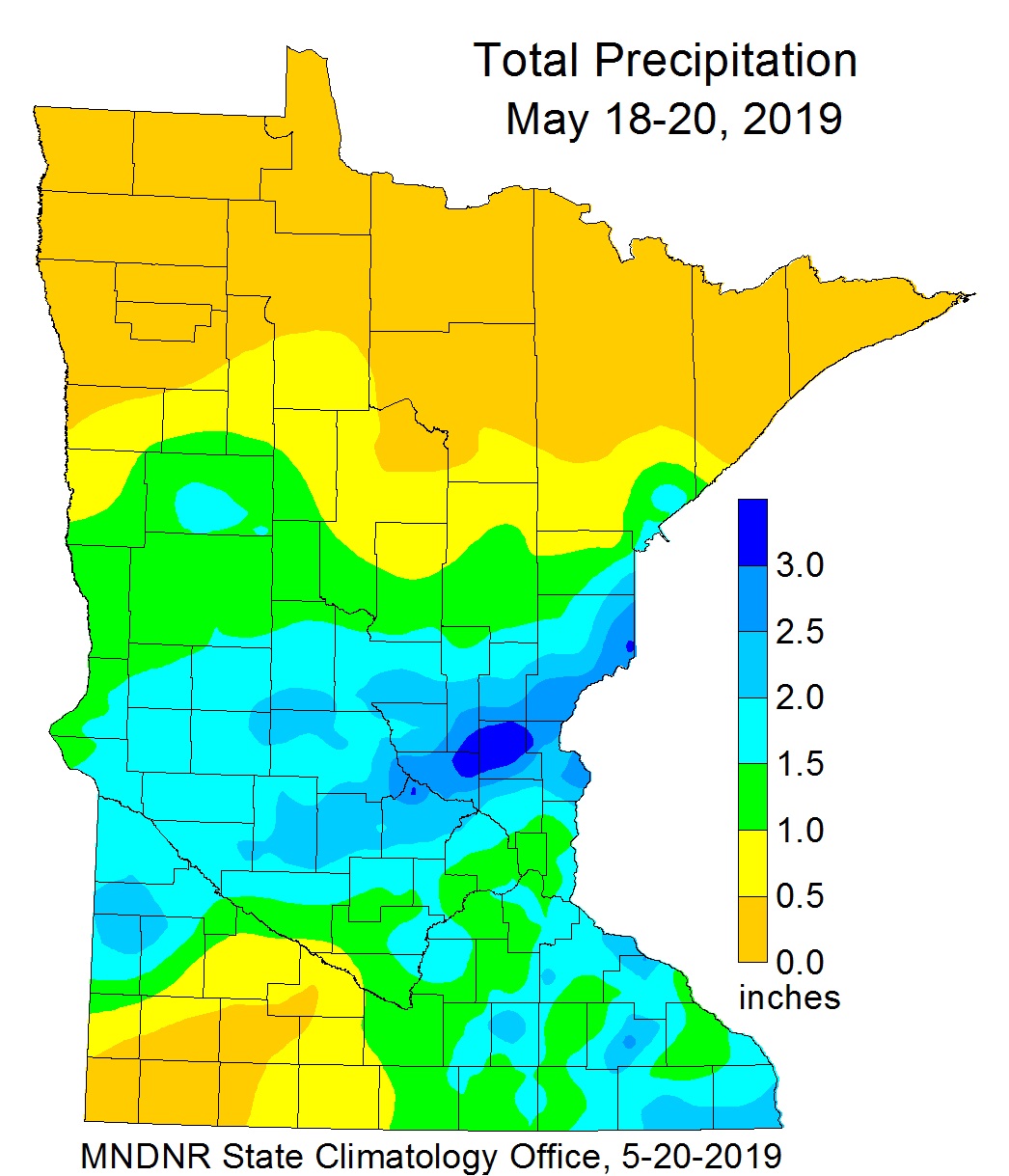 Precipitation totals from around Minnesota on May 18-20, 2019.*
Credit: Minnesota State Climatology Office

A complex weather pattern brought more rain and even some snow to Minnesota over the weekend of May 17th - 19th, 2019.*

A pair of low pressure systems tag-teamed Minnesota between Friday and Sunday, resulting in multiple bands of precipitation, especially over central and southern parts of the state.

The first low pressure system tracked northward through Nebraska on Friday May 19th, making it into southern South Dakota that night. Thunderstorms blossomed across the region, working into western Minnesota, where vivid lightning illuminated the evening sky. A rather persistent band of moderate to heavy precipitation set up near St. Cloud, Little Falls, and Cambridge overnight, before a line of strong, small-hail-producing thunderstorms raced across southern Minnesota early on Saturday May 18th.

After a general lull in the activity during most of Saturday, heavy rains formed over far southeastern Minnesota Saturday night, in response to a new low pressure center forming in western Kansas.

This second system followed the same path as many others during the spring of 2019, eventually crossing over Iowa, Wisconsin, and Lake Michigan. This path kept Minnesota on the cool side of the storm, and made for a widespread area of steady rain on Sunday May 19th. With strong northeasterly winds importing cool air, and temperatures a mile off the ground slightly below freezing, snow began falling and accumulating in the Duluth area.

The combined weather systems produced a large area of 1-3 inches of precipitation, with slightly higher totals in both central, and far southeastern Minnesota. The Duluth International Airport received 2.4 inches of snow.

*Most observers measure precipitation in the morning, so there is often a 1-day lag between when precipitation is observed, and when it is reported. This event occurred May 17-19, but its results were reported on May 18-20.