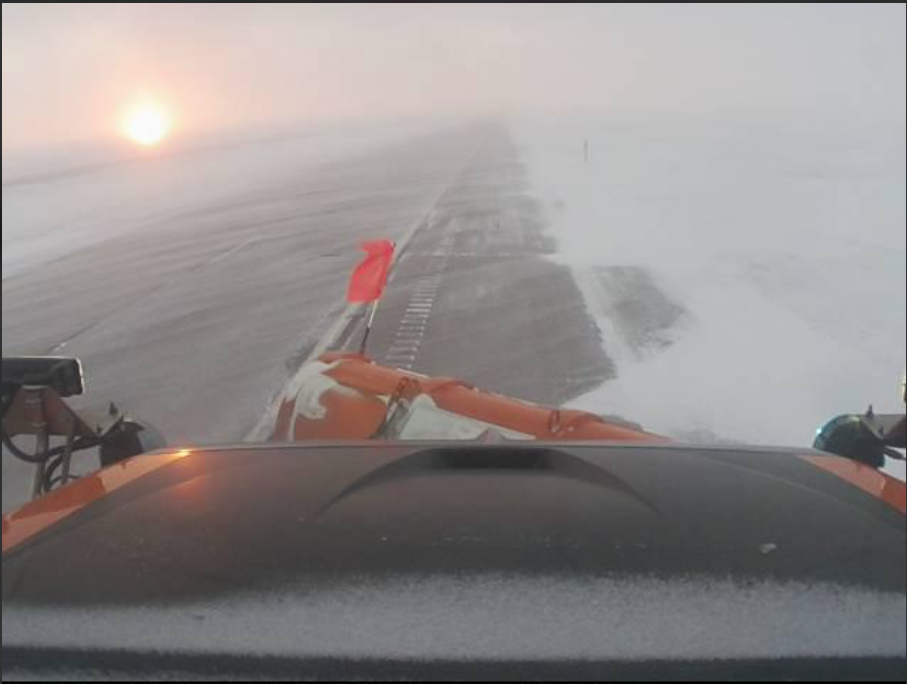 Even with the sun shining, the winds and fallen snow combined to reduce the visibility dramatically near Crookston, MN, on February 1, 2022.
Courtesy: Minnesota Department of Transportation, via the  National Weather Service, Grand Forks, ND.

A classic "prairie blizzard" swept through North Dakota and into the open areas of northwestern Minnesota, producing whiteout conditions in the Red River Valley.

The setup was a familiar one to residents of the northern Plains, but would seem foreign to most people outside of the region. Rather than relentlessly heavy snow driven by strong winds--as most people associate with the term "blizzard,"--this one combined light, easily-blown snow, with high winds and falling temperatures. The wide-open landscapes of North Dakota and northwestern Minnesota can produce a blinding frenzy of blowing snow in the right conditions. With low pressure and a cold front bringing an area of strong winds and powdery snow into the region, the conditions for violently-blowing snow were nearly ideal.

Snowfall totals were generally between a half-inch and two inches, but the barrage of 40-60 mph winds in Minnesota (they were even stronger to the west in North Dakota) reduced visibility to 100 yards or less, and in many cases just a mater of feet. The strong winds also produced snow drifts on the ground that were surprisingly large, given how little snow actually fell. Drifts of 1-3 feet were common along roads, near ditches, and in other areas where topography affects the deposition of blowing snow.

Blizzards of this sort are very dangerous but relatively common in the Red River Valley, occurring in most winters, with multiple occurring in some seasons. In the winter of 2021-22, the weather pattern has favored windy and cold weather systems capable of severe blowing and drifting snow. Thus, this system marked the seventh time this winter the National Weather Service office in Grand Forks had issued a Blizzard Warning. The winter of 2013-14 had 11 such Blizzard Warnings, and is the modern record-holder, back to 2005. It is possible that 2000-2001 and quite likely that the winter of 1996-97 had even more blizzard events.