Does Snow in October Mean We're in for a Tough Winter? 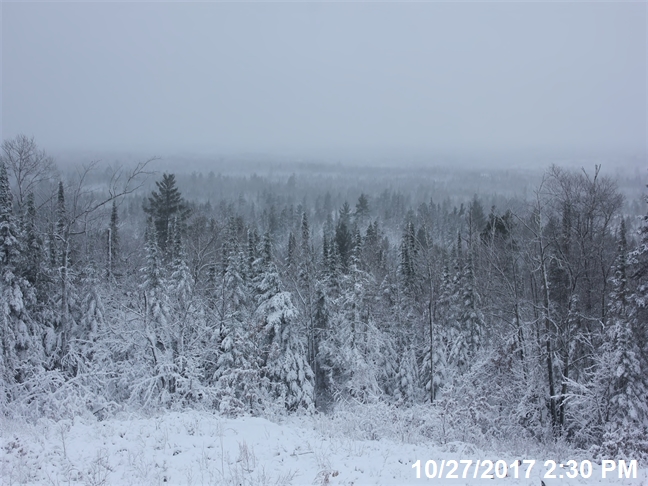 When snows come early in Minnesota, winter-lovers rejoice, but those who resent the cold season may start to feel dread. So, do early snows tell us anything about the coming winter?

In short, no. It appears that an October snow is just an October snow, and has no bearing on the remainder of winter. From 1884 through 2021, 47 out of 138 Octobers in the Twin Cities have seen at least one day with measurable snow. The winters that followed those instances of snowfall have spanned nearly the entire spectrum of possibilities: dry, wet, snowy, cold, warm, and of course, average. In northern Minnesota, where October snows occur most years, the range of winter conditions after those snows is even wider.

Even a persistently snowy autumn cannot promise us a brutal remainder of winter. In 1991, both Duluth and the Twin Cities had more autumn snow than any other year on record, by wide margins. November was the 12th coldest on record in Duluth and the 7th coldest in the Twin Cities. The remainder of winter, however, was a far cry from what we would have expected: snowfall from December onward ranked in the 90s at both locations, and the December through February period was 17th warmest at Duluth and 11th warmest in the Twin Cities.

More recently, in 2020, the Twin Cities measured 18.1 inches of autumn snow (through November), ranking it 7th snowiest on record. Duluth was also 7th snowiest on record, with 30.1 inches. The remainder of winter, however, was 93rd snowiest on record in the Twin Cities, and 91st snowiest in Duluth. The December through February meteorological winter was rather mild as well, with both stations ending in the warmest 25-30% of the record. Indeed, winters immediately following a snowy fall can go in nearly any direction, so we should not read too much into those early-season snows!

The following table summarizes the fifteen snowiest autumn seasons in the Twin Cities, along with a look at what the remainder of each winter was like. It is clear that above-average snow early in the season tells us little if anything about the rest of the cold weather season!