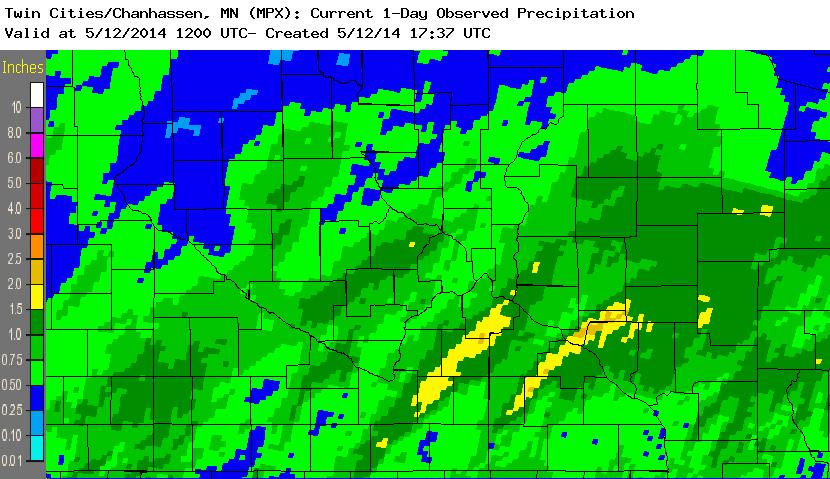 During the overnight hours of May 11, 2014 the greater Minnesota and western regions of Wisconsin were greeted by more precipitation.  Luckily for most people the rain managed to hold off, making those Mother's Day plans work out.

The Minneapolis/St. Paul area experienced rainfall amounts ranging from nearly two inches in the southern parts of Dakota County and parts of Wright County, to a half an inch in the downtown areas. The Twin Cities International Airport saw .69 total for the event.

Heavier bands of rain fell over the southwestern sections of Minnesota leaving many areas with over one inches of rainfall.  This coupled with precipitation from the previous day has led to several counties being issued flash flood watches and warning due to the already saturated ground.