Record Heat and Large Hail in the Twin Cities, September 20,2022 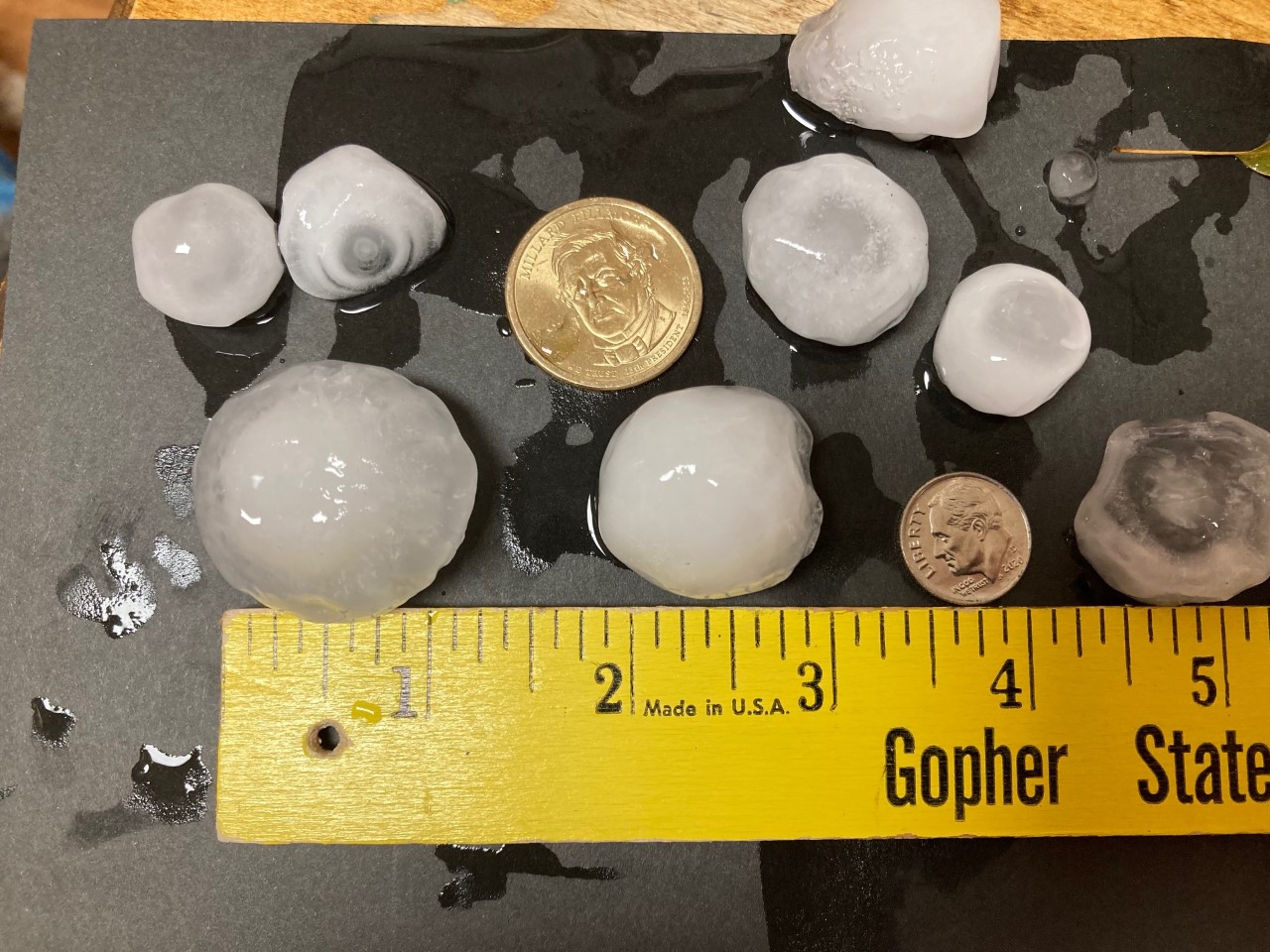 An extremely warm and humid air mass broke with a complex of intense, hail-producing storms over Ramsey and Washington Counties after dark.

Heat, accompanied by high humidity, surged into the region ahead of a cold front on Tuesday September 20th. After some morning cloud cover, the skied cleared and temperatures ratcheted up into the 80s, and even the 90s in some parts of southern Minnesota. With dew points remaining in the upper 60s and low 70s, it was an unusually muggy day for this time of year.

The temperature in the Twin Cities reached a high of 92 F on Tuesday afternoon, breaking a record for the date and marking the highest temperature in nearly 50 days--since August 2nd. During the mid-and late afternoon, Heat Index values across the area were locked into the mid and even upper 90s. These conditions are more typical for June, July, and August.

As a cold front plowed into the region during the early evening, some isolated but intense thunderstorms erupted over parts of Minnesota and Wisconsin. One of these cells formed right on top of the northeastern Twin Cities metro area, producing a barrage of large hail and intense rains over northern Ramsey and and Central Washington counties. Hail of 1 to 1.25 inches in diameter fell in Maplewood and Little Canada, but even larger hail fell just to the east, with ping pong ball (1.5 inches) to golf ball-sized stones pummeling Oakdale, Woodbury, and Lakeland, with Lake Elmo reporting hail to 2 inches in diameter. The storm went on to produce baseball-sized hail in River Falls and other nearby western Wisconsin communities.

Following the storms and cold front, temperatures fell quickly, with 50s and even some 40s F covering all of Minnesota by Wednesday morning.