Radar loop from Duluth showing snow moving in and intensifying on May 8-9, 2019.
Credit: College of DuPage

Wet and even wintry conditions returned to Minnesota, as a wide area of moderate to heavy precipitation fell across much of the state, along with the heaviest May snowfall on record in Duluth.

Yet another strong low pressure system moved from the panhandles of Oklahoma and Texas on Tuesday May 7th, towards Iowa and Wisconsin by Thursday May 9th. Many of Minnesota's major weather events during the first months of 2019 were associated with this this same storm track, the persistence of which led to historic snowfall totals and eventual river flooding across much of the region.

In this particular case, the storm track had two main consequences. First, a large area of moderate to occasionally heavy rainfall spread across the southern 2/3 of Minnesota on Wednesday May 8th, leading to widespread totals in excess of one inch.

A one-inch May rainfall normally would not be much of a story in Minnesota, but after an exceptionally wet spring, this one led to creeks and streams overflowing, wet basements, standing water in low-lying areas, and further prevented many farmers from getting into their already-wet fields.

The second main consequence of this storm was that its strong circulation pulled in cold enough air aloft to support a band of snow from central into northeastern Minnesota by late afternoon on Wednesday May 8th, lasting into the morning of Thursday May 9th. The snow was concentrated from near St. Cloud and Little Falls, northeastward towards Lake Superior, and remained anchored in those areas.

The snow became heavy at times during the evening and overnight, especially along the North Shore of Lake Superior, and in Duluth, which reported two straight hours of quarter-mile visibility and six straight hours of visibility under one mile. Accumulating snow of slightly lesser intensity fell across the Brainerd Lakes, Mille Lacs, and upper St. Croix areas, and wintry conditions caused traffic accidents and spinouts throughout central and northeastern Minnesota. 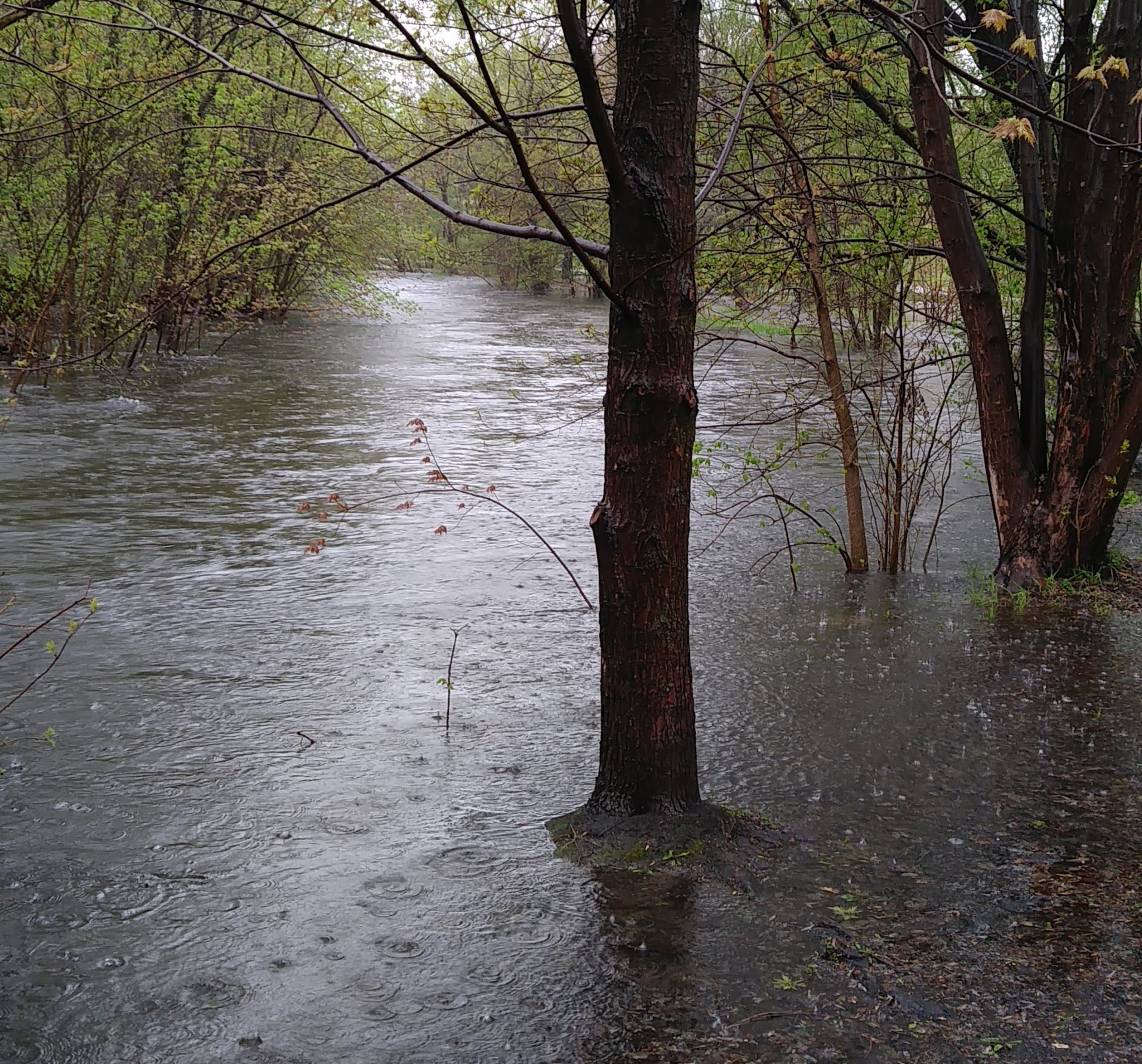 The 8.3 inches of snow recorded in Duluth on May 8th, 2019 shattered its one-day record for May snowfall. The storm total of 10.9 inches cemented this event as Duluth's largest May snowstorm on record, and broke its monthly snowfall record for May.

Heavy May snows in Minnesota are late in the season and infrequent for sure, but they are nevertheless part of our climate. A powerful storm dumped over a foot of snow on southeastern Minnesota on May 1-3, 2013, and four-inch snows have occurred somewhere in the state 2-3 times per decade, on average. Every part of Minnesota except the immediate Twin Cities has had at least one 4-inch May snowfall at some point in the in the past century.