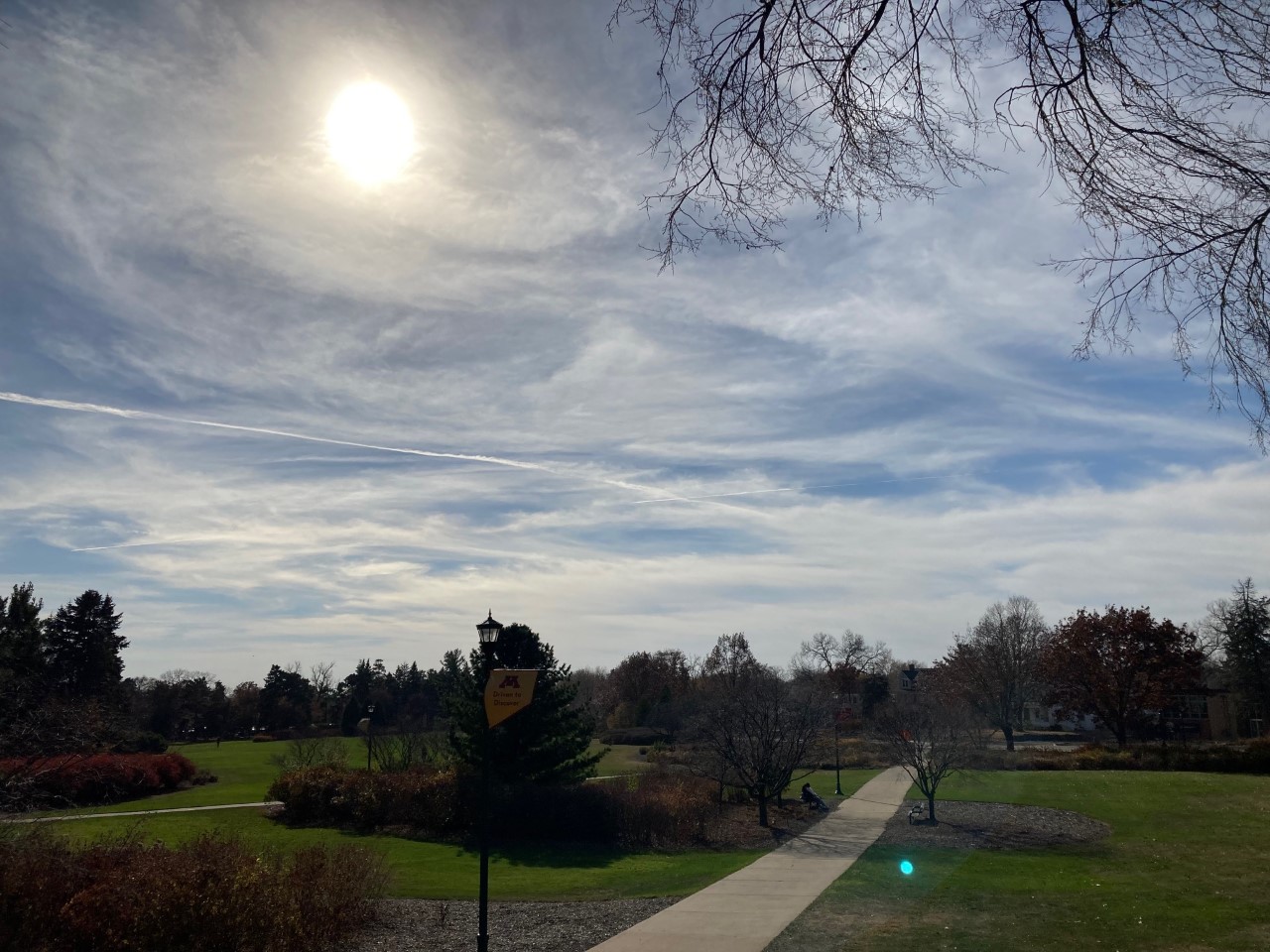 An oddly warm November scene at the St. Paul campus of the University of Minnesota on November 2, 2022.
Courtesy: State Climatology Office

A warm spell sent temperatures soaring across Minnesota, leading to record high readings in many locations on Wednesday November 2, 2022.

Minnesota had been under the influence of a warm regime for over two weeks, with above-normal temperatures on all but one or two days between October 20th and November 3rd. On November 2nd, the warm air mass combined with sunny skies and strong southerly winds to give temperatures an extra boost.

Temperatures reached the 70s F across most of Minnesota, including along the Canadian border, and near Lake Superior. Temperatures reached 71 F International Falls and Duluth, 72 at Rochester, 75 F at Saint Cloud, and 76 in the Twin Cities. Of these, only Rochester did not tie or break a high temperature record for the date. Dozens of stations with at least 30 years of observation broke daily records. The highest temperature recorded in the state was 79 F at Theilman, in southeastern Minnesota.

A longer and more significant November heat wave gripped Minnesota just two years earlier. November is one of Minnesota's fastest warming months, with average temperatures increasing by over 4.2 degrees F since 1970. This warming has led multiple bouts of record-breaking November heat over the past several decades. January and December are the state's fastest-warming months by wide margins, with September in third, slightly ahead of November.