A classic late fall storm moved from Oklahoma to Illinois on November 10th. A narrow band of heavy snow fell with this system over southeast Minnesota, northern Iowa and Wisconsin. The precipitation began late Thursday night on the 9th over Iowa and spread northeast over southern Minnesota during the wee hours of the morning on November 10. Some thunderstorms were mixed in as well with the rain over northeast Iowa and southern Wisconsin. The snow gradually tapered off during the evening over southeast Minnesota.

Enough cold air moved into the system to produce mainly snow in Minnesota. The heaviest snow fell in a swath from 10 to 13 inches from Austin to Rochester, falling at a rate of one to two inches an hour at times. The heaviest amount in Minnesota reported to the National Weather Service was 13 inches near Byron in Olmstead County. The Twin Cities only got a trace.

One promising aspect of this storm is that it brought copious amounts of water to the landscape over south central and southeast Minnesota. Since the ground was not frozen yet, much of the melting snow percolated into the ground. From one half to three quarters of an inch of liquid fell from this storm where the snow was the heaviest. By November 17, most of the snow had melted with only 2 inches left on the ground in Rochester, compared to the 10.5 inches they had on the ground right after the storm ended.

One the negative side, this storm was quite a headache to those who had to travel in it. Some interesting accounts of this winter storm were featured in Bill McAuliffe's Weather Blog Air Mass from travelers on Interstate 94 in Wisconsin.

Listed below are maps from the National Weather Service depicting the snow amounts. 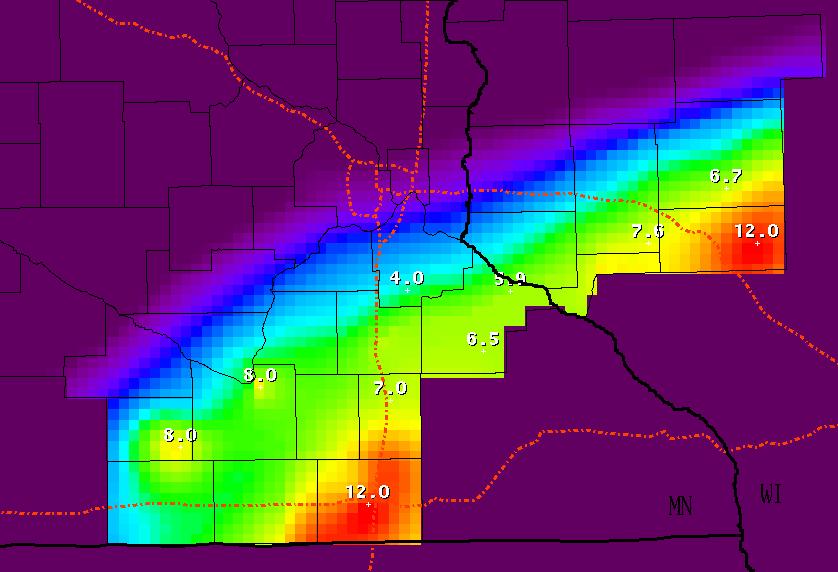 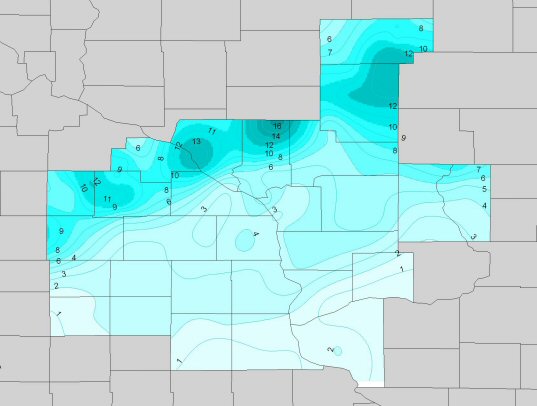 Listed below are National Weather Service Statements about this winter storm.