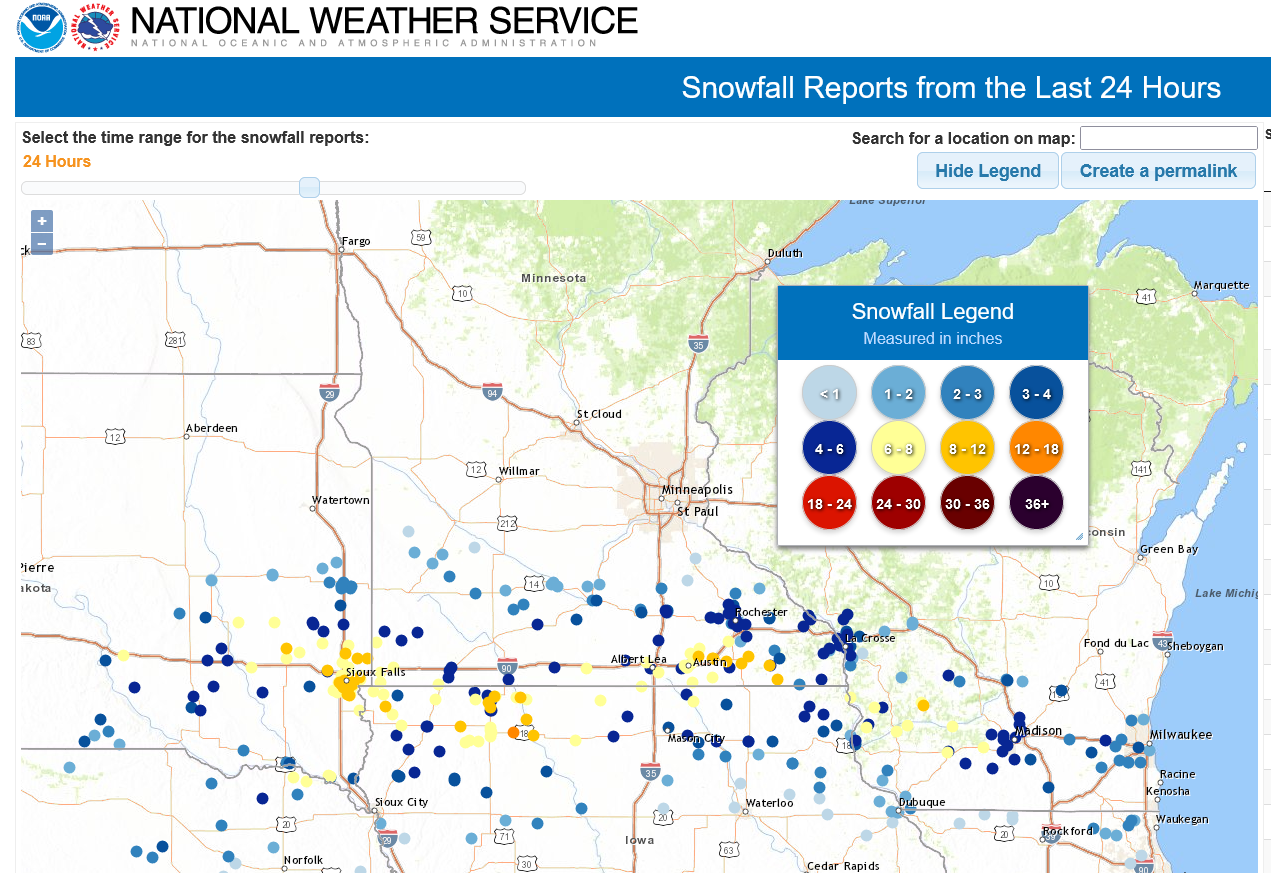 A band of accumulating snow, including bursts of intense snowfall with lightning and thunder, hit parts of far southern Minnesota on Friday, December 9th, 2022.

The snow formed in association with a small but potent low-pressure system tracking across southern Iowa. The system had strong lift and adequate moisture, which together combined to produce six or seven hours of snowfall, generally near Interstate 90 in the southern tier of Minnesota counties, but also reaching as far north as Marshall, Mankato, and Theilman.

Some of the storm's highest accumulations were found in southeastern Minnesota, near Brownsdale, Dexter, Grand Meadow, Preston, and Harmony, all of which reported 8-10 inches of snow. Observers in Austin, Albert Lea, and Blue Earth reported 5-7 inches of snow, as did observers in far southwestern Minnesota near Jasper, Luverne, and Beaver Creek. Snowfall totals were 3-5 inches around Rochester, and 2-3 inches near Mankato.