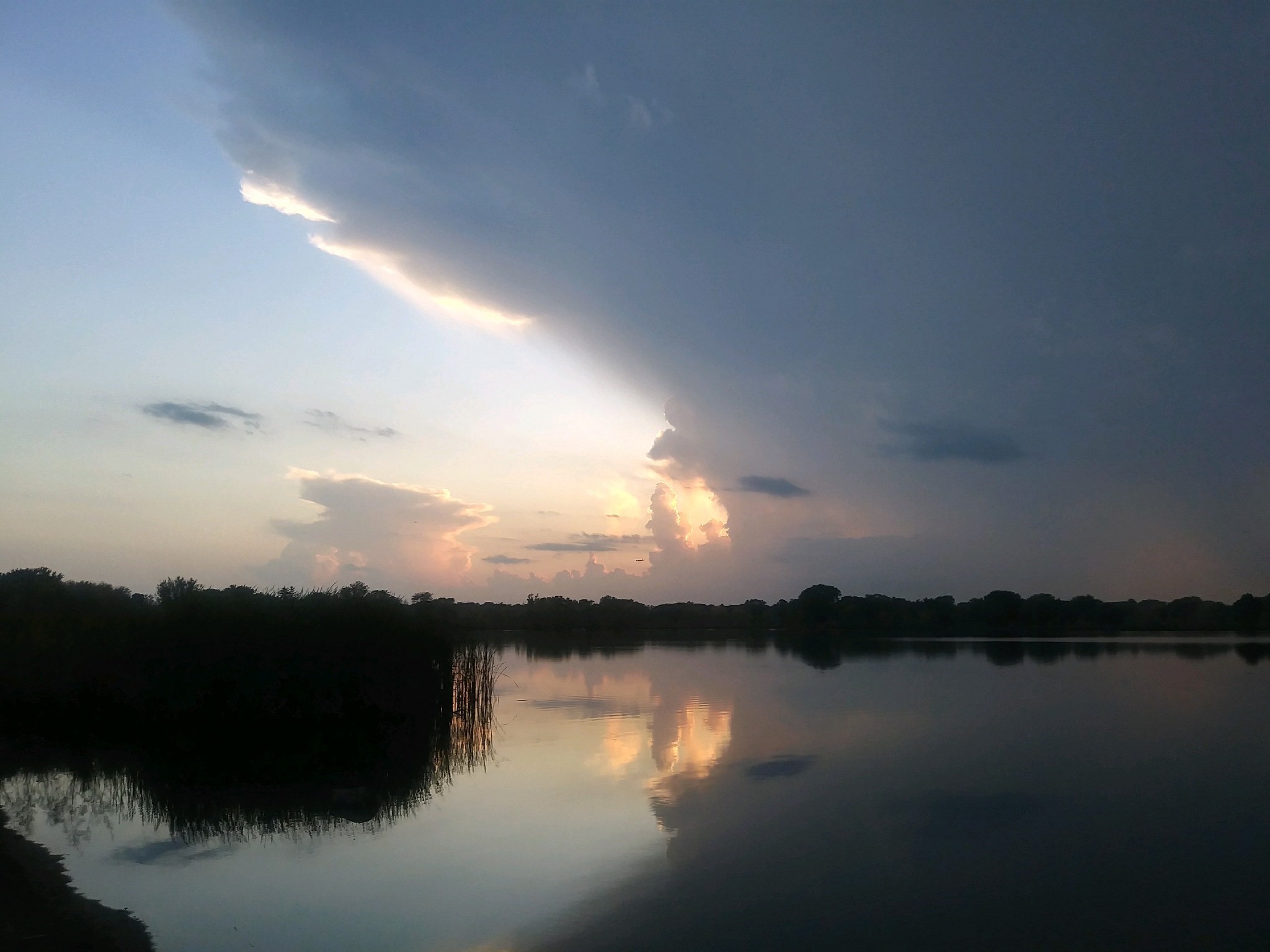 A cold front swept into the region during the evening, with a broken line of strong thunderstorms that were quite vigorous, but not severe. Colder and drier air moved in after the front passed, while the departing thunderstorms produced a brilliant light show after dusk to the east.