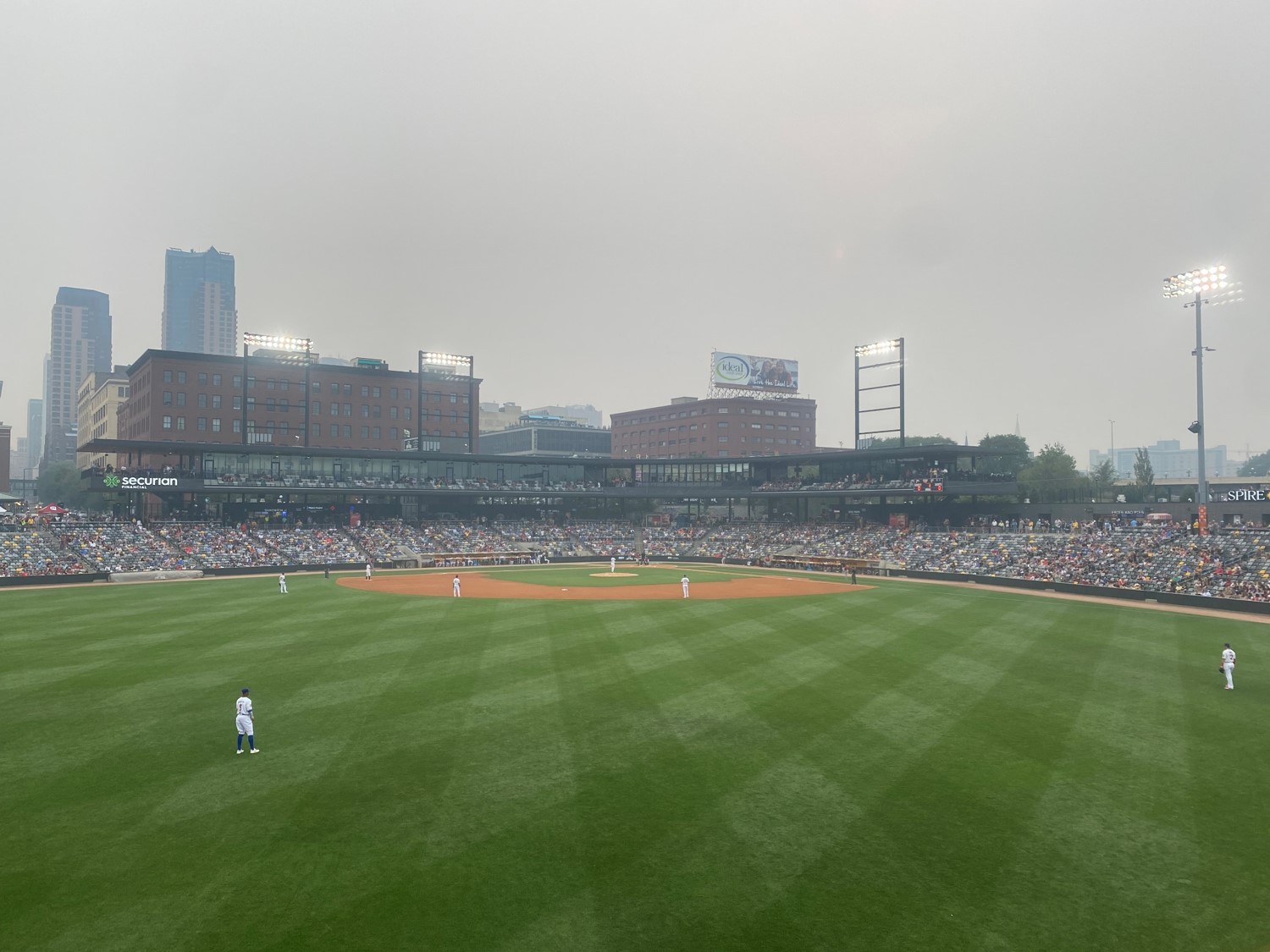 The skyline of downtown St. Paul, dimly visible from the nearby CHS Field, because of thick ground smoke on July 29, 2021. Note: the skies were otherwise "clear."
Courtesy: Greta Kaul

The summer of 2021 was dry and hot, but Minnesotans will also remember it as unusually smoky.

Forest fires in northern Minnesota, adjacent portions of Ontario and Manitoba, and massive ones in the western US, combined with regional and local wind patterns to fill the Minnesota skies--and sometimes air--with smoke. Dim sunshine, milky-looking skies, and a strong "campfire" odor dominated portions of the summer.

The Twin Cities International Airport reported smoke present on 25 different days between June and August, but by far the most noteworthy period was the long-duration "smoke outbreak" of July 28 - August 6. During this time, the smoke was so thick that it occasionally reduced surface visibility across Minnesota to a mile or less--values typically reserved for accumulating snowfalls or foggy episodes. The fine particulate matter from the smoke created imminent health hazards for vulnerable populations, and Minnesota Pollution Control Agency (MPCA) forecasters and analysts remained busy during that time, and for much of the summer, issuing Air Quality Alerts. The MPCA created an interactive storymap that provides details of this unprecedented smoke event.

Nobody enjoyed the smoke intrusion, but it did come with the benefit of reducing temperatures at a critical time. Drought conditions were escalating throughout much of the state during July, and the weather pattern favored dry and hot conditions. Th smoke filtered the sunshine enough to reduce temperatures by several degrees, and in that way prevented drought conditions from worsening even further in the middle of the summer.