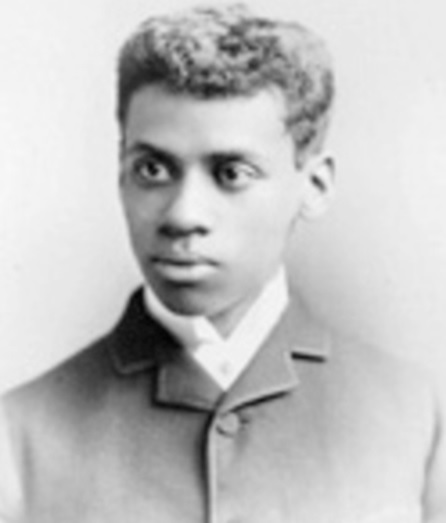 The first black meteorologist reported for duty at Pensacola, Florida in July 1885. This didn’t happen without a struggle, involving a brilliant student, two former Civil War generals, and the Great Emancipator’s son.

William Hallett Greene was the first black graduate of the City College of New York on June 26, 1884 at the age of 19. He was Secretary of his Class and the New York Times reported that the audience “applauded liberally” as his name was announced. Greene wanted to become a meteorologist, and in the 19th century that meant enlisting into the Signal Service Corps, which was a branch of the United States Army.

The head of the Signal Service Corps at the time was General William Babcock Hazen who served in Civil War battles for the Union with distinction and was interested in meteorological research. Under his direction the first comprehensive study of tornadoes was conducted.

The President of the City College of New York was Alexander Stewart Webb, another Union Civil War general who received the Medal of Honor at Gettysburg. Webb was offended by the refusal to enlist Greene. Webb penned:”…General Hazen is in error of his interpretation of the members of Congress...” Webb was the kind of guy who knew how to get things done and wrote directly to General Hazen’s boss, Secretary of War Robert Todd Lincoln, the eldest son of Abraham Lincoln.

Secretary of War Lincoln sent a letter to General Hazen: “Colored men have been Senators and Representatives in Congress…. No distinction should be made in admitting them to the Signal Service in any capacity which they are required to fill.” Lincoln sent a copy to President Webb and also asked Greene to reapply. General Hazen decided to argue with his superior, and said he would not act unless ordered to. This resulted in a direct order from Lincoln to allow Greene to apply. Which Greene did and enlisted in September 1884.

Greene scored high on the written examination for the Signal Service. Hazen reported to Lincoln that Greene had qualified and was accepted. Greene attended Cleveland Abbe’s Signal Service Meteorology School. Abbe is considered the father of the National Weather Service and his coursework was challenging. Out of 13 students, one deserted, two were dismissed, and one failed the final exam. Greene finished second out of the eight that remained. 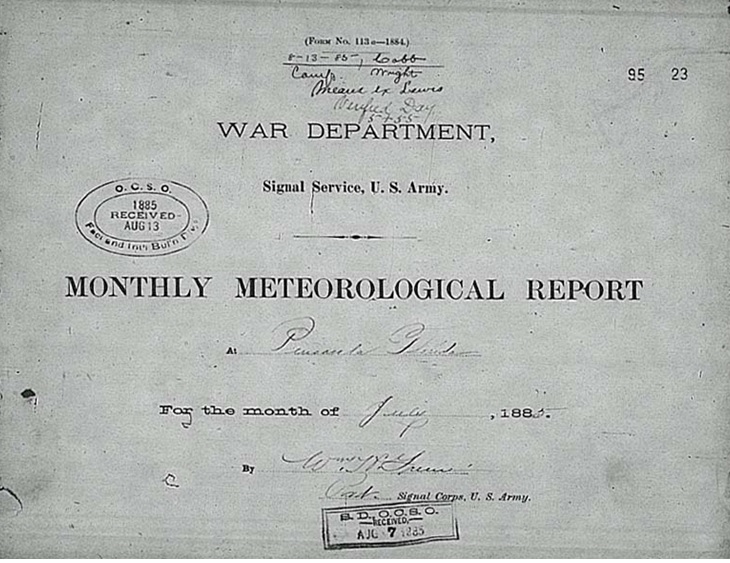 After graduation Private Greene was assigned to Signal Service at Pensacola, Florida. He was not welcome when he arrived. The station chief there, Sergeant McGowan had arranged for a place for the new meteorologist to live and Greene was not exactly who he and the landlord expected.

Sgt. McGowan refused to accept Private Greene. For disobedience, and probably at this point knowing what Lincoln’s thoughts would be, General Hazen ordered Sgt. McGowan back to Washington and demoted him to Private. Thus, Private Greene became the station chief by default. His first monthly report was in July, 1885 and remained there as chief until late 1885. Thus, William Hallett Greene was the first black observer, the first black forecaster and the first black section chief and paved the way for others to follow in his footsteps.

The drama between Hazen and Lincoln did not end here. A disagreement regarding a failed Arctic Exploration wound up with a Court Marshal for Hazen. A new presidential administration began in March 1885. Democrat Grover Cleveland replaced Republican Chester Arthur and Robert Todd Lincoln was no longer Secretary of War. Greene lost his champions and there began a series of accusations within the Signal Service against Greene, some dubious, that led to his dishonorable discharge in 1887. Now 22 years old, he returned to live with his father, mother and sisters in New York. Eventually he married and had a daughter. He worked later in a manufacturing company. His struggle opened the door for other blacks to join branches of the Army where they had been banned before.