Winter of Whiteouts in Northwestern Minnesota 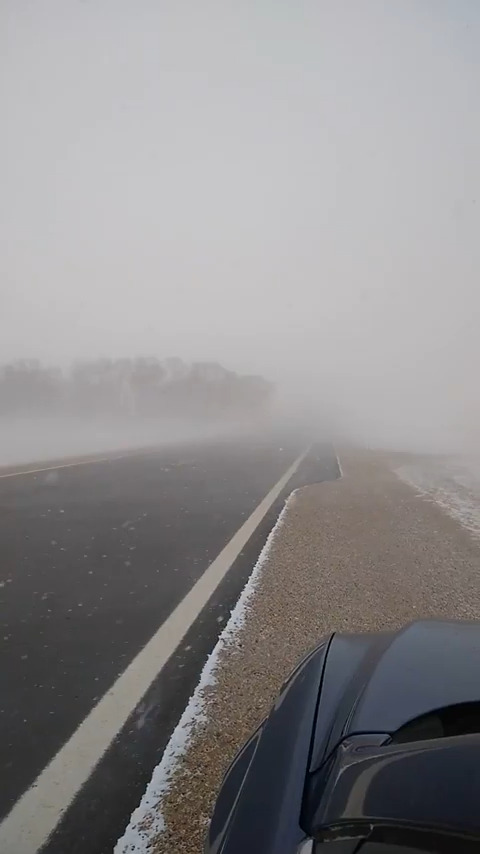 Blowing snow reducing visibility 50 yards or less, as seen from a car pulled over onto the shoulder in Stevens County, during a blizzard on February 18, 2022.
Courtesy: Minnesota State Climatology Office

In most of Minnesota, it's been a windy and changeable winter, but in northwestern Minnesota near the Red River Valley and in far western parts of the state, all of those winds and changes have meant frequent and sometimes severe blizzards.

Indeed, the winter of 2021-22 has kept forecasters, plow operators, and public safety personnel unusually busy in the open country of northwestern Minnesota, where howling winds and falling or fallen snow have produced frequent "whiteout" conditions.  Whiteouts occur when snow and wind reduce visibility to dangerously low levels--often a matter of feet. When winds gust to 60 mph or higher, as they have several times this winter in the Red River Valley, even a dusting of snow can turn into a disorienting and deadly affair. As of February 21, the National Weather Service forecast office in Grand Forks has issued 11 separate Blizzard Warnings for the 2021-22 winter, tying the most on record in the searchable database back to 2005.*  Blizzard warnings are issued to alert travelers and those working outside of life-threatening conditions.

The blizzards have been produced by an unusually active weather pattern, leading to a seemingly non-stop train of "Alberta Clipper" weather systems originating in southwestern Canada.** The high frequency of these systems has left the entire region in a changeable, windy pattern since late December. Most Minnesotans have experienced frigid mornings giving way to warm days, only to be followed quickly by fierce winds and plunging temperatures. The whiteout conditions and Blizzard Warnings have accompanied about half of these systems.

It's hard to know exactly how unusual this blizzard-prone pattern is, though in a searchable database that goes back to 2005, only the 2013-14 winter had as many Blizzard Warnings in northwestern Minnesota. It's quite likely that hyper-active winter storm season of 1996-97 had even more blizzards than this year and 2013-14, but warning procedures and record-keeping practices were very different than they are today, making comparisons quite difficult.

What is clear is that this winter has produced more blizzard conditions in northwestern Minnesota than most other winters in recent memory.

*This story will continue to be updated throughout the 2021-2022 winter.

**Although Alberta Clippers were responsible for the majority of the blizzards in 2021-22, and virtually all of them from late December through mid-February, a few did come from systems originating to the west or southwest of the region.