A climate normal is defined as the average of a variable over a continuous three-decade period. At the end of each decade, a new 30-year average is calculated. The statistic is a measure of the central tendency of the variable. Minnesota's highly variable climate leads to large year-to-year swings above and below this benchmark value.

The map below depicts normal annual snowfall for the normal period, 1981-2010. Click on the map to view a larger rendition.

The normal snowfall map incorporates data from the MNDNR Snow Rules project. The project gathered high spatial density snowfall data from 2002 through 2011 in three northeastern Minnesota counties (St. Louis, Lake, and Cook). Despite the nine-year time-span being less than the 30-year normal period, these data were included to offer an picture of the unique snowfall patterns found along Minnesota's North Shore. 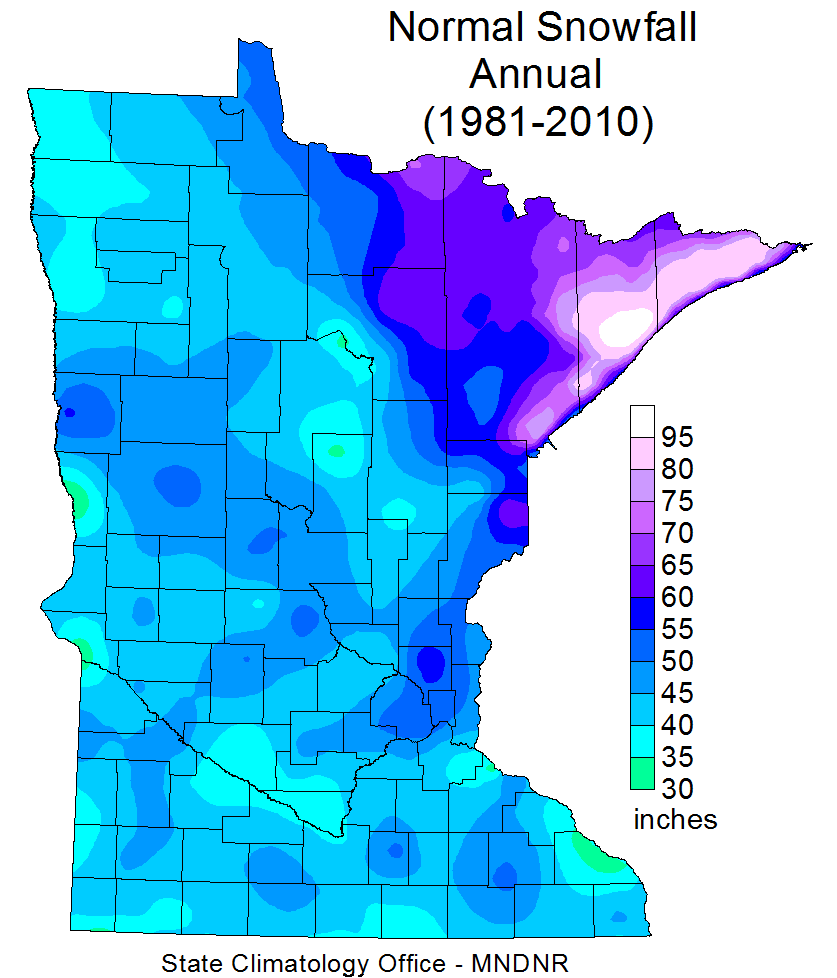