Kyle Johnson, a Minnesota Biological Survey (MBS) Entomologist, recently detailed the results of his final update from the field to cap off the season.

"The past couple weeks have been surprisingly fruitful for Lepidoptera (moths and butterflies) with 70 species documented. Starting on October 20th I explored portions of Carlton, Itasca, Beltrami, Lake of the Woods, Roseau, and Kittson counties. Warm weather persisted for many days, yielding a multitude of new records of poorly-documented late-season moths. One of these is the Bruce spanworm (Operophtera bruceata), a biologically common moth, frequently seen at building lights in the Metro area, but its overall distribution is poorly documented due to its very late flight season. It is probably the most cold-hardy moth in the state and can fly with temperatures below freezing - even during light snow showers.

Last Thursday, the season abruptly changed to winter, with 5-7 inches of snow blanketing Norris Camp in Lake of the Woods county. So up here it's onward to the winter insect season, although a few Bruce spanworms will undoubtedly continue their routine over the next week or two, undaunted by the wintry white."

Lithophane disposita found on the North Shore of the upper Red Lake in Beltrami County.

The Herald, Scoliopteryx libatrix, found in the Red Lake Peatland in Beltrami County.

Norris Camp in Lake of the Woods County. 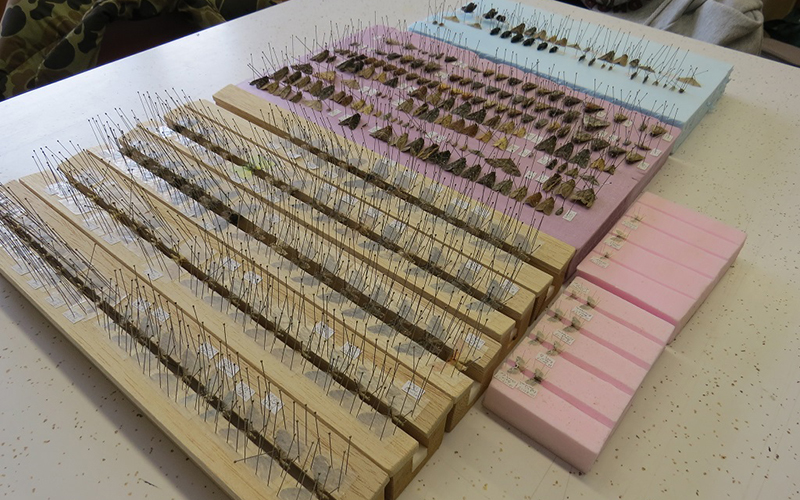