Minnesota is home to over 500 species of mosses, liverworts and hornworts, collectively known as bryophytes. Compared to other plants, bryophytes are small and relatively simple- they lack roots and a vascular system. Bryophytes do not have seeds or flowers; instead they reproduce largely via spores or vegetatively. They now inhabit a variety of environments throughout the state, growing in mats or cushions on rocks, soil, or on bark and coarse woody debris of forest trees. Identifying mosses and bryophytes can be difficult due to their diminutive stature and subtle differences between species. 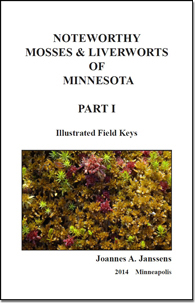 Noteworthy Mosses and Liverworts of Minnesota Part I (large file: 126Mb)
The keys focus on features visible in the field—along with photographs—that illustrate identifiable characteristics for nearly 100 of Minnesota's most-frequently recorded and widespread moss and bryophyte species. 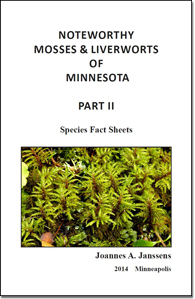 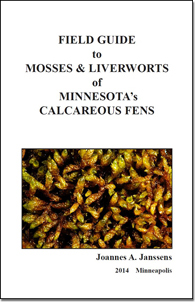 Field Guide to Mosses and Liverworts of Minnesota's Calcareous Fens (24.3Mb)
This booklet provides a combination of keys and factsheets for 25 of the most-frequently found species in Minnesota's calcareous fens. 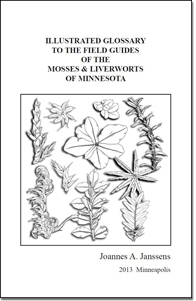