Turtle traps are baited and set in emergent marsh habitats. Hoop traps of various sizes are often used with leads that guide turtles into the trap entrance. Binoculars and spotting scopes are also used to scan wetlands and riparian habitats for basking turtles. 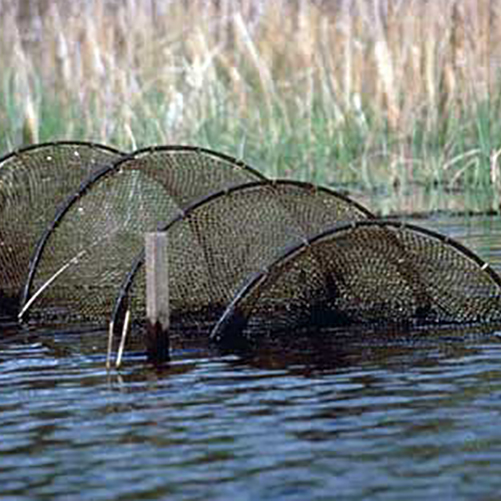 Turtle traps are checked on a regular basis. (Photo by Carol Hall)

Data is taken on captured turtles (such as measurements and weight) before release. (Photo by Carol Hall)

Measurements taken on a Blanding's turtle. (Photo by Kelly Pharis)