Pinks can be fairly easy to find, and they fight extremely hard for their size. They are a great species for those learning to fly fish as well as experienced anglers who want to tune skills prior to the spring steelhead run. Pink salmon often enter Lake Superior’s tributaries in great numbers.

This article covers everything you need to know about catching pink salmon, Including when, where and the gear you need.

How To Identify a Pink Salmon

Pink salmon are often referred to as “pinks” because of the pink hue on their sides during the spawn. They are also called “humpies” because of the large hump on their back, a feature that is more predominant on male pinks. The upper half of their bodies are a greenish/olive color with dark oval spots. The lower half is mostly white. They have small scales and a slightly forked tail. 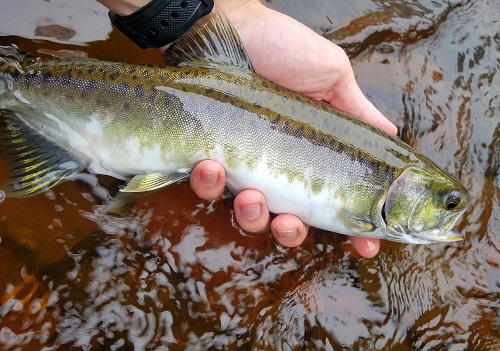 How big do pinks get?

Most pinks are typically 12 to 16 inches long and weigh a couple of pounds. Although they not as large as some trout and salmon species found on the North Shore, they do put up quite a fight. The biggest pink salmon caught in Minnesota was hooked in the Cascade River in 1989. That fish weighed 4.5 pounds and was nearly two feet long! 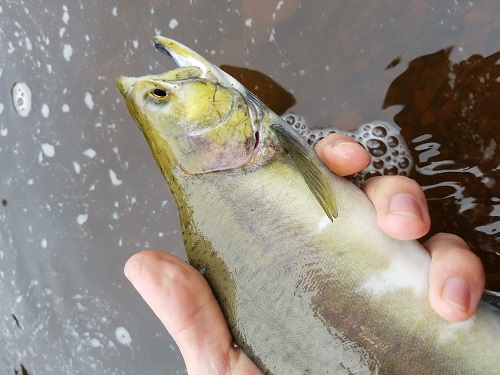 Can I keep a pink?

Check Minnesota Department of Natural Resources fishing regulations for current possession and length limits. In recent years anglers have been able keep a combination of any five salmon (Chinook, Atlantic, coho and pink) that are at least 10 inches in length. But do check to make sure the regulation has not changed. Although not known as the best-eating fish, you shouldn’t feel bad about keeping a few pinks as table fare as pinks do not survive after spawning. So, keeping a limit of pinks has minimal impact on the overall population. Unlike steelhead that run up a river to spawn then travel back down to Lake Superior, pink salmon stay in rivers after spawning but start to decay after a few weeks.

When Can I Catch Them?

The fall run usually begins in September but can start as early as August or as late as October, depending on river flow and water temperature. A key to productive fishing is to track North Shore river flows. Look for spikes in river flows as these events draw pinks into rivers. Generally, a day or two after a significant rain is the best time to fish the North Shore for pinks. However, it is also true that a spike in flow will make that river more difficult to fish and decrease visibility into the water.

The life cycle of a pink salmon consists of a fall spawn, winter hatch and then young fish moving out to the lake, where they grow and return to rivers two years later. Originally, pink salmon spawned every other year (on even years) but these days pink salmon runs occur every year.

Where Can I Catch Them?

There is no secret spot where you catch pink salmon. Most Lake Superior tributaries from Duluth to Canada have a run of pinks. It is usually a good idea to start at the mouth of a river and work your way up. Pinks are not the best jumpers. So, if you get to a medium-sized waterfall there is a good chance they haven’t made it past that point.

North Shore river water is much lower and clearer in autumn than spring. This makes it fairly easy to target pinks as they will often school together and swim close to the surface. Their bright white bellies tend to give them away as they dart around, often towards the tailout of bigger holes. However, don’t overlook deep pools and seams. These also hold pinks as well as brook, brown and rainbow trout, or even coho salmon.

What Kind of Fishing Gear Do I Need?

You can catch pinks on nearly any type of fishing equipment but the most popular method is using a fly rod and reel. A standard 4-5 weight 9-foot fly rod is perfect. Still, you can use anything from a 3 weight to an 8 weight. You’ll want to use a fluorocarbon tippet between 3x and 5x (5-pound to 10-pound) because of the clear water. 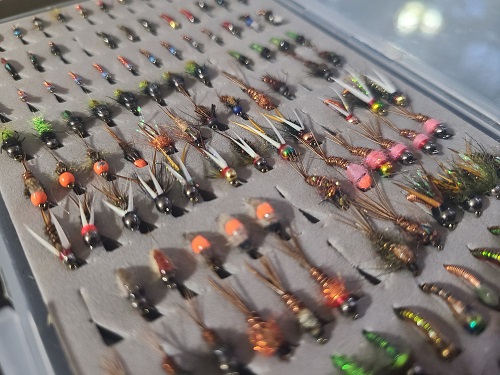 Fly fishing techniques for catching pinks are similar to those for catching other trout and salmon species. Depending on water conditions, a variety of nymphs, egg patterns and streamers can be used. In slow, somewhat clear water a good option is to use small nymphs (size 12 to 20). This includes Frenchies, pheasant tails, copper johns, prince nymphs, scuds and zebra midges.

In faster, slightly dirtier water you may want to try fishing bright egg patterns such as glo-bugs or beads. If you aren’t getting bites using nymphs, or if you are looking to step up the size of fish you are catching, try throwing a streamer. A good option is a size 8 bead-headed wooly bugger in black, olive or pink. Another great option is a standard muddler minnow. Even though pinks will come to the surface it is best to fish a weighted streamer – do this by adding a few split-shot to your leader - or some type of sink-tip line. The added weight will allow you to strip your streamer in short quick strips to entice a big humpie to bite! 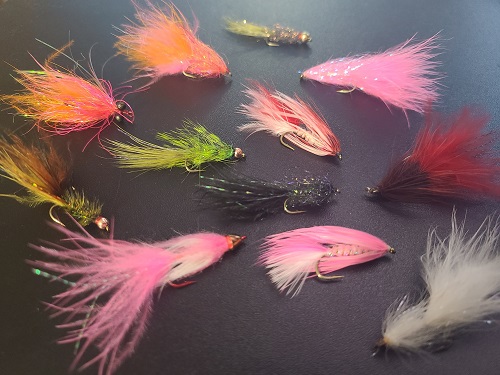