The DNR has been leading a series of intensive invasive carp capture events each spring and fall in the Mississippi River. The innovative Modified-Unified Method (MUM) combines netting and herding techniques to drive and concentrate invasive carp from a large area of water into a small zone for capture. MUM is one of many techniques the DNR and partners are using to help prevent invasive carp in Minnesota waters.

The first MUM operation, held in Pool 8 near La Crosse in April 2021, may have been the first time the method was used anywhere as an early detection and rapid response technique. The DNR is conducting this work in partnership with the Wisconsin Department of Natural Resources, the U.S. Geological Survey (USGS) and the U.S. Fish and Wildlife Service.

The first MUM operation was designed as part of a response to the capture of 39 silver carp and 12 grass carp in Pool 8 in March 2020. The goal is to capture invasive carp for tagging or removal, curb the potential for invasive carp reproduction, and prevent their establishment in the Upper Mississippi River Basin. The operations also yield more detailed information about current invasive carp distribution. The application of the MUM technique continues to evolve as information is learned on timing, netting techniques, herding techniques and locations to target. Because this technique is usually applied in areas with high abundance of invasive carp, there is much to be learned about its application in low-density areas like Minnesota.

The Modified-Unified Method, developed by the USGS, uses block nets to create compartments or “cells” from which the fish can be driven. Participants then use electrofishing boats and boats outfitted with underwater speakers to herd carp from each cell. When a cell is cleared, another net is used to close the cell and prevent the fish from returning. This process is repeated one cell at a time, gradually reducing the area available to the carp and concentrating the fish into a harvest removal area, where a large commercial seine will be used to draw out the congregated fish. Native fish do not seem to respond as strongly as the invasive carp, preferring to hide, rather than run, from the sound stimulus.

Many native fish are also captured and surveyed (all native fish are released), including 46 paddlefish at one site in April 2022. The high abundance of native fish indicates the effectiveness of the method at catching fish, and is also a positive indicator of the health of these native fisheries. 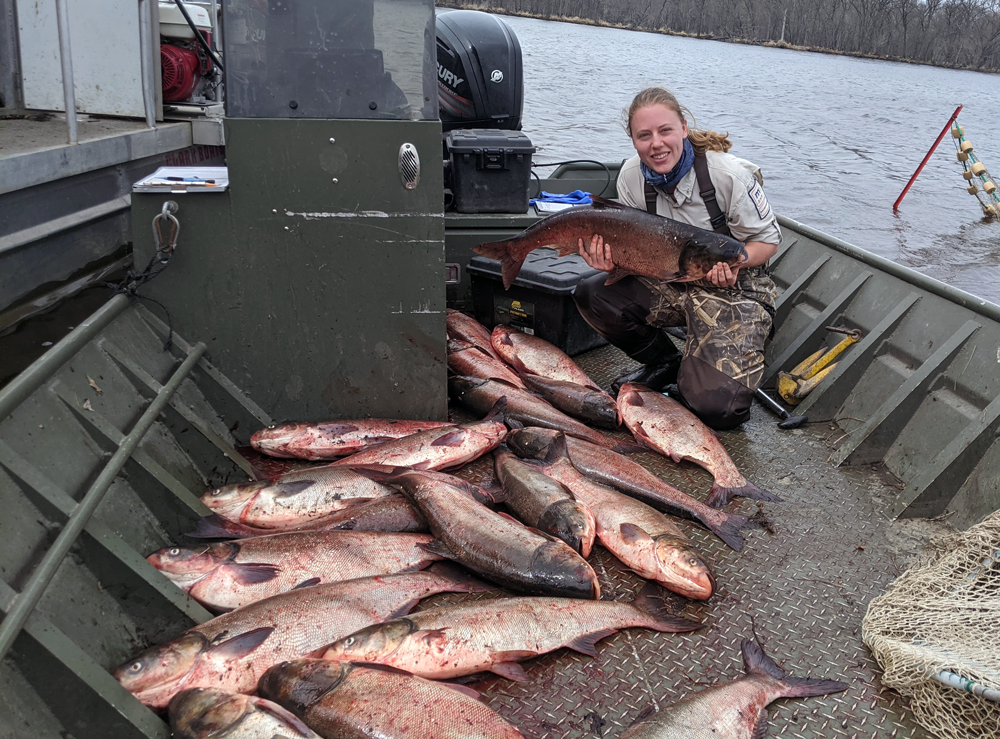 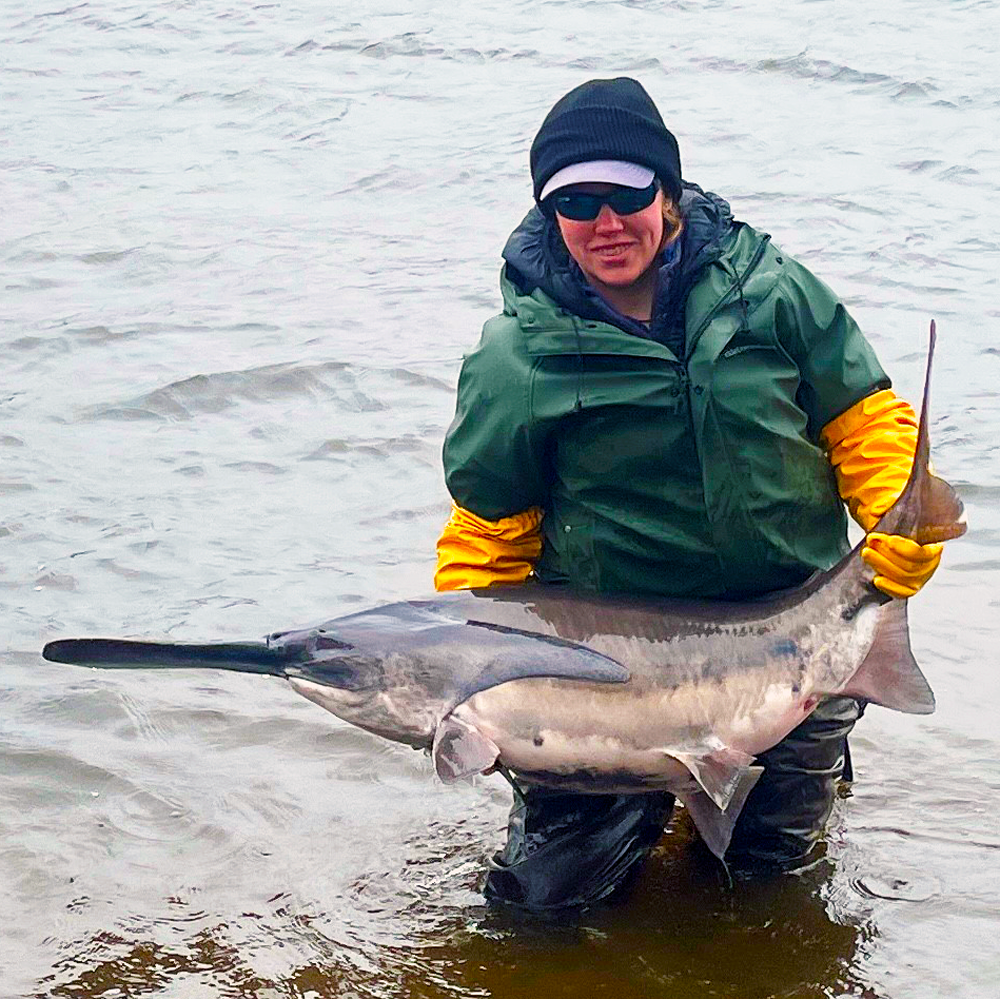 Invasive carp captures must be reported to the DNR immediately. Call 651-587-2781 or email [email protected] (link sends email). Take a photo and transport the carp to the nearest DNR fisheries office or arrange for it to be picked up by a DNR official.