Minnesota's climate already is changing rapidly and will continue to do so for the foreseeable future. Temperatures are increasing -- especially in winter -- and larger, more frequent extreme precipitation events are occurring.

Substantial warming during winter and at night, increased precipitation, and heavier downpours already have affected our natural resources, and how we interact with and use them. The decades ahead will bring even warmer winters and nights, and even larger rainfalls, along with the likelihood of increased summer heat and the potential for longer dry spells.

Explore available data on historic temperature and precipitation trends throughout the state with our Minnesota Climate Trends map.

Minnesota keeps getting warmer and wetter 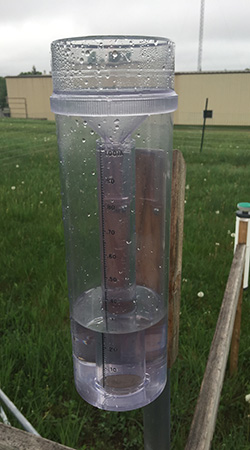 Minnesota has warmed by 3.0 degrees F between 1895 and 2020, while annual precipitation increased by an average of 3.4 inches. Although Minnesota has gotten warmer and wetter since 1895, the most dramatic changes have come in the past several decades. Compared to 20th century averages, all but two years since 1970 have been warm, wet, or both, and each of the top-10 combined warmest and wettest years on record occurred between 1998 and 2020. Although climate conditions will vary from year to year, these increases are expected to continue through the 21st century. 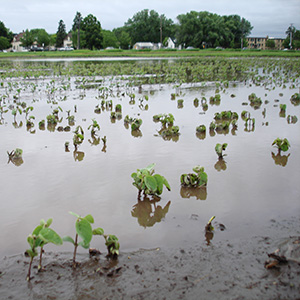 Heavy rains are now more common in Minnesota and more intense than at any time on record. Long-term observation sites have seen dramatic increases in 1-inch rains, 3-inch rains, and the size of the heaviest rainfall of the year. Since 2000, Minnesota has seen a significant uptick in devastating, large-area extreme rainstorms as well. Rains that historically would have been in the 98th percentile annually (the largest 2%) have become more common. Climate projections indicate these big rains will continue increasing into the future.

Most of Minnesota’s observed warming has been when it’s coolest. Over the entire period of record (back to January of 1895), average daily minimum or low temperatures have risen at more than twice the rate of average daily maximum or high temperatures, and the winter season (December through February) has warmed 2-3 times faster than summer (June through August). Winter warming rates in particular have risen even more sharply in recent decades, and from 1970 through 2021, average daily winter low temperatures rose more than 15 times faster than average daily summer high temperatures. The frequencies of -35° F readings in northern Minnesota and -25° F readings in the south have fallen by up to 90%. We don’t get as cold as we once did, and even though Minnesota always will see periodic severe cold spells, the long-term decline in cold extremes is all but guaranteed to continue. 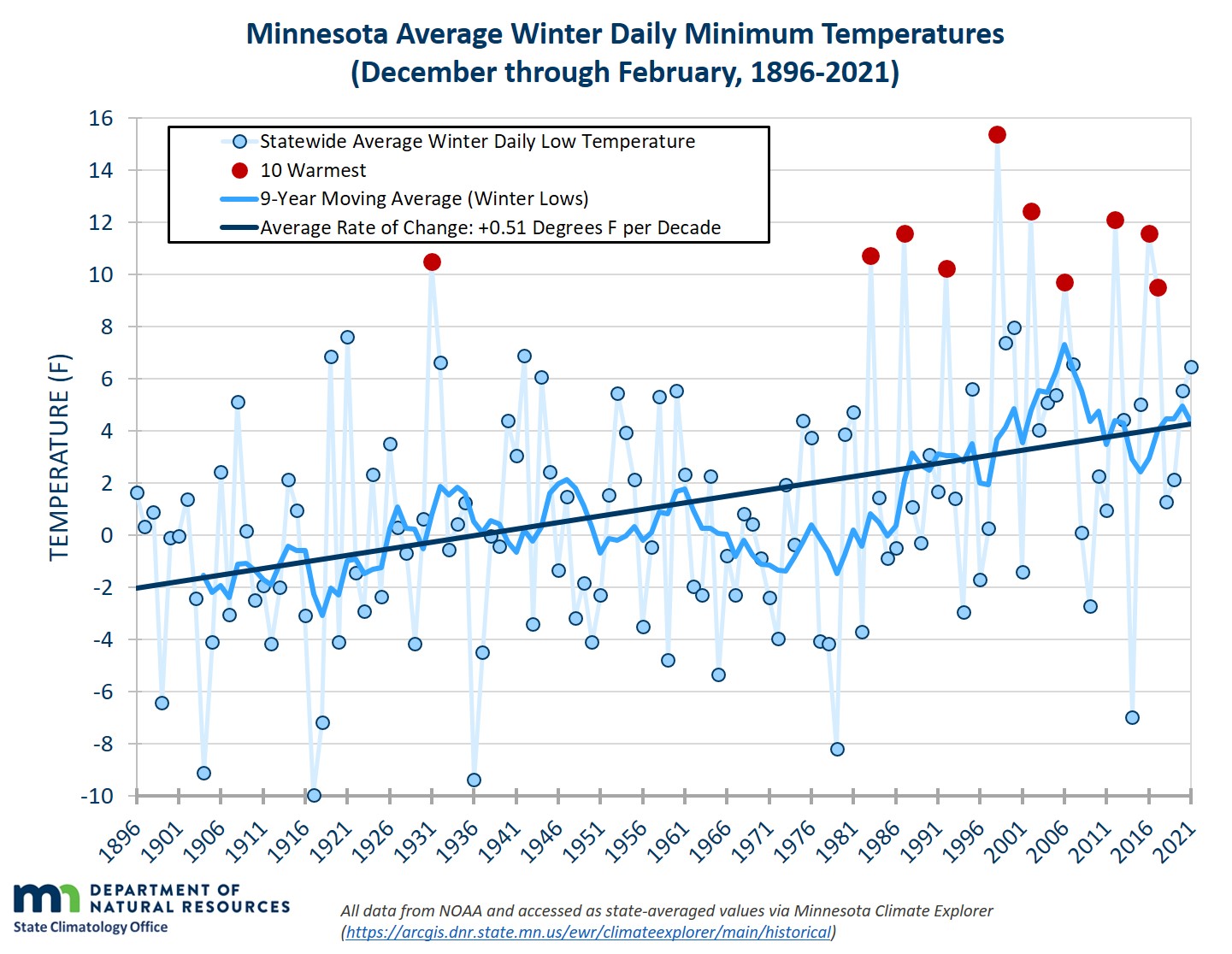