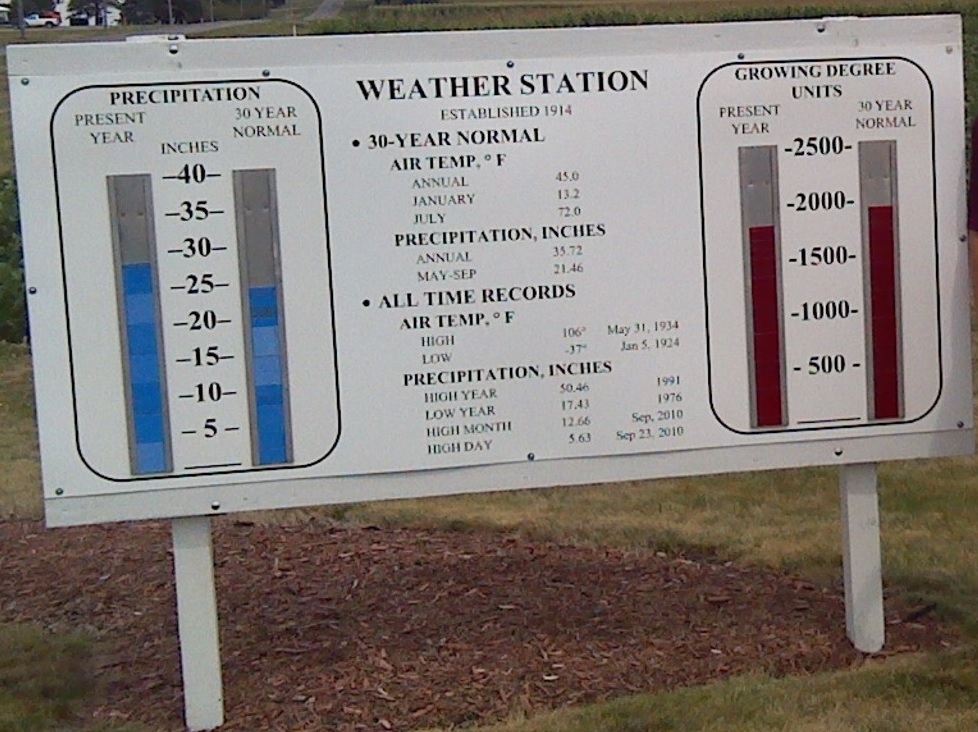 Waseca finished 2016 with a total of 56.24 inches, 63% of which fell between July and September, punctuated by over 10 inches of rain in two days near the end of that period.

The old statewide annual record was 53.52 inches of precipitation at St. Francis in Anoka County in 1991.

The Waseca station is located at the University of Minnesota Southern Research and Outreach Center and has been at that location since 1914. The 1981-2010 normal precipitation for Waseca is 35.72 inches.

The National Weather Service Volunteer Cooperative Network began in 1890 and historically consists of approximately 175 active stations in a given year in Minnesota. The 2016 Waseca precipitation record is the highest in over 20,000 statewide annual precipitation totals over the past 125 years.

The wet conditions led to other stations breaking their own all-time annual precipitation records, especially in the southern portions of Minnesota. Below are the annual records set in 2016 for stations having at least 75 years of precipitation observations.