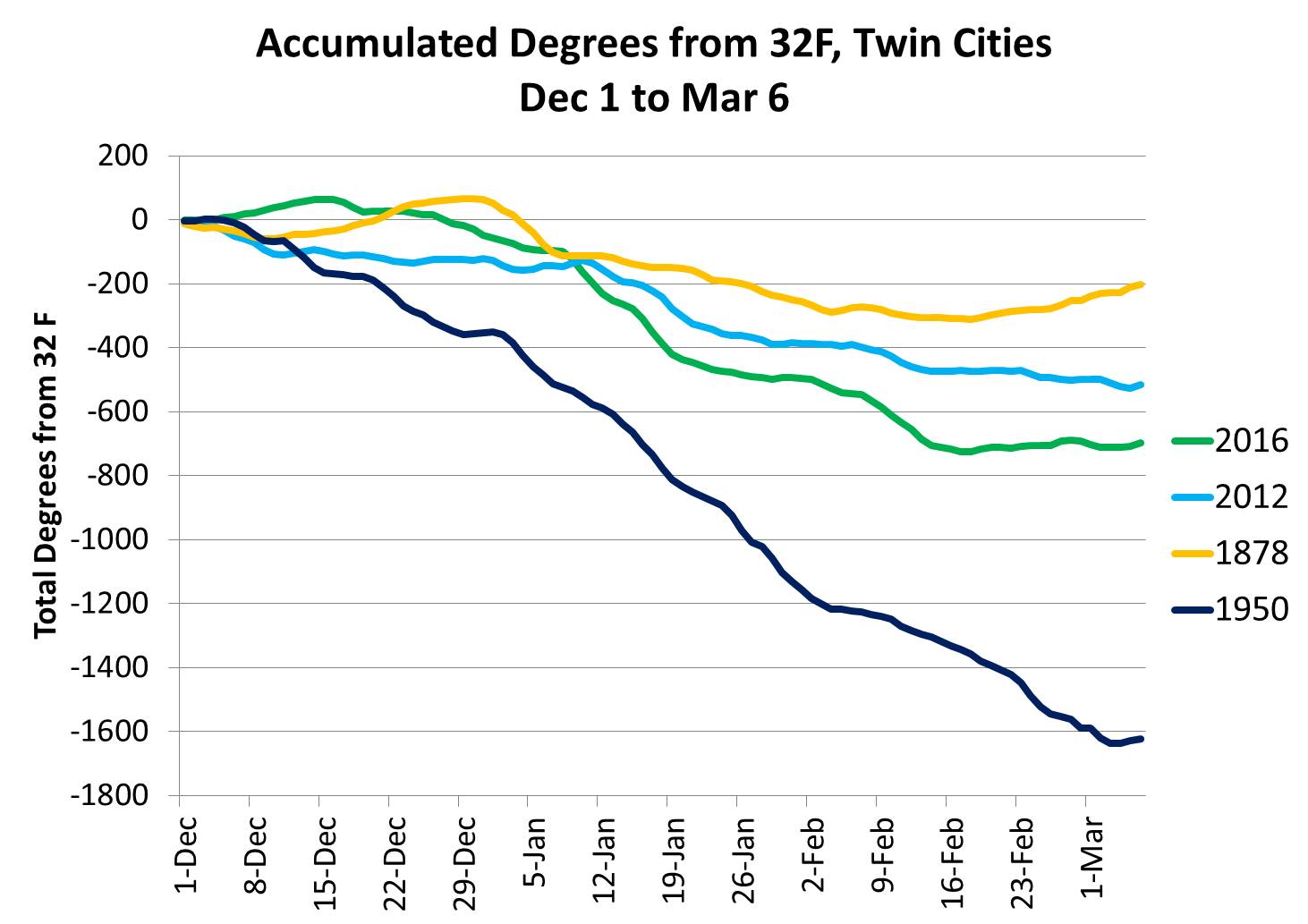 As the days warm and the snow cover fades away, attention is then turned to the status of lake ice out across the state. Predicting lake ice out is very tricky and much depends on the weather conditions for March, April (and sometimes May.) However, an inking of when the ice will leave the lakes earlier or later than the median ice out may be gleaned from the accumulation of degrees above and below 32 degrees for the winter. For example, an average daily temperature of zero, 32 negative degree days were tallied for that day. A really cold winter can really add up. A benign winter, not so much.

How does the winter of 2015-16 stack up? While not as mild as 1877-78 or even 2011-12 it has been a fairly mild winter. The ice was not excessively thick on the lakes and this may help ice out tend to be before the median dates. By how many days or weeks? That all depends on what Spring 2016 brings.