Another Very Wet Year in Minnesota 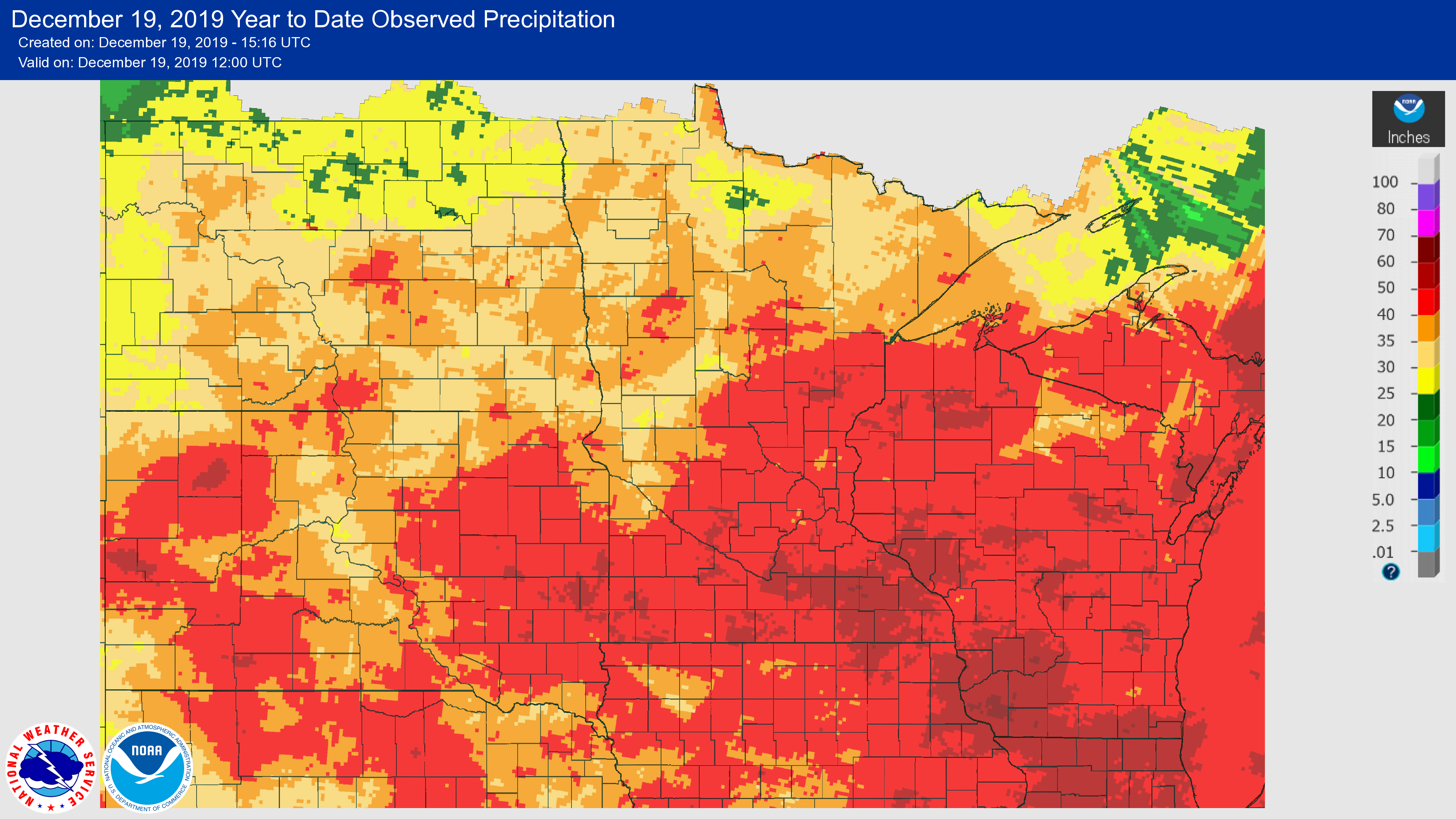 2019 was another banner year for precipitation in Minnesota, with over 20 individual annual precipitation records set, and the state turning in its wettest year on record.

After a typical to slightly dry January, the precipitation came fast and furious between February and May, with heavy late-winter snows and spring rains contributing to near-record stream and river flooding throughout the state. The summer period saw near-average precipitation, although isolated very heavy rainfall events did lead to isolated areas remaining wetter than normal during that time.

Extremely wet conditions resumed during the fall, with September and October each running at least 50% wetter than average over the vast majority of Minnesota. Precipitation surpluses were especially large during September, when over half of the state received at least two times the normal amount of precipitation.

Precipitation totals for the year exceeded 30 inches over all but about 5-10% of the state, mainly in far northern Minnesota, with totals exceeding 50 inches in parts of southern and southeastern Minnesota. Well over half of the state was 12-20 inches (or 50-70%) wetter than normal. Annual surpluses of that magnitude over such a large area contributed to 2019 being Minnesota's wettest year on record, on a statewide-average basis, with an average of 35.51 inches. This eclipsed the old record of 33.93 inches, set in 1977.

The Twin Cities International airport, part of the longest station history in the state, had just broken its record in 2016, but broke it again in 2019, with 44.17 inches. Other records fell in St. Cloud, Owatonna, Marshall, Winona, Zumbrota, Elgin, Pipestone, Canby, Minneota, Morris, Artichoke Lake, and Faribault. The majority of these stations broke records that had been set this decade.

Below is a list of precipitation records set in 2019 by stations with over 50 years of observations.