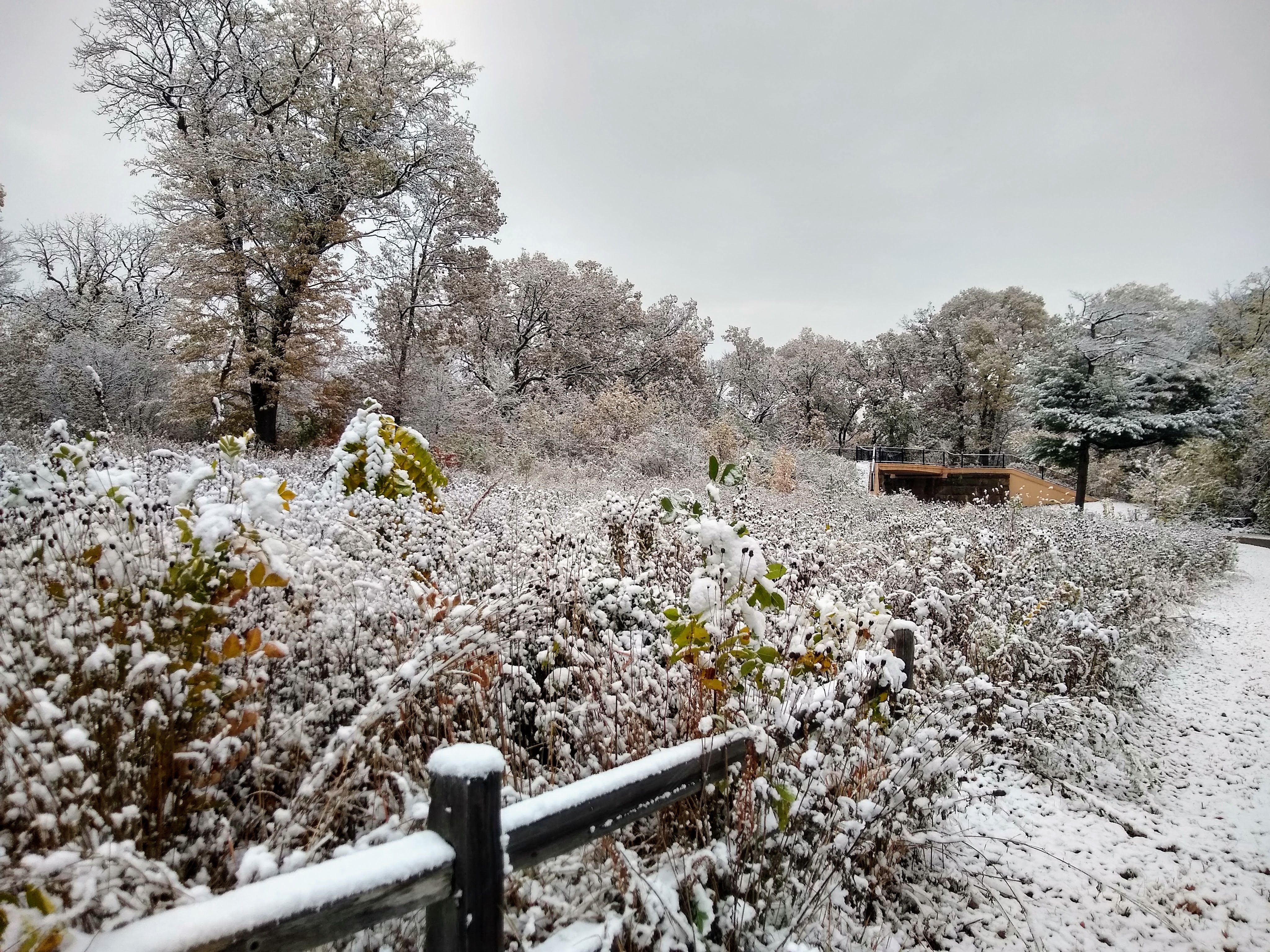 There had been flakes and coatings in northern Minnesota already this autumn, but the first widespread accumulating snow of the season produced picturesque morning scenes across all but the southwestern third of the state on Friday October 14, 2022.

The snow fell as an upper-level disturbance associated with cold air moved over the region. The snow fell in bands and waves overnight and into the morning hours. Some of the snow bursts allowed for sticky accumulations on grassy surfaces, fence posts, picnic tables, and on many trees. With vibrant fall colors exploding across much of Minnesota, the snow produced uniquely photogenic landscapes, as the white snow contrasted sharply with the bright orange and red leaves.

This was a relatively early accumulating snow, especially near the Twin Cities. Early snows appear to have little or no bearing on the rest of winter, however.