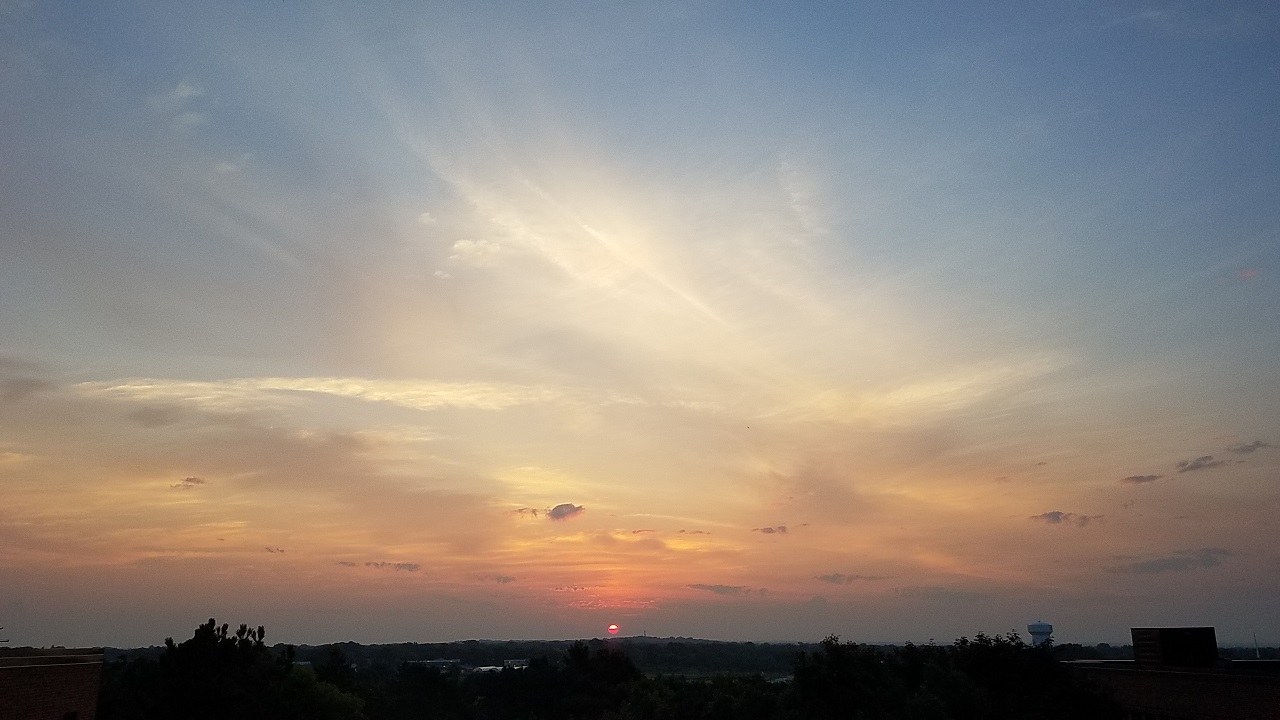 Smoky Sunrise over the St. Paul Campus of the U of M: August 14, 2018
Courtesy: James Brozowski

Minnesota is veilied under smoky skies in August 2018, with reduced air quality.

The dry and warm August had an additional feature that ebbed and flowed during month: smoky skies. The smoke was due to wildfire smoke from British Columbia, Alberta, and western Ontario. At times the smoke was thick enough to give the impression of an overcast sky. On August 11, smoke was close enough to the ground to reduce visibilities to seven miles in the Twin Cities.

There were enough fine particulates in the air to prompt the Minnesota Pollution Control Agency to issue Air Quality Alerts for fine particle pollution that was at, or above, a level that is considered unhealthy for sensitive groups. The smoke was prevalent on Friday August 10 and Saturday August 11. Another plume of smoke drifted south across the state during the day of Friday, August 17, casting a pall on the terrain through weakened sunshine.

The smoke was thick enough at times to impact the high temperature by several degrees.

There have been smoky skies over Minnesota before, with a memorable event on July 6, 2015