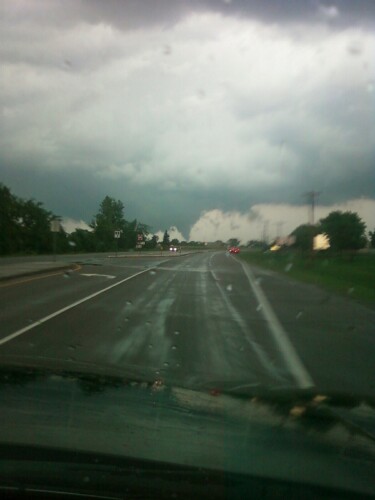 This story has been updated from the original version.

On June 17, 2010, a powerful storm system plowed into Minnesota, producing the largest tornado outbreak on record in the state, along with damaging thunderstorm winds, hail, and flooding rains. The tornadoes killed three people, injured many more, and produced extensive property damage. The fatalities occurred at three widely dispersed locations; Mentor in Polk County, near Almora in Otter Tail County, and near Albert Lea in Freeborn County. Some of the tornadoes were unusually destructive, leading to homes and even neighborhoods being all but wiped out in Wadena (Wadena County).

The tornado outbreak was notable for its geographic extent, duration, and for the number of tornadoes it produced. Over a six-hour period beginning just before 3:30 PM, 48 tornadoes affected 22 counties in northwestern, west-central, central, east-central, south-central, and southeastern Minnesota.

Many of the tornadoes produced significant damage as well. Fifteen of them were rated EF-2 or greater, with estimated wind speeds exceeding 110 mph. Among these 15 tornadoes, three were rated EF-4 (estimated winds exceeding 165 mph), and four others were rated EF-3 (winds 136-165 mph). To put these numbers in perspective, Minnesota did not report any EF-3 or EF-4 tornadoes from 2011 through 2019, and had a total of 15 EF-2 tornadoes during that entire period.

Prior to this outbreak, the greatest number of tornadoes reported in a single day in Minnesota was 27, on June 16, 1992. That outbreak also produced violent and killer tornadoes, including the state's last confirmed F-5 tornado, at Chandler. (Note that the former F-scale or "Fujita Scale" became the "Enhanced Fujita Scale" or EF-scale in 2007.)

Tornado observation and reporting now benefit from advanced radar techniques, near-storm analytical capabilities, sophisticated weather spotter networks, and modern communication technologies, giving tornado detection and confirmation an edge over historical episodes. It is entirely possible that other Minnesota tornado outbreaks in the past produced numbers that rivaled those of June 17, 2010. We simply cannot know what was not counted. We can be sure, however, that this tornado outbreak was operating at the high end, with numerous intense tornadoes covering an unusually large area.

Multiple tornado fatalities in a single day are fortunately rare, especially in modern times. The last time more than one person was killed by tornadoes during a single day had been March 29, 1998, when tornadoes devastated Comfrey and St. Peter in south central Minnesota. No tornado event between 2011 and 2019 produced multiple fatalities either. 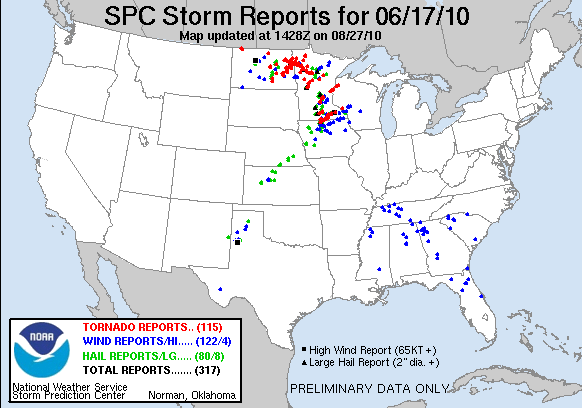