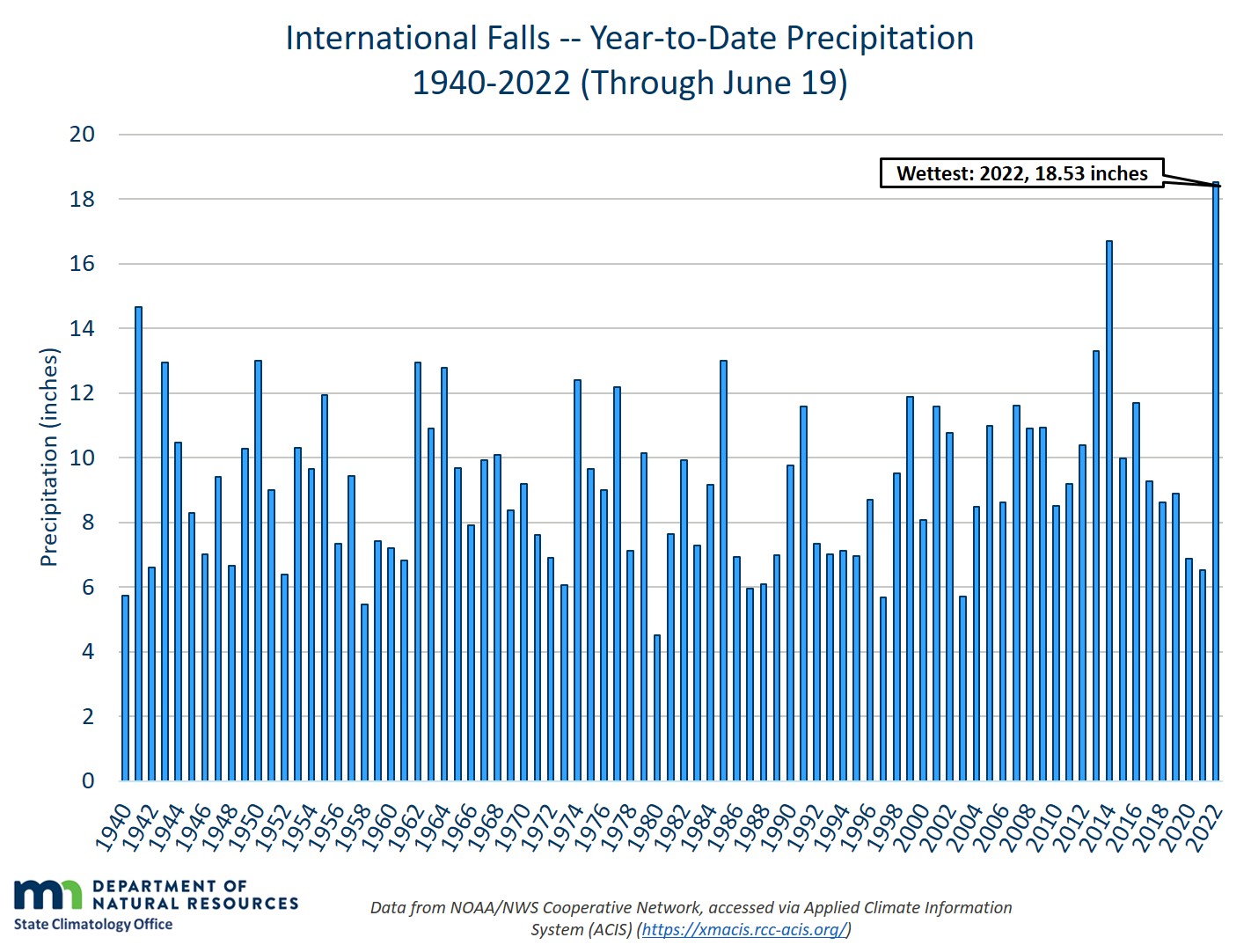 Note: this page will be updated periodically until the major flood risk subsides in Minnesota.

Parts of Minnesota hardest-hit by the major drought of 2021 became extremely wet during the 2022 spring, leading to high stream and lake levels in northern parts of the state, where some areas have experienced historic flooding.

Frequent late-winter snowstorms gave way to frequent rains, and then to bouts of heavy thunderstorms during May. Through June 19, year-to-date precipitation at International Falls was 18.53 inches, which is almost two times times greater than the 1991-2020 normal year-to-date precipitation of 9.47 inches, and 11% wetter than the next-wettest year on record (2014, which had 16.69 inches through June 19). Of Minnesota's other primary "first-order" stations, all but the Twin Cities have above-normal precipitation so far for the year.

Across Minnesota, only small pockets of southern, western, and central Minnesota have seen below-normal precipitation for the year so far, with near-normal precipitation accounting for a slightly larger area around it. The other approximately 75% of the state has been wet to extremely wet, with the wettest conditions beginning in middle-late March and continuing into May, and concentrated along Minnesota's northwestern, northern, and northeastern edges. The Wolf Ridge Environmental Learning Center, high in the hills above Lake Superior, had the most precipitation in the state through June 19, with 21.64 inches, followed by Goodridge, with 20.01 inches, and Grand Portage, with 19.94 inches. In northwestern and northern Minnesota, precipitation to date has been two to as much as five times greater than through this time in 2021.

These wet conditions have led to high water and flooding  throughout central and northern Minnesota, with major and historic flood conditions in far northern Minnesota, along and near the Rainy River. Additional high flows have occurred on the east side of the Laurentian Divide, with streams like the Pigeon River, which flow into Lake Superior, breaking longstanding records. With over 100 years of data, the Pigeon River set its all-time flow record. Major flooding has also affected the Red River on the Minnesota/North Dakota border, though this flooding has not been as historically significant as the floods in far northern and northeastern Minnesota. 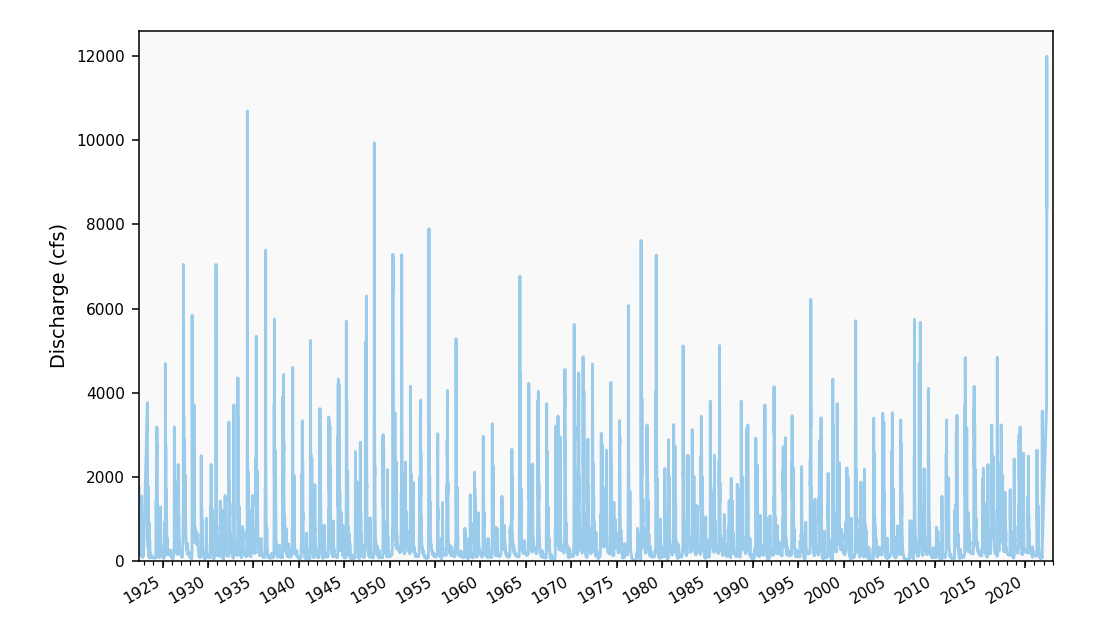 Graph showing ranges of flow ("discharge") at the Pigeon River at Midddle Falls near Grand Portage for 1922-2022, with the record flow observed during May 2022. Units are cubic-feet of water per second (CFS).
Source: Data from United States Geological Survey, via Minnesota Cooperative Stream Gaging Network.

The geographic pattern of absolute and relative wetness represents a near "flip" from the worst of the 2021 drought, when the rare "Exceptional Drought" conditions extended in a southwest-to-northeast band from the Red River north of Moorhead, through the Red Lake Nation, and up to the Rainy River, just west of International Falls.

During the dry years of 2020 and 2021, flooding in Minnesota had been isolated, rather limited in breadth and severity, and related mostly to runoff from heavy rainfall events. The flooding in 2022 has been caused by a trifecta of deep snow , persistent or recurrent precipitation, and scattered intense rainfall events, resembling conditions that were more common in Minnesota mid and late-2010s.

Lake of the Woods Levels