History of the High Spatial Density Precipitation Network in Minnesota 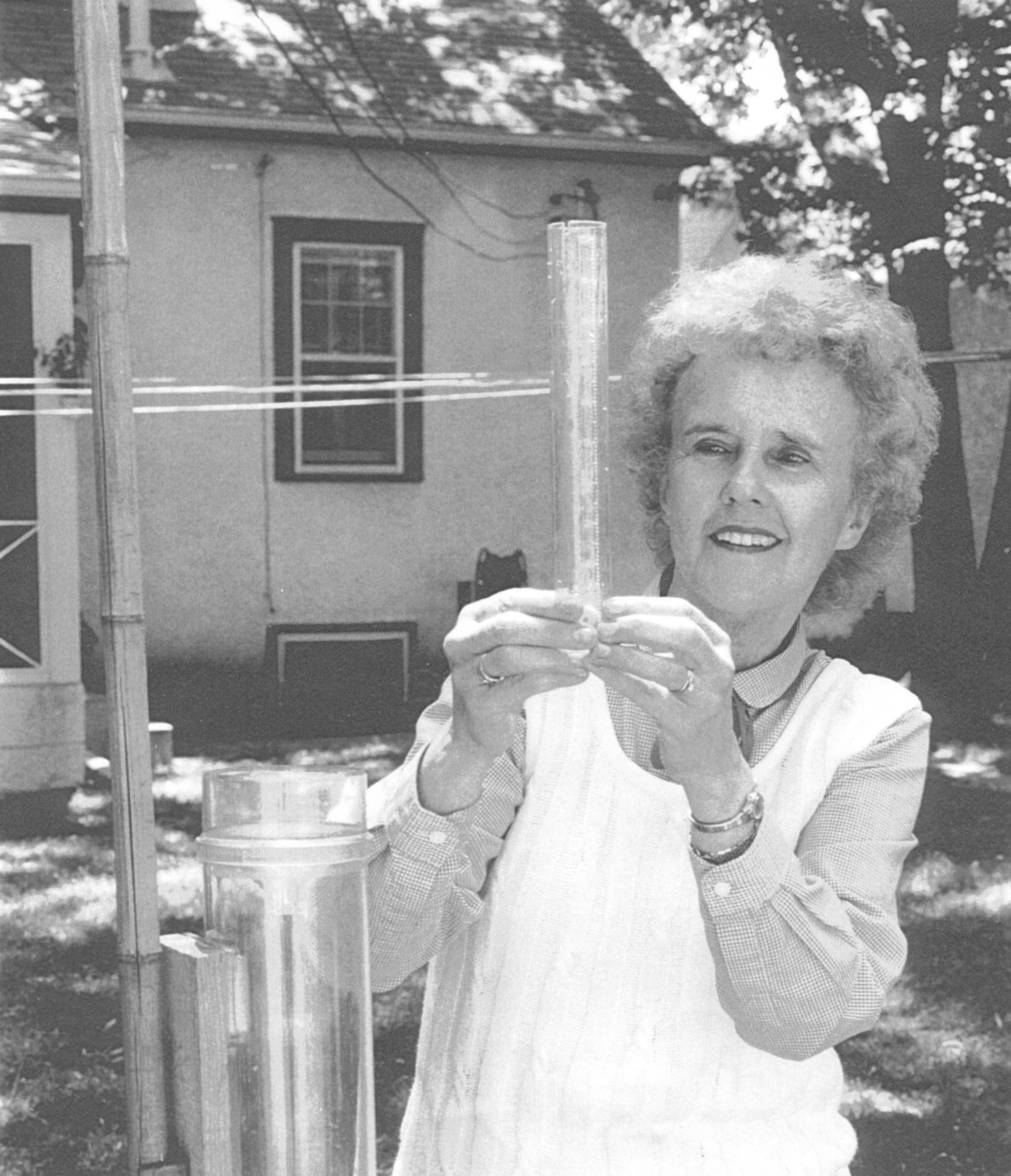 Lorraine Hammerstrom observing precipitation with an All Weather Rain Gage.
From: How's the Weather? A Report from Our State Climatologist
Minnesota Volunteer Magazine September-October 1987

The history of the HIDEN (also know as MNgage) precipitation network begins in the late 1960s as part of a multi-year ground water study conducted by the Twin Cities Metropolitan Council and the United States Geological Survey (USGS). This study utilized climate data from the National Weather Service (NWS) Cooperative Stations, the Sanitary Sewer District and the Mosquito Control District. The study required additional precipitation monitoring and Earl Kuehnast, State Climatologist - Department of Commerce assisted with the study.

In 1970, Kuehnast along with Dr. Donald Baker Professor, Soil Science - University of Minnesota, and Joseph Strub Jr., Meteorologist in Charge - NWS initiated the "Backyard Rain Gauge Project." This project was located primarily in the Twin Cities seven county metropolitan area. One of the goals was to produce detailed maps of rainfall for each season. Another reason to start a precipitation network was that Federally-funded climatology programs were closing across the nation, and it was feared that the National Cooperative Network would soon have the same fate.

It was not known in late 1970 if the Backyard Rain Gauge Project would continue into the following year. Thanks to the support of the University of Minnesota and the State of Minnesota the program was back in 1971. At the same time, the youth-based Future Farmers of America (FFA) began a precipitation project of their own. A pilot project called Operation Rain-Snow involved the numerous members of the FFA in mainly crop-producing regions of the state. The FFA garnered impressive publicity for the program, including a staged "blizzard" at the 1972 Minnesota State Fair monitored by a giant rain gauge. This event was used to get the word out in the early days of the program to attract observers. The program was successful in its early days and Regional Weather Bureau specialist Bernard L. Spitter in Kansas City investigated expanding the program to a 14 state area. At least one other similar program was initiated in North Dakota. 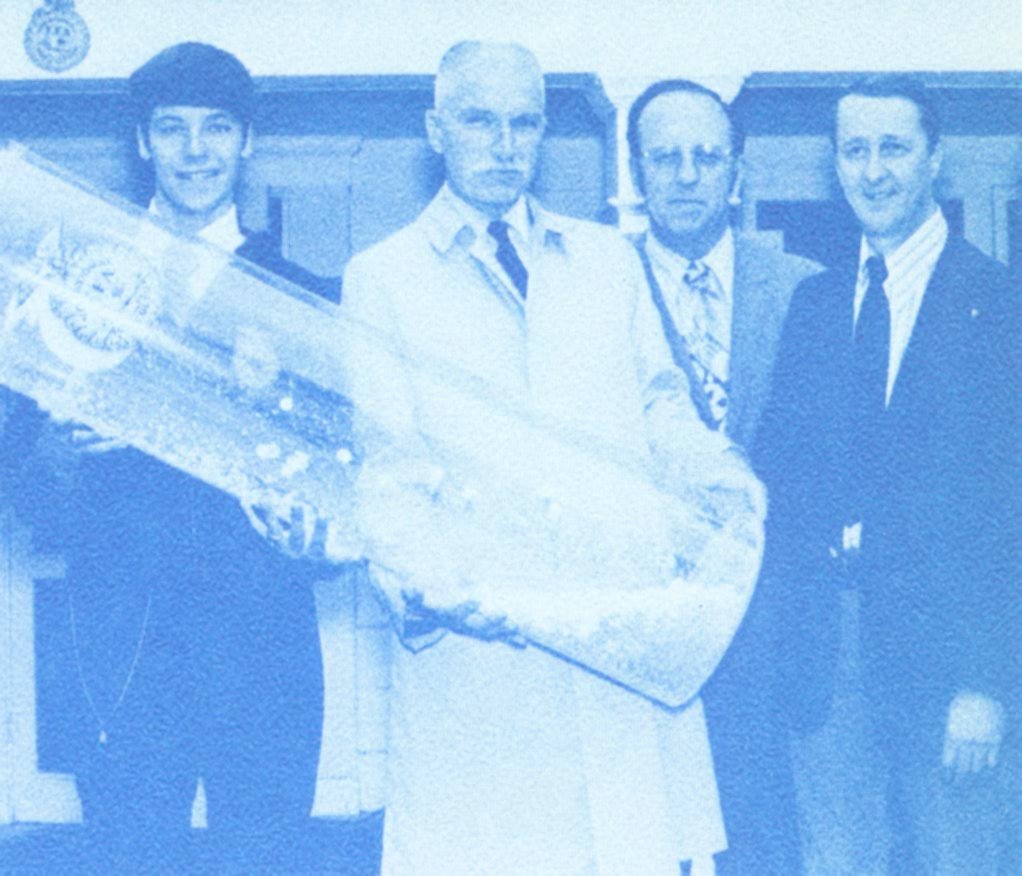 The efforts of the FFA did not go unnoticed by Kuehnast and Baker who encouraged the FFA to mail observing forms to the State Climatology Office (SCO). Kuehnast challenged the FFA network to have a goal of one observer for each of the 2,600 plus townships (a survey unit six miles on a side) in Minnesota.

1973 was a benchmark year for the fledgling networks thanks to a grant awarded to Kuehnast and Baker. With the grant daily precipitation observations were transferred to punch cards. At roughly the same time the long standing federal NWS Climatology Office closed on May 11th, 1973. Very soon after the termination of the federal office, Kuehnast was hired as a state employee of the Minnesota Department of Natural Resources. He retained the title of "State Climatologist". The program achieved stability with the grant and the new home for the SCO. 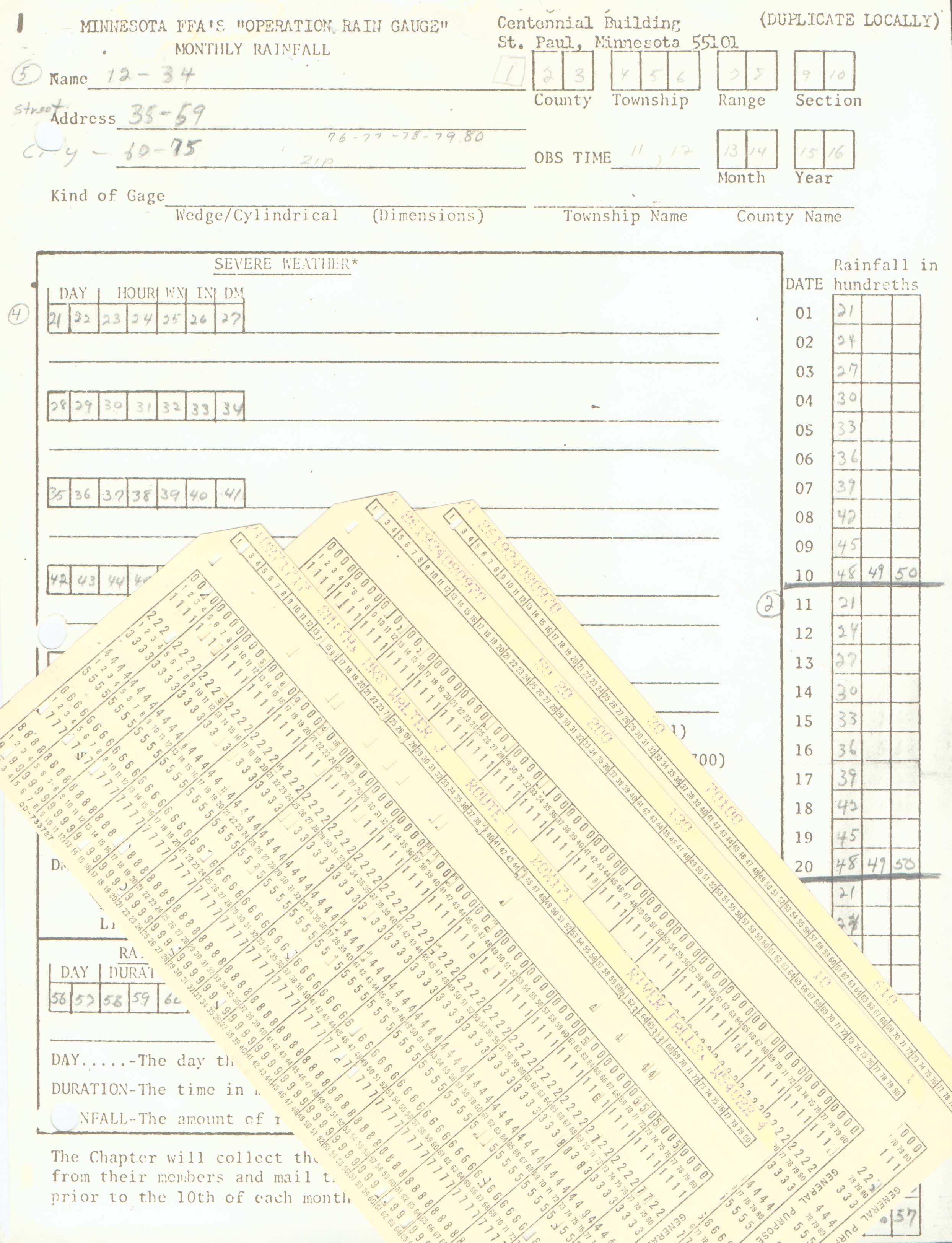 With the grant, two long-standing programs joined to the growing network. The Minnesota Department of Natural Resources (DNR) and the Mosquito Control District added to the strong base of FFA and the Twin Cities "Backyard" observers. Other networks were started in the mid-1970s. Meteorology became much more important at this time to commercial television and KSTP started a metropolitan network in 1976. Deep Portage initiated a very strong and dense network of observers in 1977. The SWCD network also began in 1977. In fact, the SWCD program rapidly replaced the FFA program as the largest network. Many former FFA observers were absorbed into the SWCD network.

The rain gauges used by these networks have varied little over the past 30 years. In the very early years of the network, before 1973, a wedge type gauge was used. In 1973, the FFA, armed with a $36,000 grant, asked a local rehabilitation workshop to construct an accurate rain gauge. The result was a heavy-duty 4-inch diameter plastic rain gauge with an outer and inner cylinder that can hold eleven inches of rain with accuracy to a hundredth of an inch. This gauge is called the "All Weather Gauge" and is the primary gauge used today. In recent years, a few observers have used an electronic tipping bucket, but the vast majority use "All Weather Gauges."

Most observers receive their precipitation forms and rain gauges from their local sponsoring agency. The agency gathers the completed forms and forwards them once a month to the SCO. Observers are assigned an unique identifier based on their name, township, range and section number. Each network is assigned a number.

The data entry process has changed significantly over time. In 1973, precipitation data were entered using punch cards. In the late 1970?s, data were entered on a mainframe computer using a FORTRAN program. Specialized data maintenance software written in BASIC by Jim Zandlo (current State Climatologist) was used on PC's beginning in 1984. This data entry system became the standard for the next fifteen years. The routine was adopted by other agencies and one agency was still using the DOS-program in 2002. A Windows-based program written in Visual Basic was developed in 1999. In May 2001, an on-line data entry system was launched which allows cooperating agencies to enter their data via a Web browser. The precipitation data retrieval routine was accessed over 32,000 times in 2001.

The HIDEN precipitation network is used by a variety of public and private institutions, agencies, and private individuals. Water sensitive agencies use the data extensively. Specialized publications unique to Minnesota were crafted using this data set. Many in a series of publications titled "Climate of Minnesota" were developed using the data. Another publication using the data is Sixteen Year Study of Flash Floods by Kuehnast, Baker and Zandlo.

The success of the HIDEN precipitation network hinges on interest in data gathering on the local, regional and state level. The success story begins with a SCO that is interested in gathering high spatial density precipitation data. The SCO identifies regional, mainly county-level, water-sensitive agencies such as SWCD offices that have need for the data on a local level. These county-level offices are able to recruit local individuals that are genuinely interested in the weather. In Minnesota, that's a lot of people!

One of the keys to the longevity of the HIDEN precipitation network is that the people reading their gauges each morning have interest in the data. Some of the poorest quality data sets stem from people that have to record data as "part of their job." Having people interested in the quality of the data is crucial. Quality control of the data is done on two levels, at the regional level with the local agency and the state level mainly through the annual quality control project. Equally as crucial is annual feedback to each person recording data. This reassures the precipitation observer that their data are used, wanted and that they are contributing to a bigger picture. The SCO has sent an annual report to each observer since 1970.