A climate normal is defined as the average of a variable over a continuous three-decade period. At the end of each decade, a new 30-year average is calculated. The statistic is a measure of the central tendency of the variable. Minnesota's highly variable climate leads to large year-to-year swings above and below this benchmark value.

The map below depicts normal annual precipitation for the normal period, 1991-2020. Click on the map to view a larger rendition. 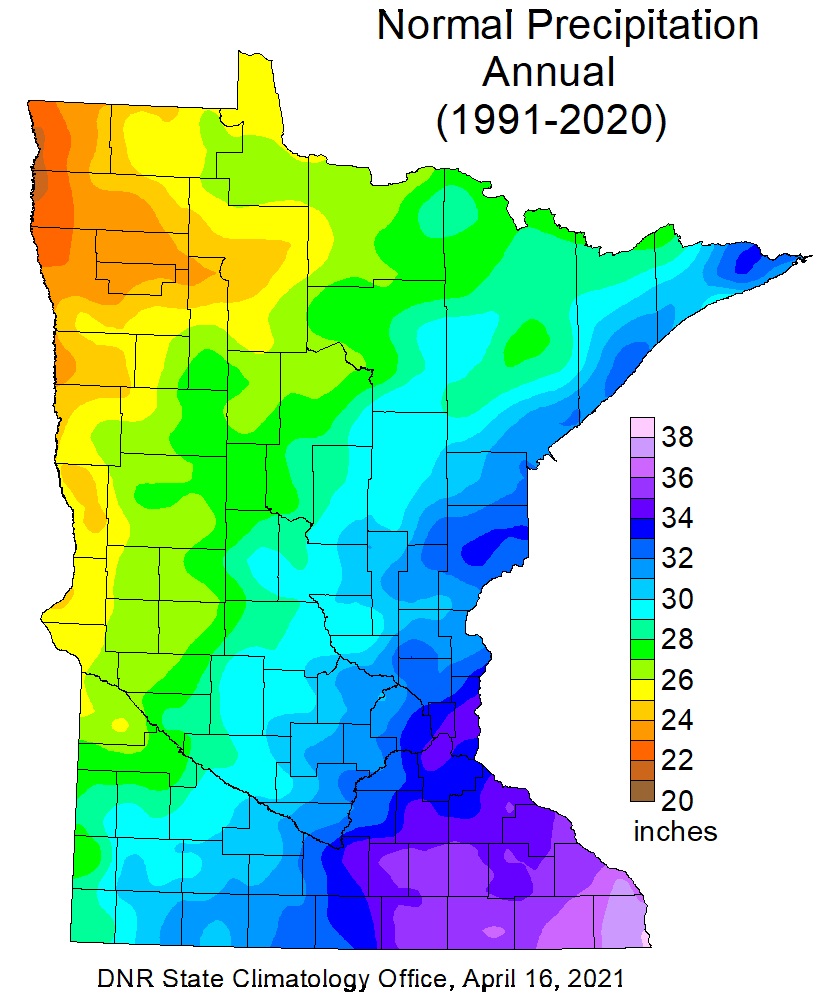 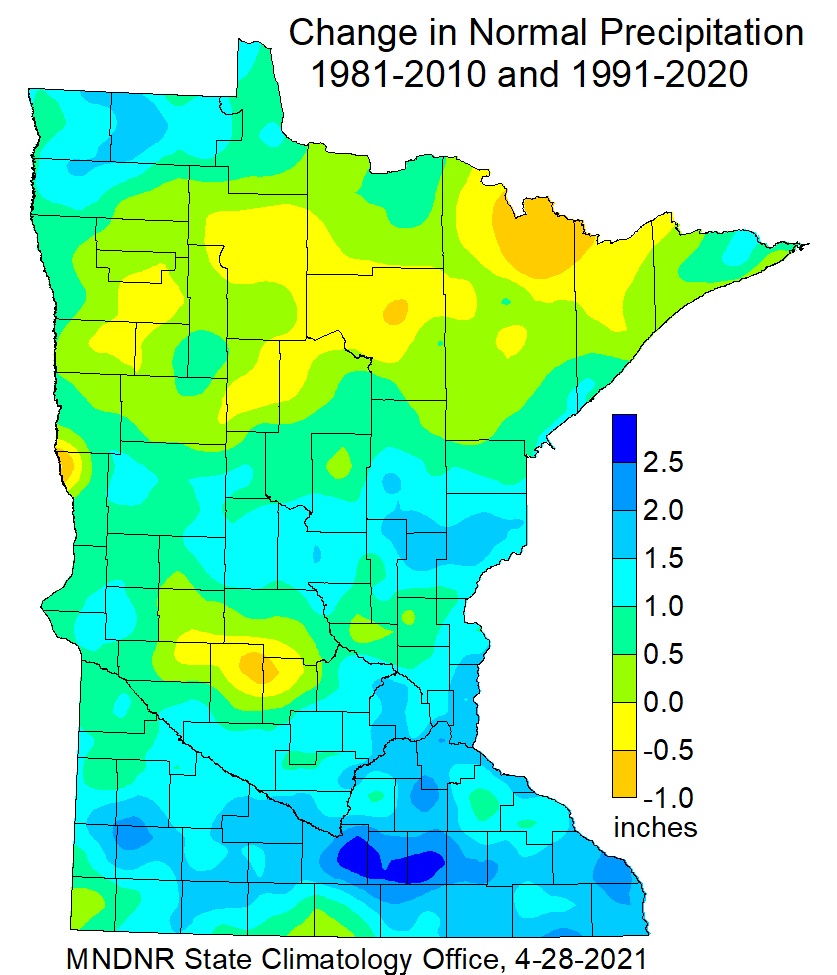