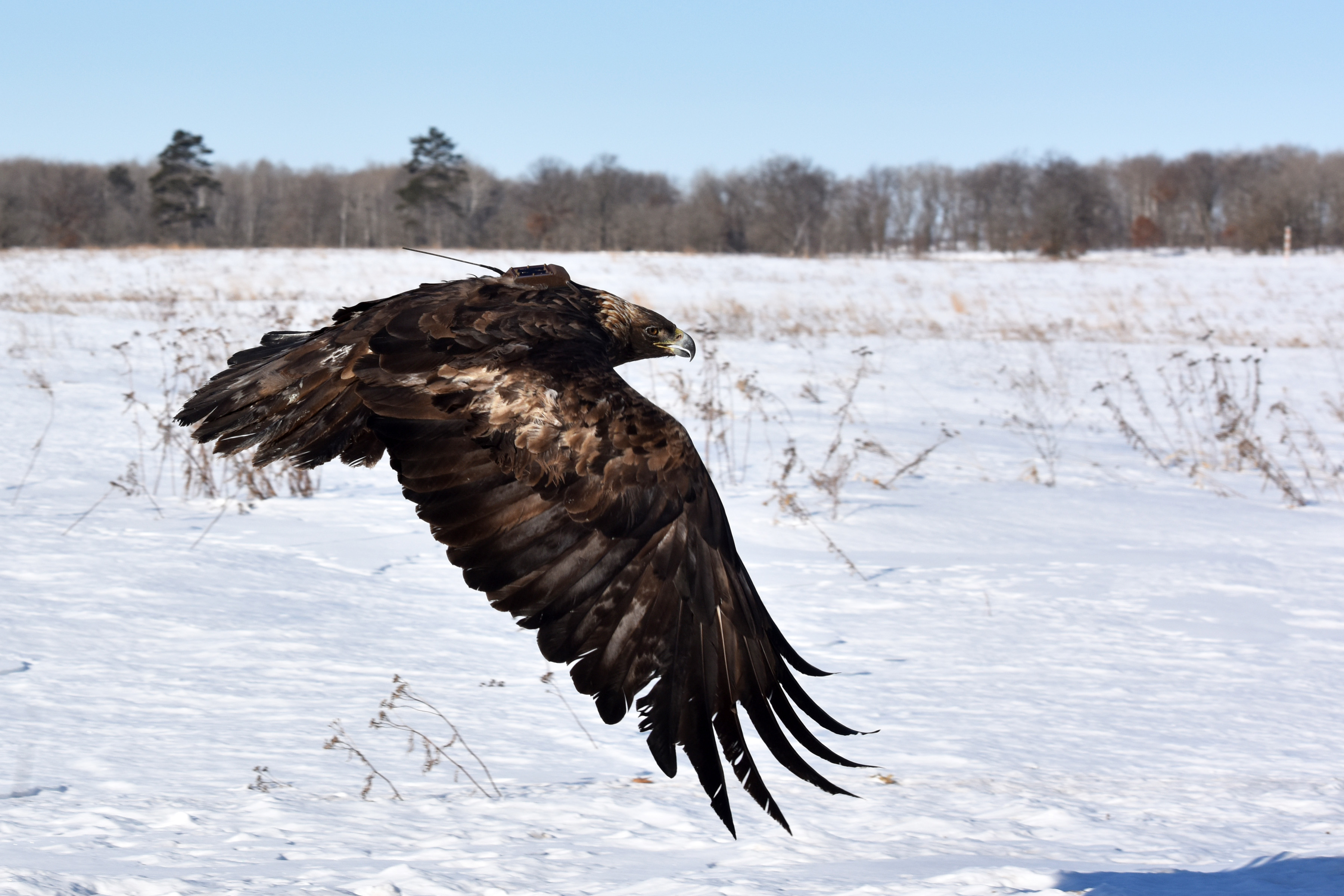 Golden eagles (Aquila chrysaetos) may not breed in Minnesota, but they’re certainly spending time here. Golden eagles have been seen throughout the state in the spring, fall, and winter. So we’ve collaborated with Audubon Minnesota, the National Eagle Center, and the Wisconsin Department of Natural Resources to study the species.

We’ve also been capturing and releasing golden eagles at Hawk Ridge and Camp Ripley to collect data about the migration routes and habitat use of golden eagles in the northern portion of the state. In total, we’ve followed 8 MN golden eagles; three that were rehabilitated and released and 5 that were wild caught. Since 2015, we’ve transmitted a total of 5 golden eagles: Ripley, Victor, and Gyllen and 2 in February 2020. Two transmitters are still active. After studying this data, we’ve learned that the MN wintering eagles travel over 2,500 miles to return to their breeding area in the far Northwestern Territories province of Canada. Two of the eagles actually headed east and spent the summer in Ontario and Quebec, where they’re listed as endangered and threatened species.

It is important for us to continue studying these visiting golden eagles in order to better understand their complete annual cycle. Learning about habitat needs, migration routes, and population status, enables us to create more comprehensive management and conservation plans for the species. 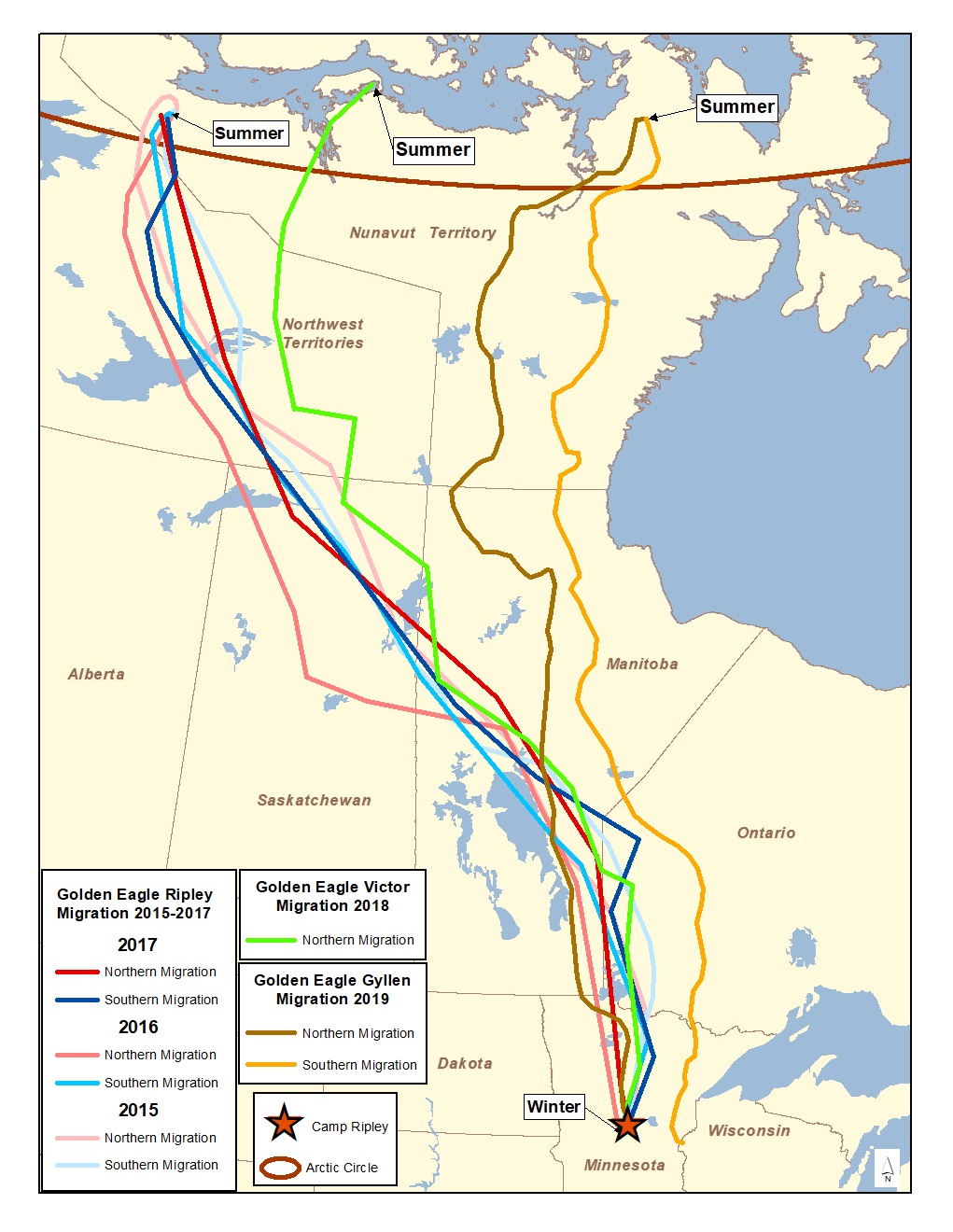 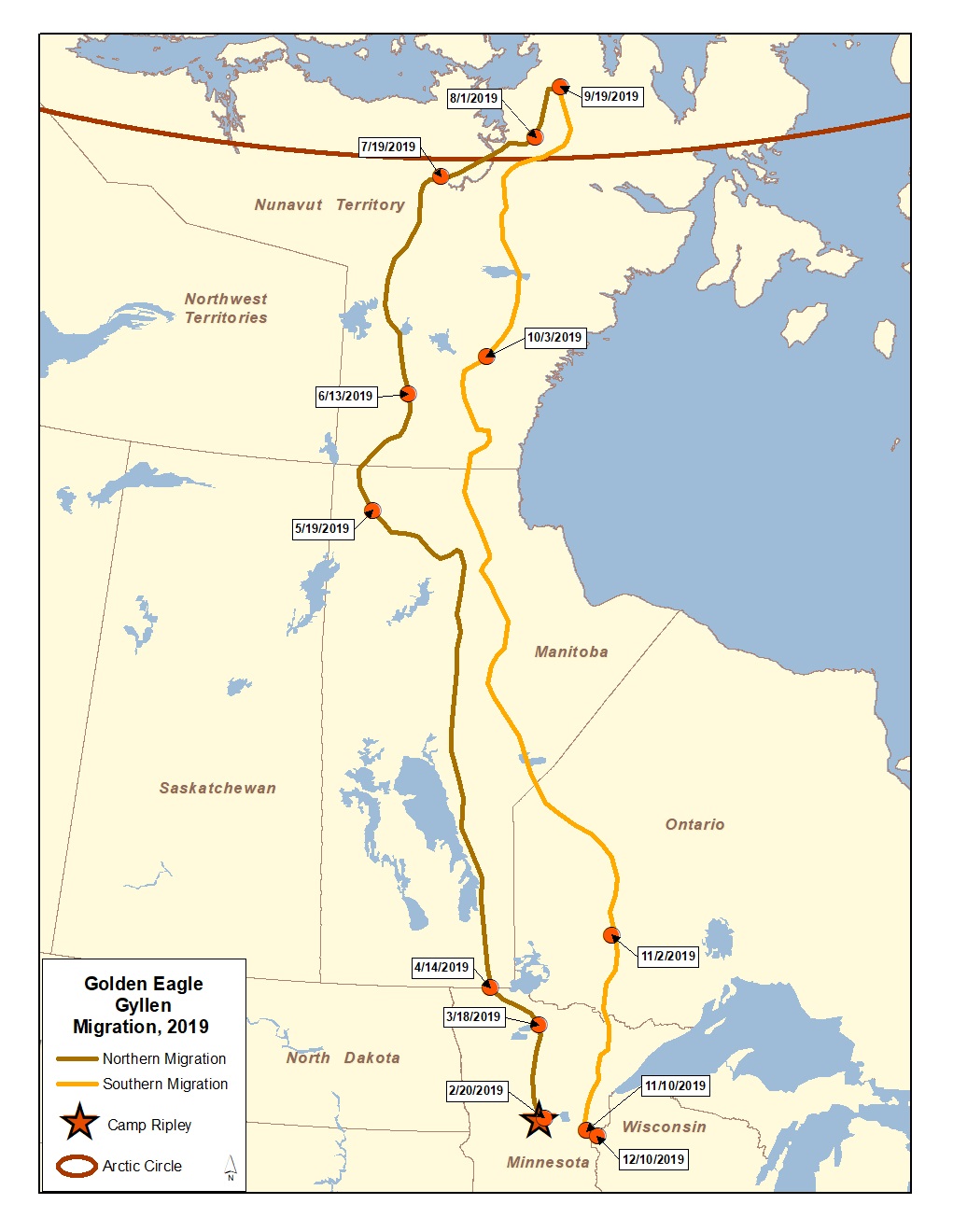