NOTE: An unlicensed citizen may NOT attempt to rehabilitate an animal on their own. It is also unlawful to possess or transport injured wildlife for greater than 24 hours unless permitted to do so. Citizens should volunteer or partner with rehabilitation permit holders in order to transport orphaned, sick, or injured wild animal(s) (Rule 6244.0400). Find out more about permitting requirements.

During the past eight years, there have been 60 to 150 wildlife rehabilitators operating under Department of Natural Resources permits. Roughly 60% of permit holders reside in the seven county metro area.

Between 8,000 and 9,000 animals are handled by rehabilitators each year in Minnesota. The Wildlife Rehabilitation Center in Roseville, MN handles an average of 7,300+ animals each year and the Raptor Center at the University of Minnesota admits about 650 birds of prey annually, accounting for nearly 70% of all animals.

Nearly 200 different species of animals are rehabilitated in an average year. On the average, one-third of all animals rehabilitated each year are cottontail rabbits, gray and fox squirrels, and raccoons; the remaining two-thirds are mainly small birds.

Of all animals received by individual rehabilitators, about 50% are ultimately released back to the wild, 25% die, 12% are euthanized, and the remainder transferred to other rehabilitation facilities.

Releasing animals back into the wild, even after a short stay in captivity can be risky!

Disease and non-native species are significant problems facing wild animal populations in Minnesota today. Animals maintained or rehabilitated in captivity may appear healthy but can harbor disease or parasites that would be fatal to that individual if returned to the wild. Released animals can also transmit diseases or parasites to otherwise healthy wild individuals putting wild populations at significant risk. Tests for many wildlife diseases are available, but must be used to be effective and can be expensive. The risk of spreading disease to wild animal populations must be considered before any animal is taken into care. Releasing animals into the wild (especially if they have been moved away from where they were captured) can also interfere with wild animal populations’ genetic, age, and/or gender dynamics.

NOTE: It is unlawful to release non-native animals in Minnesota! Red-eared Slider Turtles, European Starlings, Pigeons (Rock Doves), Mute Swans, and House Sparrows are some examples of animals non-native to Minnesota. Bullfrogs are also non-native outside of Fillmore and Houston counties in Minnesota. Learn more about invasive species.

Before releasing animals maintained or rehabilitated in captivity, please consider the following- 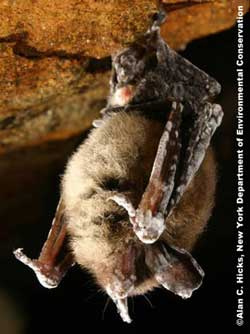 If you answered, "No" to any of these questions, rehabilitation and/or release of this animal may not be a good idea.