In 1899 the Minnesota Legislature created a nine man State Forestry Board with the sole authority to manage state lands for forestry purposes. The 1910 fire disasters, including the Baudette-Spooner fire that killed 42 people, impelled the Legislature in 1911 to completely revise state forest conservation efforts. The Board centralized the responsibility for both forest management and forest fire control, and created the office of the State Forester. Later, this became the impetus for the development of the Minnesota Forest Service.

The 1911 act that established the Minnesota Forest Service authorized the Forestry Board to appoint as State Forester a technically trained forester, who would have power to appoint an assistant forester and other needed employees...(Laws 1911 Chapter 125). The first appointment went to William T. Cox. The assistant forester, by law, was to be an honor graduate of a forestry school. The job went to Dillon P. Tierney, a classmate of Cox and a 1906 graduate of the University of Minnesota.

The Forestry Board's annual report states "On May 2, 1911, the Board appointed a State Forester, Mr. William T. Cox. Mr. Cox received his forestry education at the University of Minnesota and had been in the United States Forest Service several years, and for last three years occupied the position of assistant forester. Both Mr. Cox and Mr. Tierney have had several years of experience in woods work, and Mr. Cox's work with the federal government gave him a wide acquaintance with forest conditions throughout the United States and Canada. Both of these officers have been actively occupied in the discharge of their duties, and the Board believes the Forest Service is on a good footing."

Now began the monumental task for Cox and Tierney, to build the organization. It was already spring fire season and they had rangers and patrolmen to hire, districts to establish, offices and towers to build, policies and directives to write, and the long process of developing a professional forestry service. From the beginning, and decades before a formal civil service system was in place, Cox insisted on a merit system based on high standards, exams, and interviews to place the best qualified rangers and patrolmen in the new Minnesota Forest Service.

On June 24, the earliest possible date after the task of selecting his rangers, Cox called his men together for a meeting in Cass Lake at the U.S. Forest Service headquarters. He undoubtedly had friends who could help train and orient his new hires. After excursions into the Minnesota National Forest (changed to Chippewa National Forest in 1928), policies explanations, and a campaign outlined for the remainder of the year, the 15 new rangers departed to their assigned headquarters. 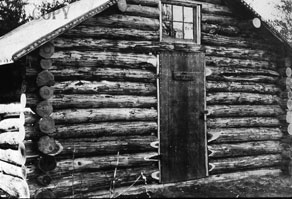 Cox proceeded to organize the state forest protection system, which functioned much as it does today. Already in place were many of the township fire wardens appointed by General C. C. Andrews in 1895. The early organization of staunch woodsmen designated as district rangers was set up with both state and federal patrolmen, the latter being paid from a $10,000 grant under the Weeks Act of 1911, which protected the headwaters of navigable streams.

The fire prevention program included the coordination of fire control activities of the state, federal government, lumber companies, railroads, and citizens of the forested areas of the state. The work included firebreak construction, slash disposal, railway fire prevention, and the development of permanent improvements such as: roads and trails, lookout towers, ranger cabins, and telephone lines to be used in the prevention and suppression of forest fires. In 1911, $300 was allotted to each of the 20 ranger districts to build cabins and towers. Rangers and patrolmen constructed 92 wooden towers, 13 steel towers, and eight cabins for a total cost of $3,587.52.

State Forester Cox also conducted an extensive reconnaissance of the state's forest land, as required by law, to determine the extent and value of the timber as well as soil classification. Over the next formative years Cox led the Minnesota Forest Service in fire fighting and prevention, planting trees, establishing state forests, passing new laws, educating the public, and improving cooperation with the timber, mining, and railroad companies. In 1913 he was made a member of the Board of Timber Commissioners, composed of the governor, state auditor and treasurer, and the attorney general.

The drought in 1917 and 1918 proved deadly for Moose Lake, Cloquet, and several smaller communities, and many blamed the Minnesota Forest Service for not doing its job. With rangers, patrolmen, and cooperators off to the Great War, resources were limited, but a subsequent investigation exonerated the organization and highlighted numerous individual acts of heroism. Cox and his staff took advantage of the citizen and legislative support through the dry years between 1919 and 1923. Budgets were increased and improvements made, but the organization was still small, consisting of 15 rangers and 55 regular and 51 temporary patrolmen.

Cox was dismissed as state forester in 1924. During his entire term he had been critical of timber sales, placed under the state auditor's office in 1895. When State Auditor Preus was elected governor, Cox knew that his days were numbered. In his last annual report in 1922, Cox made many sound, long-term recommendations for the sale of timber, reforestation, land consolidation, tax policy, drainage restrictions, and the empowerment of his rangers to better manage Minnesota' forests. Grover M. Conzet, Cox's very able assistant, was appointed state forester.

Cox was not headed toward retirement however, because he knew how to create forestry organizations and that is exactly what he did in South America. From 1929 to1931 he was called upon to establish and organize the Brazilian Forest Service. Then in 1931, Cox was called back to Minnesota to become the first commissioner of the newly established Department of Conservation while Conzet remained the state forester. The Division of Forestry, as it was now titled, finally was granted the authority to sell and manage timber for the betterment of Minnesota's forests.

Post script: Cox was a prolific writer. As an imaginative humorist, he wrote Fearsome Creatures of the Lumberwoods in 1910 that included the likes of the Squonk (Lacrimacorpus dissolvens), a very shy forest critter, and the Splintercat (Felynx arbordiffisus), a hard-headed creature that would climb a tree only to leap to the next, slamming through its bole and leaving the tree shattered and useless. This book can still be found among the followers of forest folklore.