Historically, eastern larch beetle produced small localized outbreaks that lasted only a few years and did not cause much mortality.  However, climate change has lengthened the growing season, which has in turn increased reproductive success and allowed the beetle population to increase more quickly than in the past. As of 2020, Minnesota is in its 21th consecutive year of eastern larch beetle outbreak, and currently has more than 666,000 acres with affected forest tamarack. There is no indication that the outbreak is subsiding. 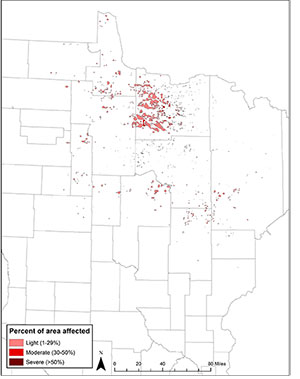