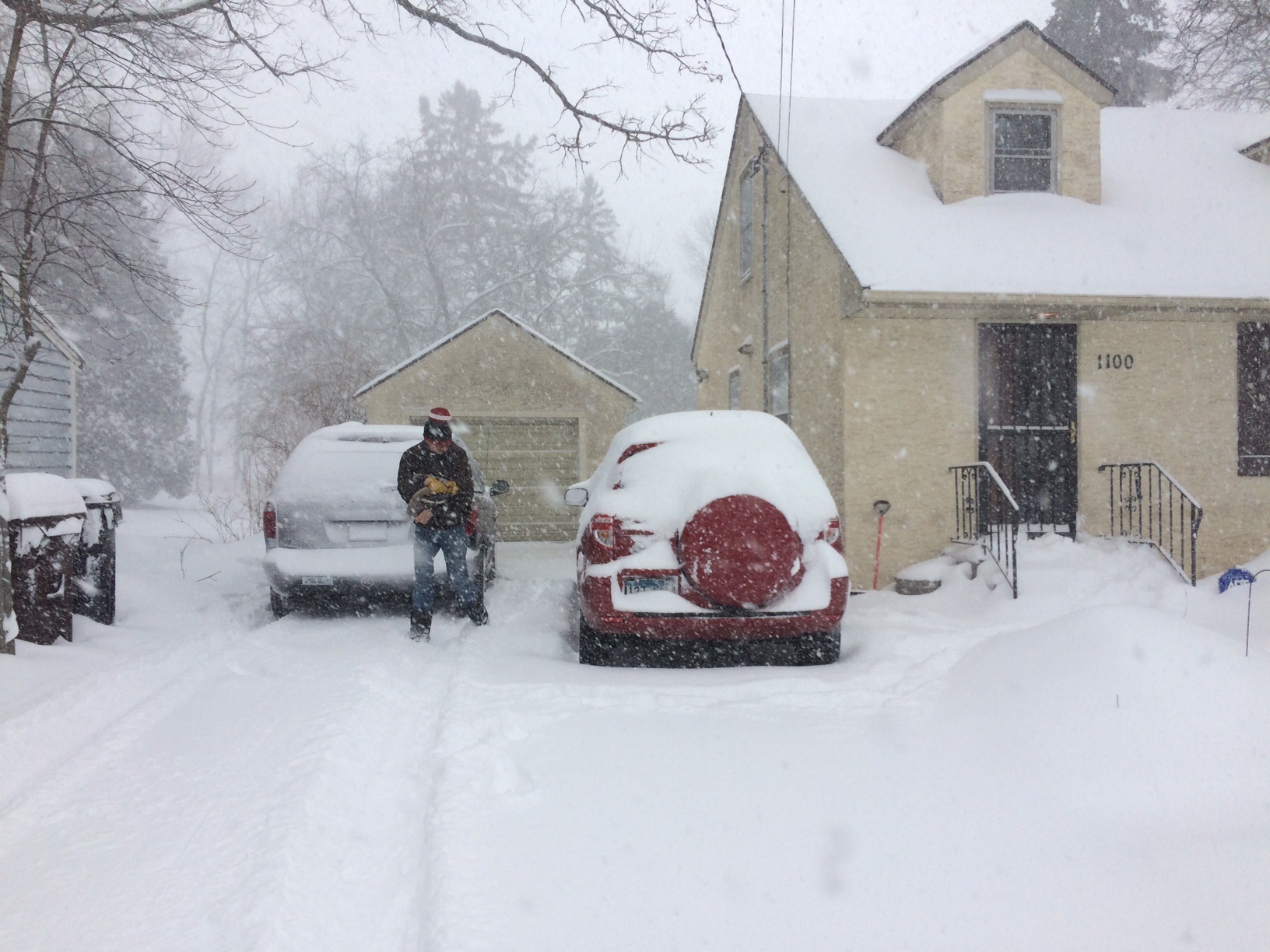 Sunshine was sparse this fall in Minnesota and in the Twin Cities, with the 4th gloomiest autumn on record back to 1963. To add to the gloomy conditions, October and November were also cold with lake ice freeze-up about ten days ahead of the median.

At first it appeared as though Caledonia would set the Minnesota all-time annual precipitation record,  with 57.97 inches. However, Harmony in Fillmore County, submits paper forms that were not verified until 2019. After checking these forms and visiting the station, the Minnesota State Climatology Office and the National Weather Service were able to verify that Harmony set a new statewide precipitation record, with 60.21 inches.

This event on September 20 that saw the third highest daily tornado count in Minnesota history with 25 tornadoes. One of the strongest tornadoes hit the Faribault Airport. 80 planes were damaged or destroyed. Damage from the tornadoes could still be seen in Cannon Falls three months later.

On May 28, 2018 the mercury reached 100 degrees at the Twin Cities International Airport. This is the earliest reading of 100 degrees at the official Twin Cities reporting site since records began in 1871. It was also 96 degrees for a maximum temperature at St. Cloud and 95 at Rochester. The National Weather Service issued an Excessive Heat Warning for Hennepin and Ramsey Counties.

Had it not been for this storm, the most memorable April weather event may have been the nine inches of snow that fell on April 2-3 in the Twin Cities. Then on April 14, one of the more memorable snowstorms and blizzards in recent memory struck southern Minnesota. For the first time since the 1991 Halloween storm, Blizzard warnings were posted for the entire Twin Cities. The Twin Cities International Airport was closed for seven hours. While there was no Metrodome to collapse anymore, the 77 foot high dome of the Vadnais Sports center collapsed. The 15.8 inches of snow at the Twin Cities International Airport was the most snowfall to occur so late in the season.

From Ice to Nice. Late Ice Out but Early Swim Season: May 2018

Looking at the landscape across the state on May 1, there would have been a view of many lakes with lingering ice on them. By Memorial Day, scores of people would be swimming in those same lakes. White Bear Lake had its latest ice out (May 4) and Minnetonka tied the latest ice out record (May 5). Then with the hot May 22-29th spell, lake water warmed up rapidly. May 2018 also wound up being the second warmest May on record in the Twin Cities.

2018 was a wet and warm summer, but perhaps one of the defining characteristics was the persistent smoky haze that wafted in and out of the state. The thickest of which reduced visibility and depressed the maximum temperature at times. The weekend of August 10-11 was one of the more persistent episodes. The smoke originated mostly from fires in Canada and was not from California.

The Twin Cities finished with the 15th warmest summer (June-August) on record (1871-2018). This was mainly driven due to the warm overnight minimum temperatures (second place behind 2010). The maximum average temperature finished 26th. The May-September growing season was the 3rd warmest on record across Minnesota, and low temperatures during that time were the warmest on record.