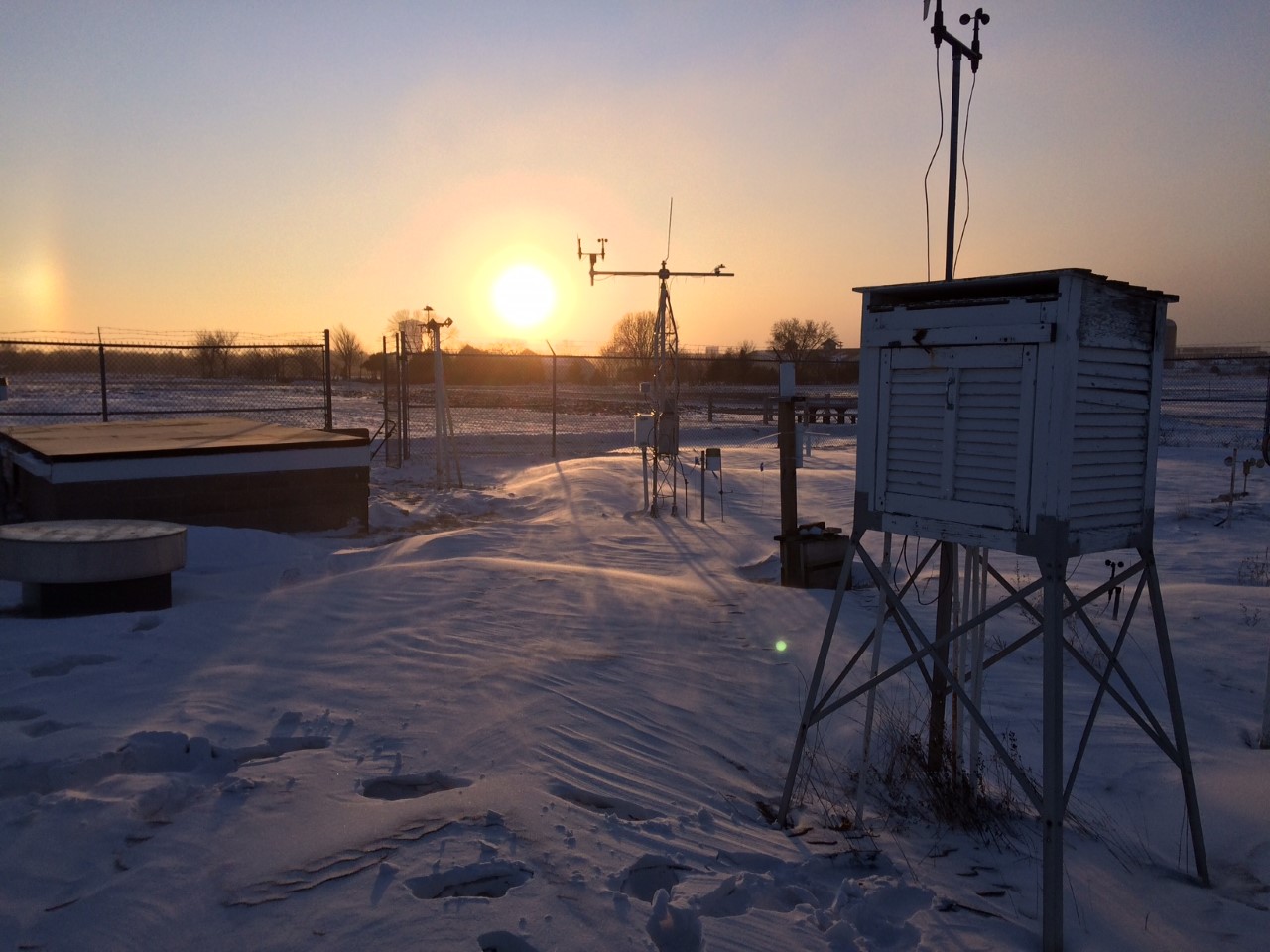 One day stood out for summer heat in 2019, and it was this one, with heat indices well above 100 degrees. In fact, with an air temperature of 95 F and a dew point temperature of 80 F, the 115 F heat index value at MSP tied for the second highest on record. North of the extreme heat, severe storms produced large hail and wind damage from Otter Tail County eastward through Morrison, Pine and Chisago Counties.

No memorable winter would be complete without a hallmark storm, and this one was the fiercest one in a winter brimming with contenders. The brunt of the storm missed the Twin Cities, but blizzard conditions quickly developed in the south. Roads became impassible over the southern fifth of the state. Governor Walz declared a State of Emergency in Freeborn and Steele Counties. The National Guard troops were used to rescue stranded motorists and the St. Cloud State men’s hockey team had to find shelter in the Watonwan County Jail.

February is not typically known as a snowy month. February 2019 was an exception. The Twin Cities total of 39 inches broke the old record of 26.5 inches by over a foot. There were five calendar days of at least 4 inches of snow. A typical winter usually sees two or three such events. Rochester also set its record of 40.0 inches, St. Cloud had 27.6 inches. This was also the snowiest February on record at 47 of Minnesota's older National Weather Service cooperative observing stations, from all corners of the state.

#2 Another Very Wet Year in Minnesota

2019 was excessively wet across central and southern Minnesota. This caused many issues with high water and high stream and river flows for a good part of the year. Some annual precipitation records fell for major cities, including over 43 inches in the Twin Cities and over 55 inches at Rochester. Despite these high totals, no location threatened the statewide record of 60.21 inches, set at Harmony in 2018.

This arctic outbreak followed in the wake of a vigorous Alberta Clipper. It was noteworthy for having the coldest air measured in Minnesota since 1996, and the lowest wind chills since the 1980s. Cotton, MN had an air temperature of -56F and the Twin Cities saw -28 F. Many schools were closed for four days in a row, including the University of Minnesota on the 30th. US Postal mail service was stopped statewide. The Minnesota State Climatology Office was open as usual.

Similar to 2018, there was another large April snowstorm. This one brought 9.8 inches of snow to the Twin Cities, the fifth largest April snowstorm on record. One inch hail was reported in Sacred Heart in Redwood County and Bellview and Renville in Renville County. One other interesting aspect of this storm was the widely observed orange/brown hue in the fallen snow. This phenomenon appeared to have been caused by the parent low pressure system picking up loose dust from New Mexico and Texas, and then using the strong winds to transport it into the region, where it was deposited with the falling snow.

Winter wasn’t done yet. Duluth saw its largest May snowstorm on record with 10.9 inches. The heavy rains across central and southern Minnesota, added to the already soggy spring conditions and led to high river and stream flows.