How to catch a muskellunge 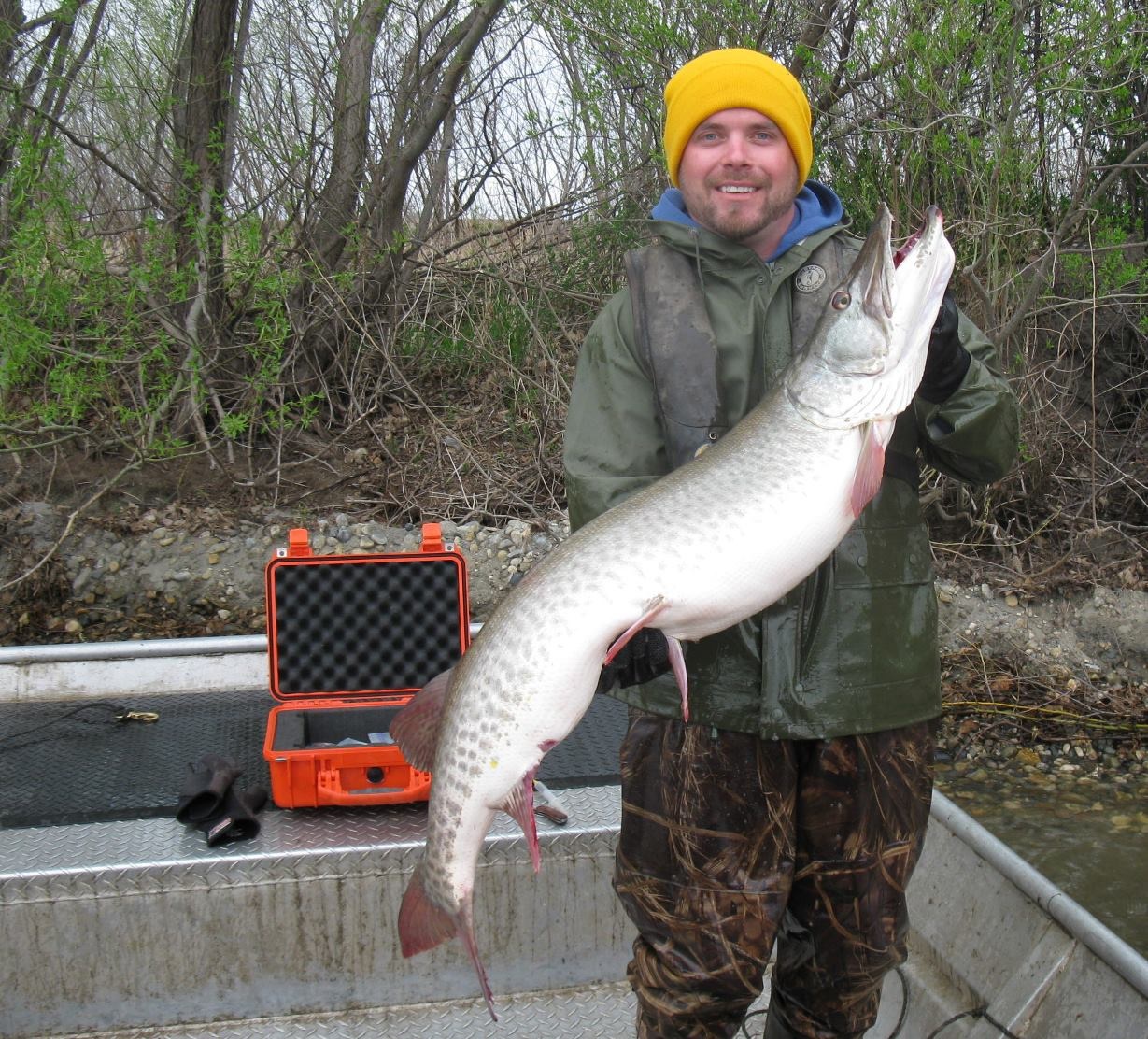 Minnesota's statewide muskellunge season opens in early June and closes in early December. It varies on waters bordering other states so check the fishing regulations based on where you want to fish. Some waters have special regulations for muskellunge.

Typically, muskellunge fishing doesn't "heat up" until middle or late summer, which is when water temperatures are warmer and this species is more active. Autumn is also prime fishing time. That's when muskellunge tend to feed on larger prey in advance of the long winter and next spring's spawning season. Many of the largest muskellunge are caught in October and November. Fishing in late autumn on big water can be darn cold and dangerous but many devout muskellunge anglers look forward to this time of year.

Like many predator species, muskellunge tend to be most active near dawn and dusk so these are good times to fish. Cool overcast days are often better for muskellunge fishing than hot sunny days. Still, do know that muskellunge, like all fish, are cold blooded, which means their body temperature is a direct reflection of their environment. As such, during early summer and late fall muskellunge may be at their most active during the warmest periods of the day.

Muskellunge are often found along weed edges, rocky shoals and points that drop off into deeper water. They can also be found in shallow or semi-shallow weedy bays that provide cover for them as they lie-in-wait to ambush a smaller fish. The water that surrounds an island can be a good place to fish. So too are sunken reefs or humps or shallow sand flats.

Muskellunge do not inhabit all Minnesota lakes and rivers so check LakeFinder to find a muskellunge fishing lake near you. 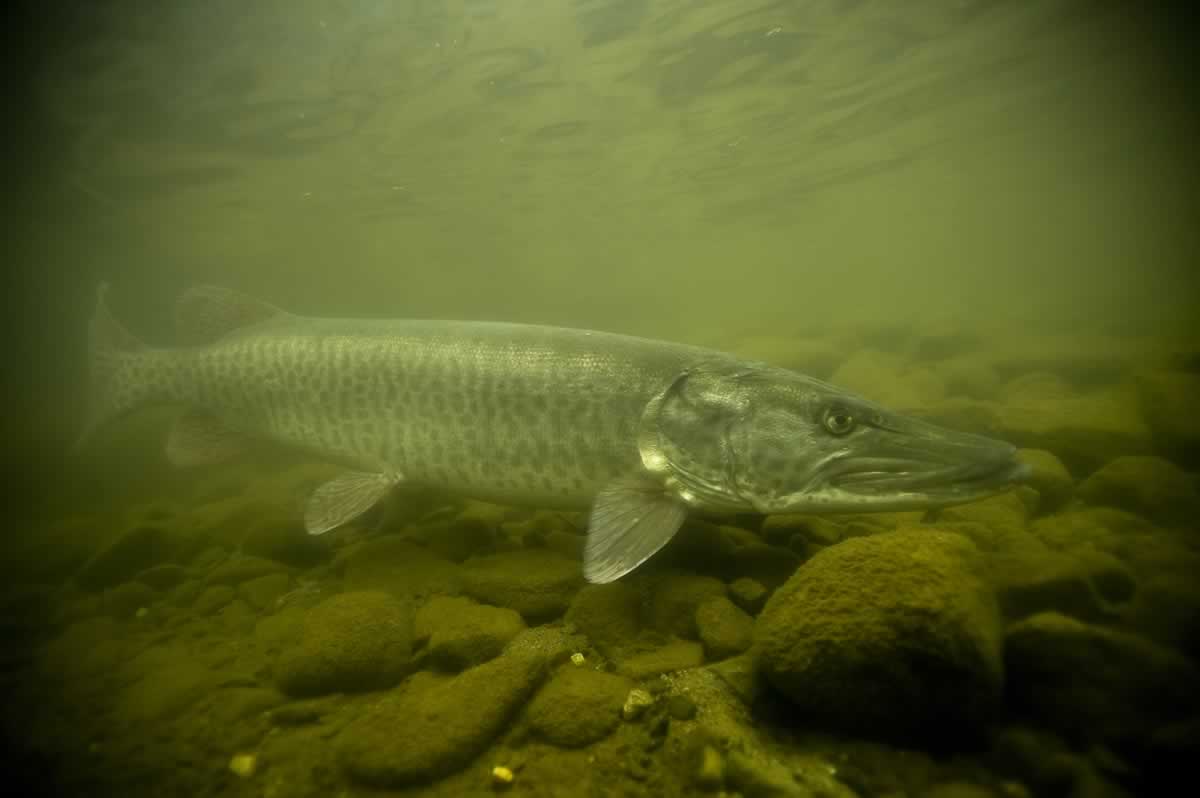 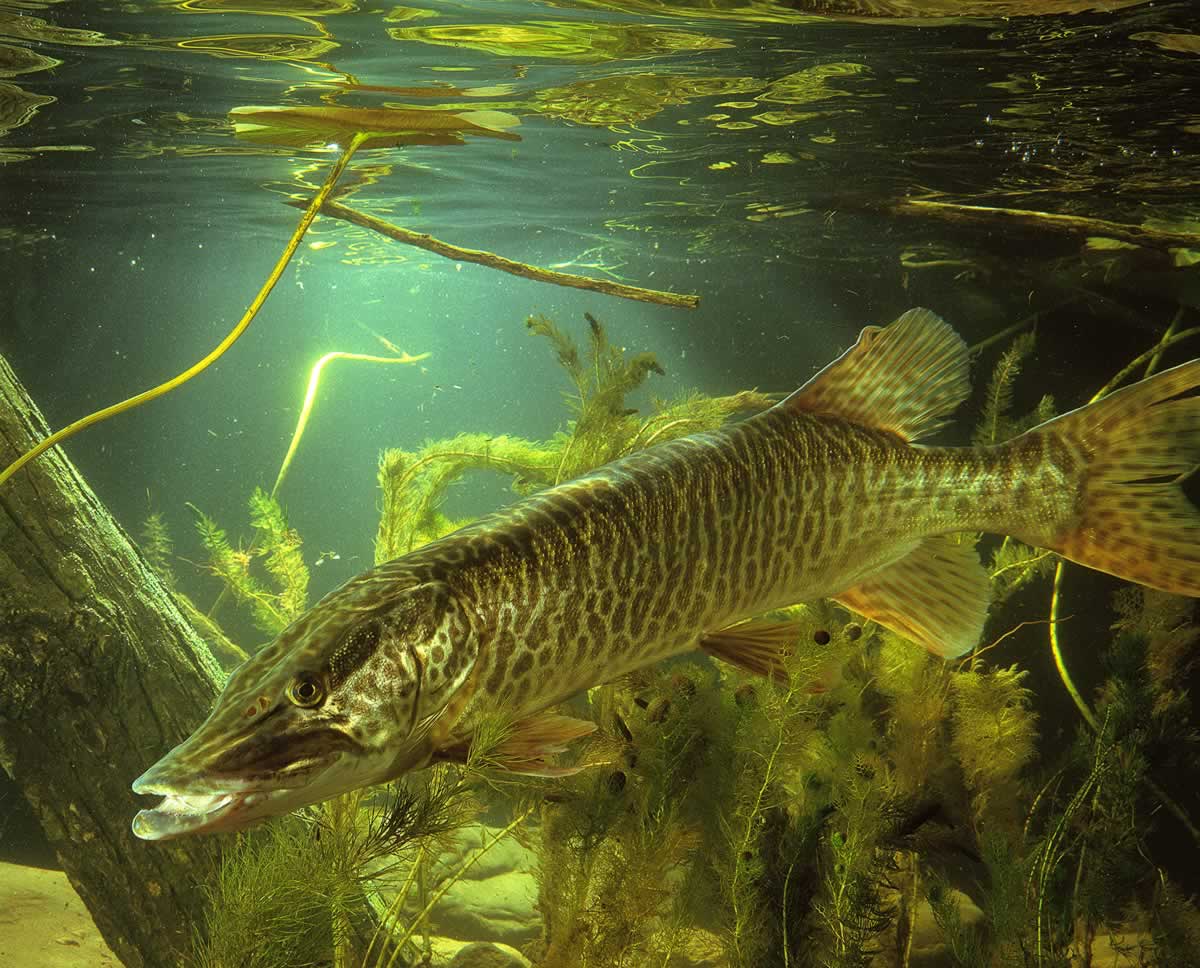 The most popular technique for catching muskellunge is casting large artificial lures that are typically five to 10 inches long, or longer. This is typically done while standing in a boat that is motoring slowly or drifting along preferred habitat. This technique allows anglers to cover a lot of water in short time. It is best to stay back from prime muskellunge holding areas when fishing shallow water. Instead, make long casts into these areas because that is less likely to spook the fish.

Muskellunge lures come in a variety of styles and price ranges. Some lures cost as much as $25 or more. Common lures include bucktail or flashy spinners, large plastic crankbaits, floating lures that mimic injured prey fish and large soft plastic tube-style jigs. Many floating muskellunge lures have propellers on them to create surface noise and splash. Spinners often have large blades that create a lot of flash and vibration to attract fish. Some muskellunge lures seem overly large but that’s muskellunge fishing. The muskellunge will prey on fish up to nearly half their length so a foot-long lure isn’t unrealistic.

Trolling is another popular way to fish for muskellunge. Typically, this is done with large diving crankbaits that have a lot of wobble to them. They are trolled along weedlines, rocky points, underwater reefs and other preferred habitat.

Muskellunge often follow a lure to the boat without striking it. These are called "follows."" So, watch for a fish trailing your lure. If a muskellunge does follow your be sure to make a “figure eight” with your lure at the side of the boat. This technique involves reeling your lure to within one foot of the rod tip while keeping the lure in the water, plunging your rod tip into the water and then sweeping it this way and that in a figure eight motion. This can provoke an explosive strike, and if it does, hold on! 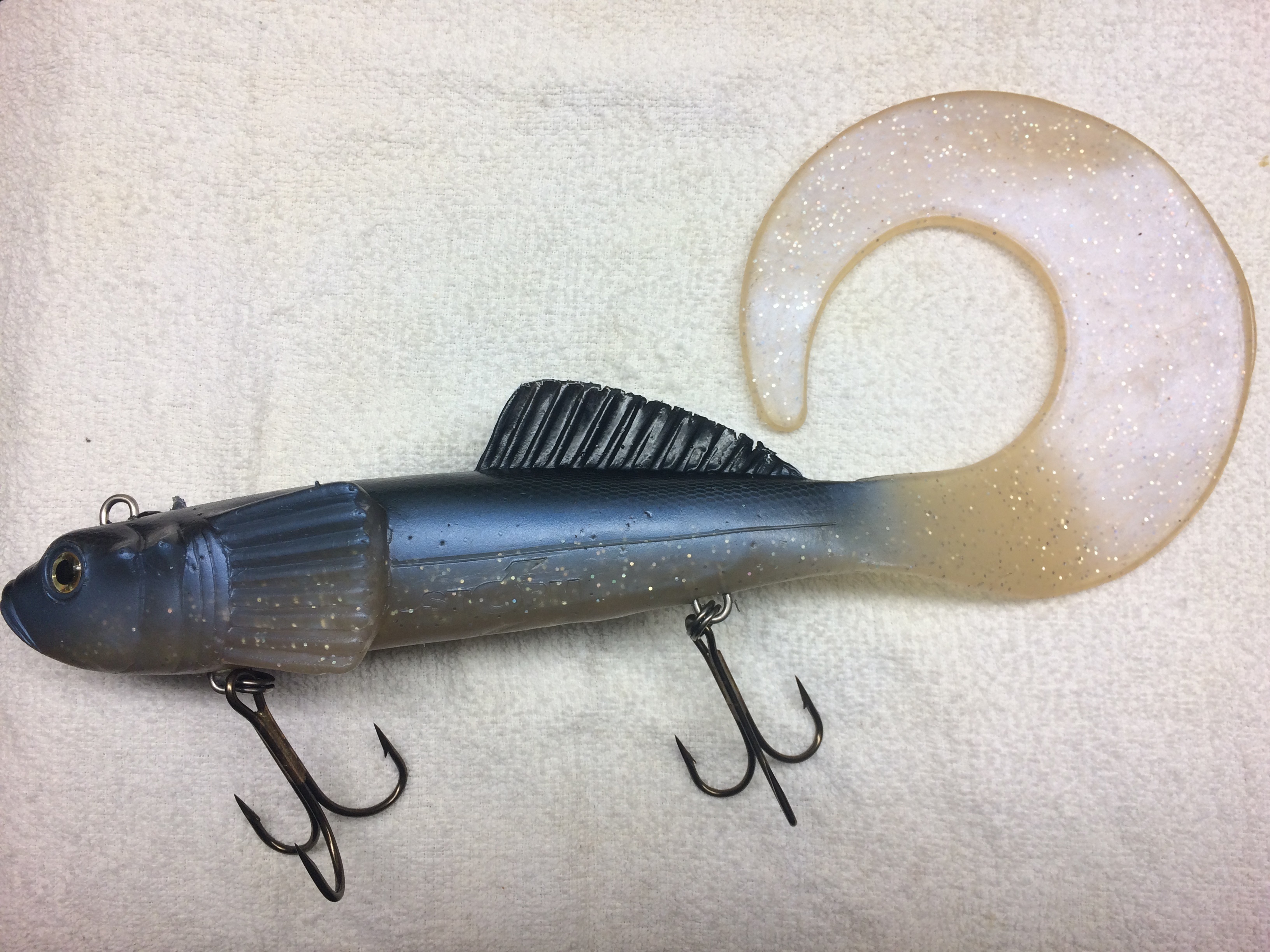 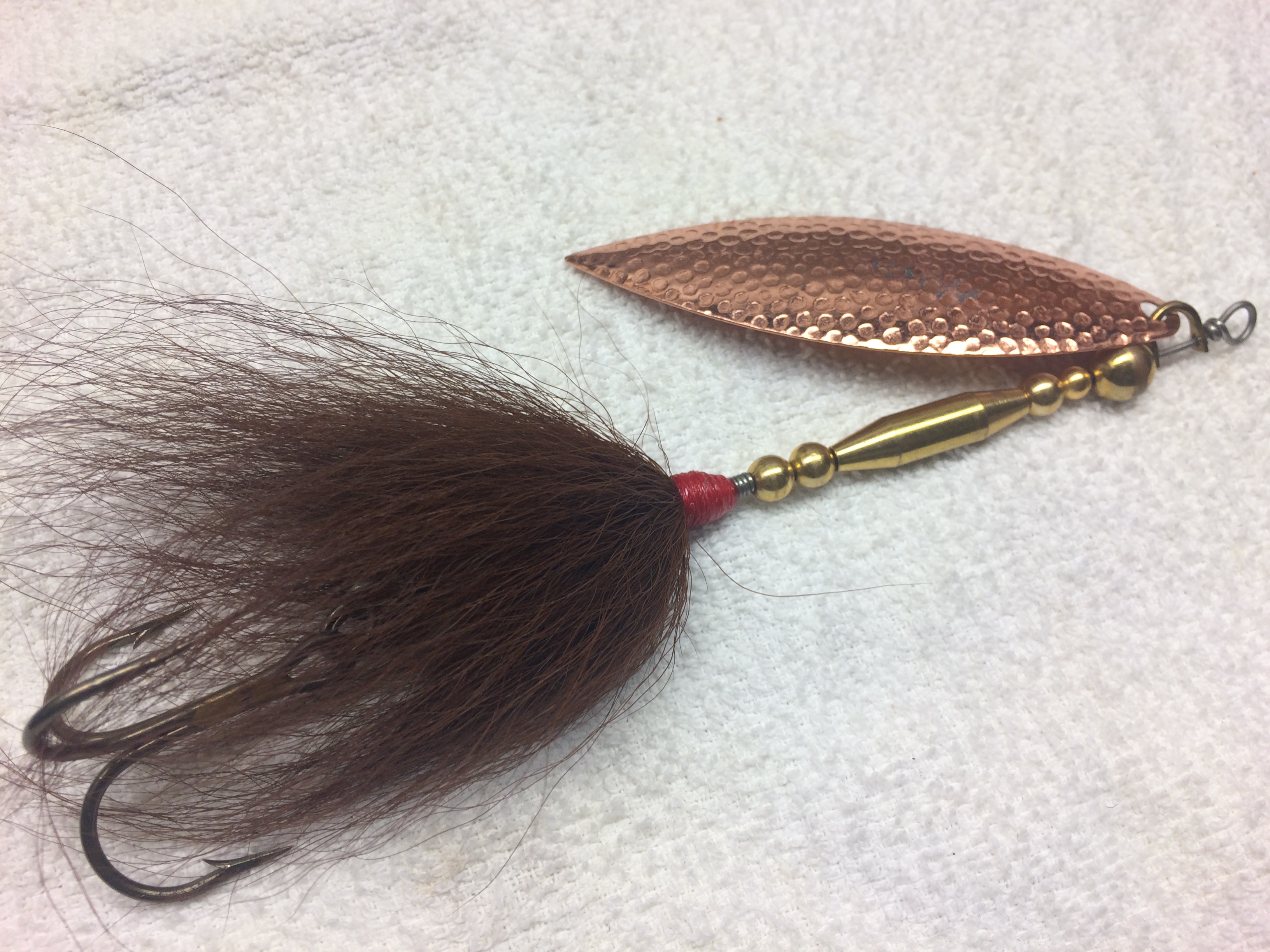 Pair your rod with a bait-casting reel and heavy braided line of 50-pound test or more. Many muskellunge anglers prefer reels that have a fast gear ratio so their lure can be retrieved rapidly. You will also want a foot-long steel or fluorocarbon leader between your line and your lure as muskellunge have razor sharp teeth that can easily slice through your line.

Other things you’ll want while muskellunge fish include a large net, needle-nose pliers for removing hooks and even a small bolt cutter to break-off a stubborn hook. Polarized sunglasses will help you see fish beneath the surface. 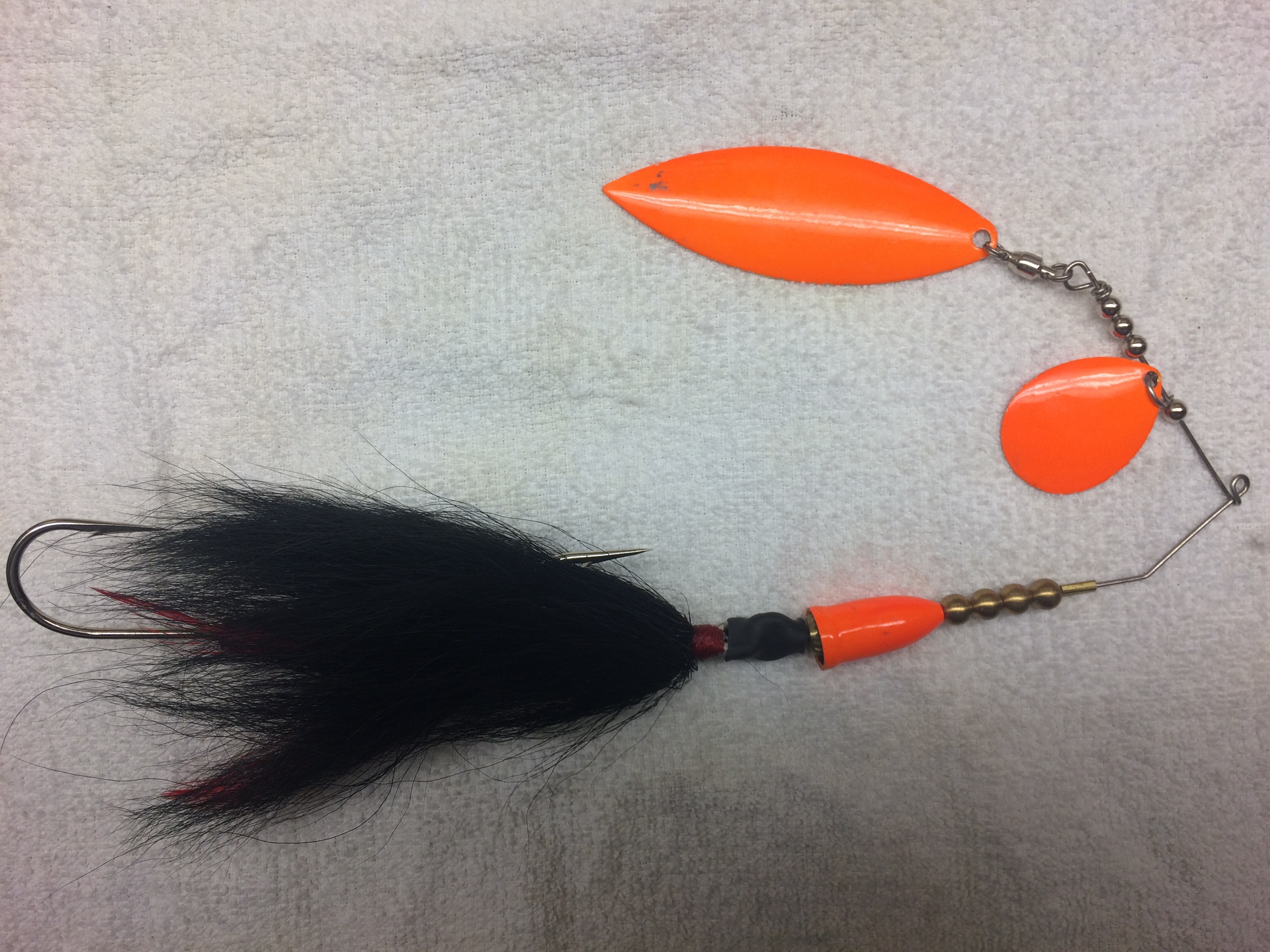 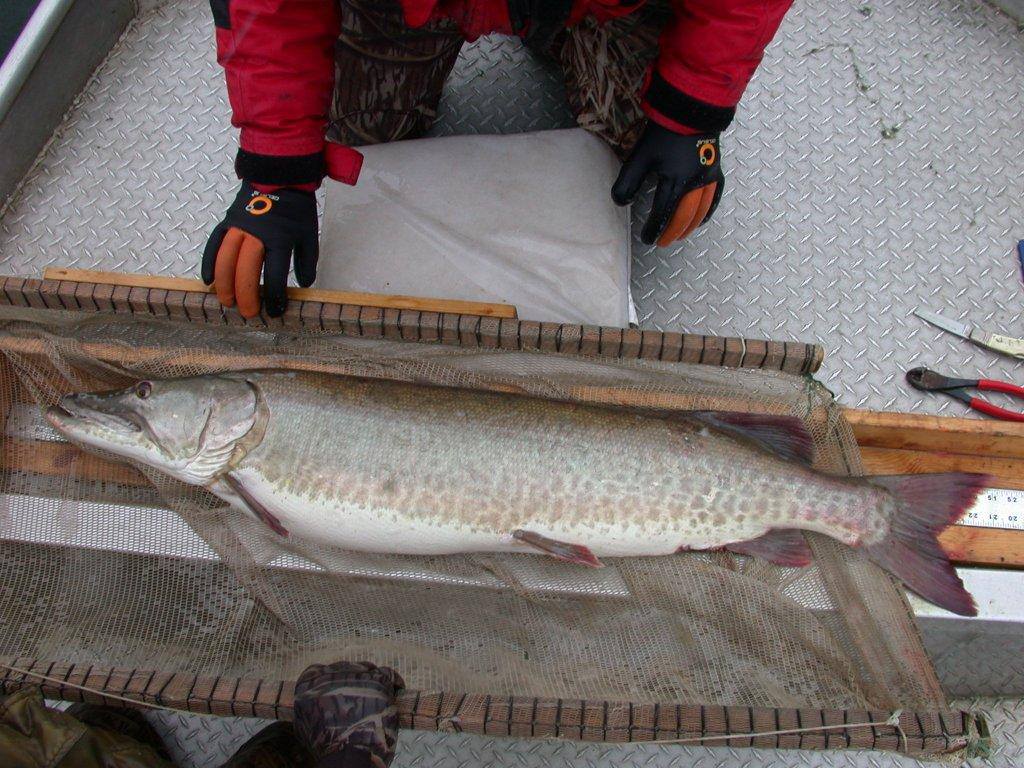