How to catch a smallmouth bass

The smallmouth bass is one of the hardest fighting fish in North America, and Minnesota has a bunch of them. Smallmouth bass exist in more than 500 fishing lakes plus many rivers, including the Mississippi and St. Croix. Many anglers who hook a two-pound smallmouth swear they are fighting a fish twice that size. If you have never fished for smallmouth bass you should. It is, according to an old-time, journal "ounce for ounce and pound for pound the gamest fish that swims."

The inland smallmouth bass catch-and-release season opens in mid-May on the same Saturday as the walleye and northern pike season.

Also on this day an early bass harvest season begins north and east of U.S. Highway 53 from Duluth to International Falls. For two weeks this is the only part of the state where you can keep bass.

The statewide smallmouth bass harvest season opens across the rest of the state in late May, always two weeks after the catch-and-release opener. Dates vary on waters that border Canada, North Dakota, South Dakota, Iowa and Wisconsin.

Check the fishing regulations based on where you want to fish. Some waters have special regulations for smallmouth bass. 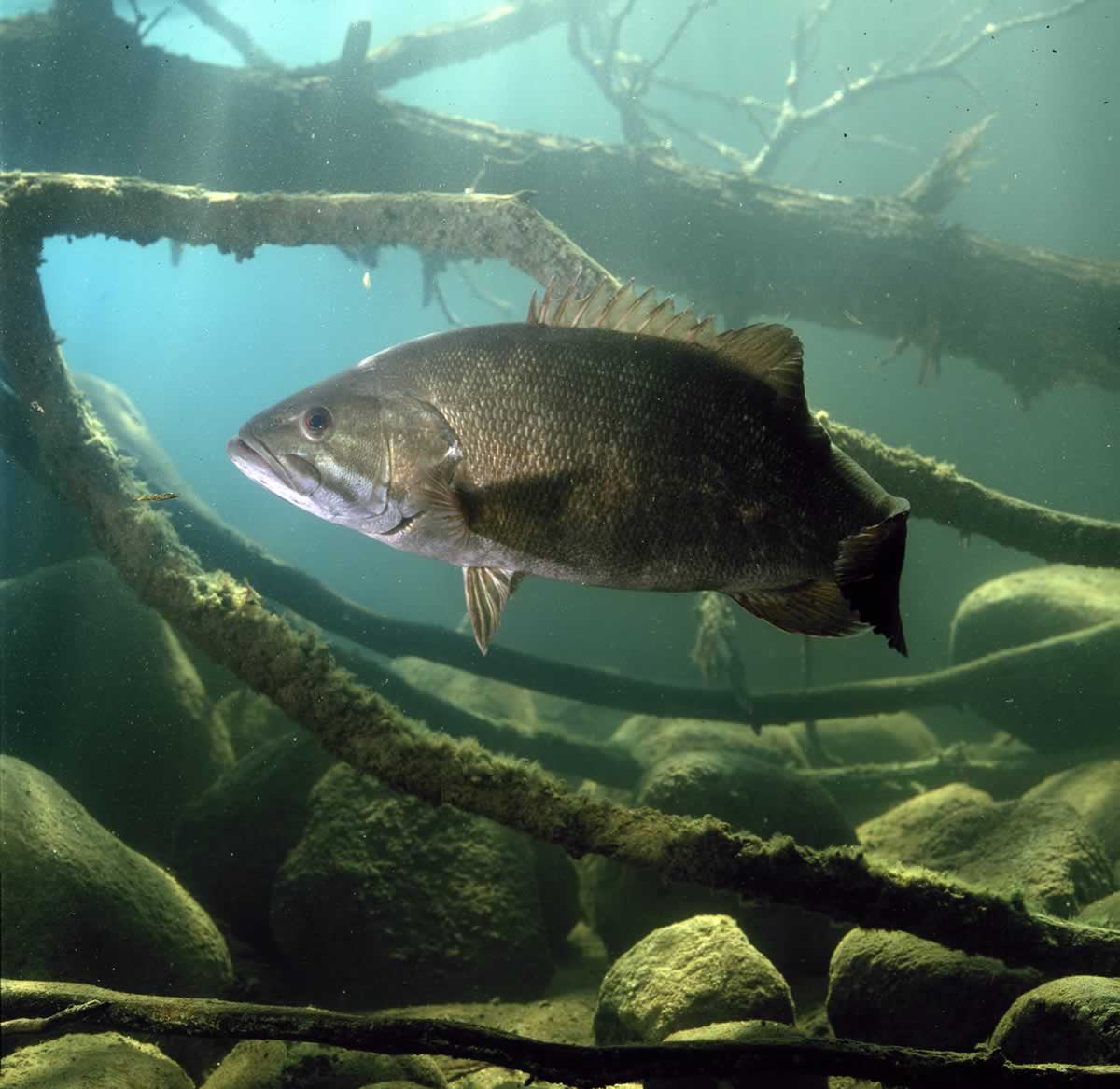 Smallmouth bass can be caught in a variety of ways. Popular techniques include casting hard plastic baits, spinners, jigs or plastic worms or plastic crayfish. One of the most popular techniques for catching smallmouth bass in lakes is to cast or troll a hard plastic lure. Preferred areas include rocky shorelines and shallow points that extend into deep water. Casting or trolling a spinner bait in these areas works well too.

Jigs work best when fishing deeper water. A common technique is to cast a one-fourth ounce to half-ounce jig tipped with a minnow or plastic twister tail. Let the jig fall to the bottom then bounce it along the rocky structure. If this doesn’t work, a real night crawler or worm that has been threaded ono a jig may do the trick.

Another popular and exciting technique is to cast surface lures, especially during early morning and late evening hours. Twitching a surface lure that mimics an injured fish can result in spectacular strikes as the bass rockets upward to engulf it. For this reason fly fishing is also a popular technique for catching smallmouth bass.

Bass fishing rods tend to be six to eight feet long, with a 7 or 7 1/2-foot rod being good options. Such rods hit the sweet spot for casting accuracy yet also have enough stiffness for making good hooksets. Graphite rods are generally more sensitive than fiberglass rods, thereby enabling you to better detect light bites and other things going on with your lure. Still, you will want to find the rod that fits your price range and fishing style as some rods are better suited, for example, casting spinner baits and others are better suited for flipping and pitching lures into tight spots.

Most bass anglers prefer to use bait-casting reels rather than spin casting reels, though spin-casting reels will work. If you intend to fish heavy cover you’ll want to consider braided or other heavy fishing line of at least 15-pound test so you can pull your lure free from many snags. Monofilament is a good choice for fishing shallow lures. Fluorocarbon is an all-around good choice as it has minimal stretch will also enable hard plastic baits to dive deeper.

A net is a good thing to have when bass fishing. So too is a pair of needle-nose type pliers for removing hooks.