Opening a Can of Worms

When you’re fishing with kids, there’s no shortage of surprises. I was reminded of this on a recent fishing excursion, where I found myself in the midst of a tense ethical debate about, of all things, worms.

I was in the process of cutting a nightcrawler and skewering one half of its writhing body onto a hook, when I noticed one thoroughly disgusted young lady giving me a look that made me feel like Ghengis Kahn, Heinrich Himler and the guy who shot Bambi’s mom all rolled into one. She spoke up and implied that I was being cruel and barbaric to the worms.

I was shocked. I thought TV and video games were supposed to have desensitized kids to this kind of carnage and rendered them incapable of compassion for other living creatures. It apparently didn’t take with this girl.

I’d never pondered the ethical ramifications of baiting a hook before, and I was momentarily speechless. How should I respond to her charge? In a perfect world, I should seize the moment as an opportunity to teach the child an important life lesson about how all things die and the importance of the food chain.

As a parent of young children, however, I have had this brutal honesty backfire on me on multiple occasions, each time leading to a long line of complex questioning about the meaning of life, followed by a dicey inquiry into where babies come from, and concluding with me singing the theme to the Lion King.

“You are helping them fulfill their destiny,” I said, trying to put a positive, Zen-like spin on things. “These worms want to help us catch a fish in order to feel like their life was worthwhile.”

The kid wasn't buying it.

“Look how they wiggle with anticipation when we tear them apart,” I added.

Still nothing. So, I went to plan B and distracted her with useless worm facts.

“Actually,” I said, “if I only use the back half of the worm, the front half will go on living.”

It is true. If you cut a nightcrawler in half, the head end will continue to live while the tail end will eventually die. The long-standing belief about both ends living is only true with a very select group of earthworms.

The head end goes on living because their simple brain, five hearts, mouth, esophagus, crop and gizzard are all found there. The tail end can actually go on living for a while as well, because brain-like ganglia and heart-like portions of the blood vessels extend the entire length of the worm’s body. Still, it’s tough to eat without a head or mouth, so the tail end is ultimately doomed.

“So which end is that,” she challenged, pointing to the portion of worm already impaled on my hook.

Luckily, and by complete coincidence, it was the tail end, and I confidently told her so.

“How do you tell a worm’s head from its rear end?” she asked, her disgust finally giving way to curiosity. 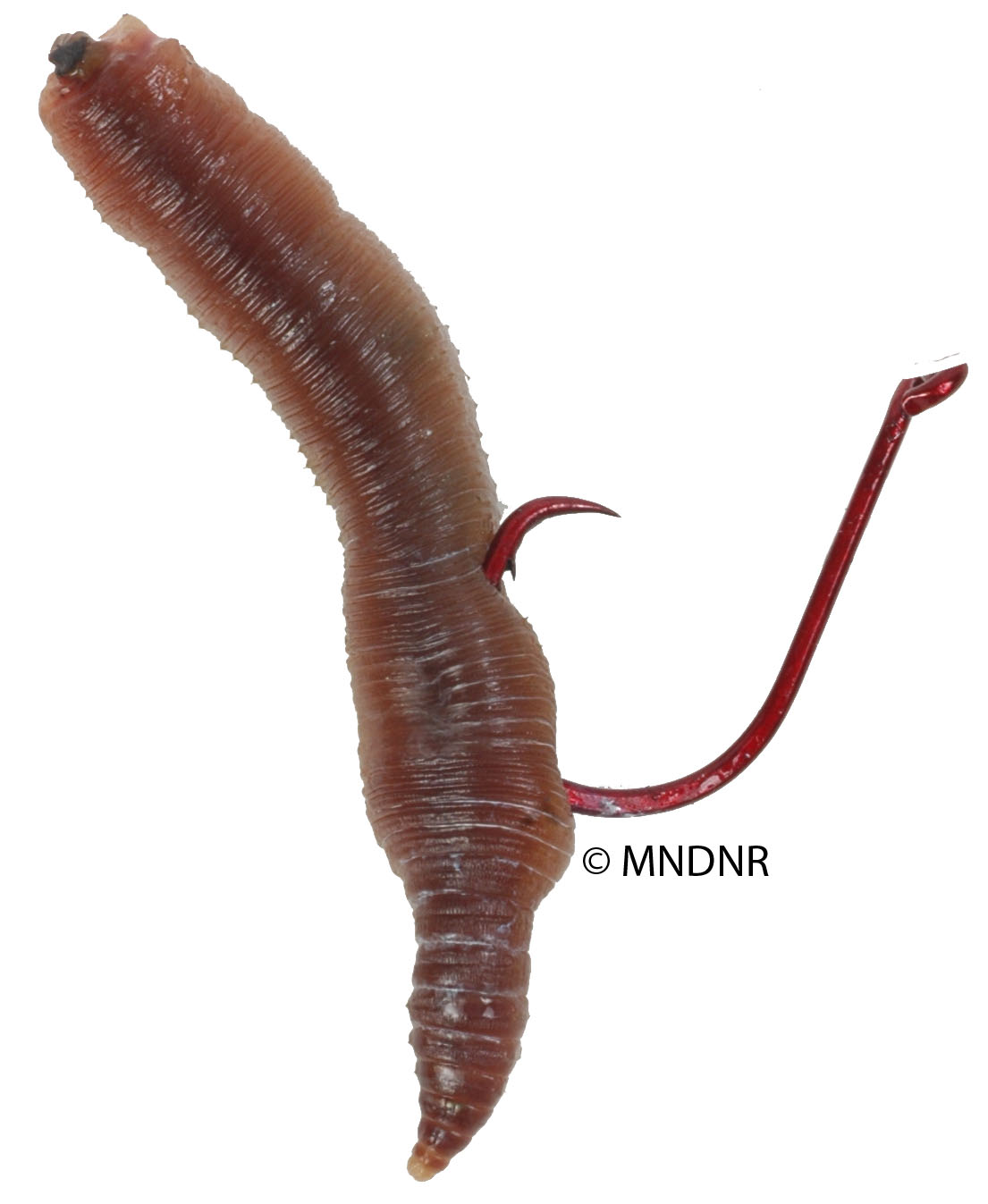 My mind raced at the countless politician and lawyer jokes I could make if only I were surrounded by a more mature crowd. I shook it off and told her that you can tell the head from the tail by finding the thick, light-colored band around the worm. This band, called the clitellum, is located closer to the head and is used for reproduction.

Here’s where worms really get weird. A worm, it turns out, is neither male nor female. A worm is a hermaphrodite and, as such, has both male and female parts. (I can only assume that the “puberty talk” between worm parents and adolescent worms must be awkward at best.) Any mature worm can mate with any other mature worm by simply touching clitellum and exchanging goodies. Both worms then shed the skin from their clitellum, which forms a fertilized worm cocoon which will hatch several weeks later.

Of course, I didn’t actually tell the young girl all of the worm sex stuff, but I did throw in a few more useless tidbits to seal the deal. I handed out rods and reels as I talked about how worms have no eyes, but can sense light through their skin and can also sense vibrations in the ground. They have tiny little bristles along their body that help them move through the soil. There are about 150 different kinds of earthworms in North America. They come out of the ground when it rains, but no one is quite sure if it’s because they don’t want to drown or if it’s a cue for mating.

As I fiddled with a tangled line, I concluded with the fact that, as amazing as nightcrawlers are, they aren’t actually supposed to be here. They are an exotic invasive species and, while they do help decompose organic matter and aerate the soil, they are harming our forests by breaking down too much leaf litter and allowing some invasive plants to move in and take over.

I looked back to see how the young girl was responding to my litany of worm factoids. But she was gone. She had grabbed the head end of the worm and was headed for the water’s edge.

I can’t be sure, but I think there was a look of fulfillment on the worm’s little face.

I know there was on mine.

To find out more on harmful effects of earthworms on hardwood forests please go to: https://www.mndnr.gov/invasives/terrestrialanimals