Getting kids to do their homework can sometimes be challenging.

The best analogy I can think of is that, at times, it can feel like wrangling a feral cat into a cardboard box and trying to close the flaps. In either case, the task requires finesse, timing, the right incentives, protective gear, and Band-Aids.

When it comes to homework, finding the right incentives and motivation is key, but every kid is different. Our 8-yr-old, for example, is heavily motivated by the promise of TV time, but seems surprisingly unmoved by the prospect of attaining a sense of self-satisfaction at a job well-done.

Our 6-yr-old daughter, on the other hand, is motivated by games. If you can make it a game, she’ll do it. In our household, turning your inside-out shirtsleeves and pantlegs the right way is called 'reaching down the rabbithole', the recycling bin is 'the treasure chest', and shingling the roof this summer will be referred to as 'the big high puzzle'.

In true 6-yr-old fashion, she responded by saying 'dogfish.' My first instinct was to giggle, but then I remembered that the bowfin is also called a 'dogfish.' “Yes,” I said. “That is actually a real fish, AND a compound word.”

My 8-yr-old then blurted out "elephantfish!" thinking this was a completely nonsensical and, therefore, hilarious animal. The giggles were compounded even more when I confirmed that there really is a fish called an elephantfish.

And, thus, began our great discovery about compound fish names: There are a million of them! We went on to name countless real fish names based on other animals.

There’s no end to the compound fish names. And that’s just the ones made with the names of other regular animals. There is also a whole crew of fish named for menacing or mythical animals: the Unicornfish, Dragonfish, Angelfish, Devilfish, Viperfish, and Scorpionfish. 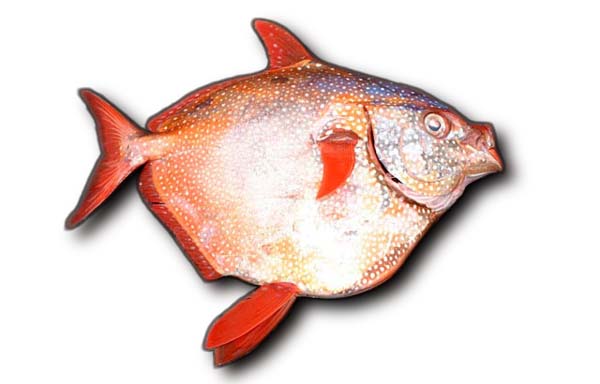 There’s a Sunfish, a Moonfish, and a Starfish (although 'starfish' is, of course, a misnomer since sea stars are echinoderms and not fish – same is true for 'jellyfish' and several others).

There are the fish that seem to belong in a medieval castle somewhere: Kingfish, Damselfish, Jackfish, Ladyfish, Clownfish and Monkfish.

There are the fish named for weapons, -- the Dartfish, Hatchetfish, Knifefish, Triggerfish, Swordfish, Cutlassfish, -- even those that would fit right into Clue: Ropefish, Pipefish and Candlefish.

Dr. Suess would be happy to learn that there is, indeed, a Redfish and a Bluefish, and also a Whitefish, Blackfish and Goldfish too fish. A Bonefish, Tonguefish, Boxfish, Lungfish. A Rockfish, Sawfish, Sandfish, Jawfish… (Oh crud, now I probably have to pay royalties).

How about a Velvetfish, Icefish, Coffinfish, Blobfish, Cavefish, Glassfish, Paddlefish, Milkfish, Lightfish, Pineapplefish, Footballfish, Pineconefish….. OK…. You get the picture…. There’s a lot of different compound fish names, because there are a lot of different fish -- each with unique characteristics and ecology to learn about.

It occurs to me that a classroom teacher could make use of this concept. The teacher could give the students a list of 100 different fish names (from Trumpetfish to Rudderfish to Jewelfish), ask the students to make predictions about the characteristics of the fish based on the name, then research their unique species. Or, students could brainstorm a list of 'silly' fish names, then do research to determine which ones are real fish and which ones are not.

These ideas would go well with several of the lessons in Chapter 6 of the MinnAqua Fishing: Get in the Habitat! Leader’s Guide.

Give it a try sometime. Games can be a powerful motivator to get kids to do their work both in and out of the classroom and effect real and impactful learning.

And if that fails, just fall back on what motivates my 3-yr-old… Candy. Lots and lots of candy.