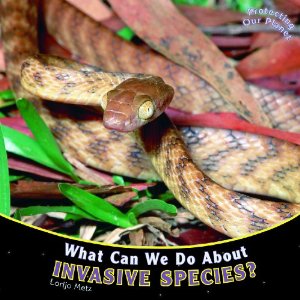 What Can We Do About Invasive Species, 2010

This book combines full-color photos with just enough scientific text to engage your students in a discussion about invasive species and their impacts. There is a treasure-trove of content that should inspire more questions and a desire to learn more. Species highlighted are all found in the United States. The photos can be used with students younger than grade 1 to help with identifying invasive species.

Available in hardcover and paperback. 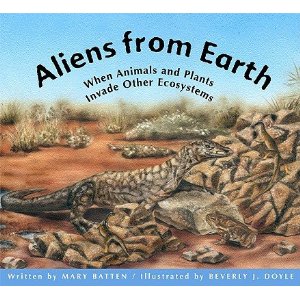 Aliens from Earth, When Animals and Plants Invade Other Ecosystems, 2003

This book travels around the world showing how plants and animals have moved along with Humans into new habitats where they don't belong. The full-spread illustrations highlight native and non-native plants and animals with a clever key along the bottom of the pages giving the ID of each species and indicating if it is native, non-native, endangered or extinct. The book uses the term "alien" regarding non-native species, which will hopefully lead students to inquire about and research the various terminology used to describe non-native species that are considered invasive in their new homes.

Available in hardcover and paperback. 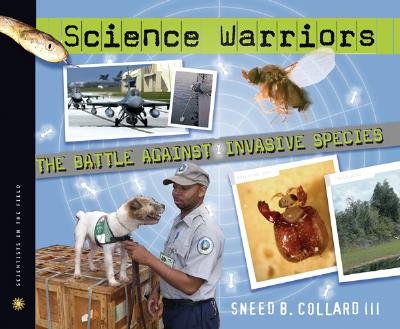 Science Warriors featured real scientists in action as they work towards solving problems associated with invasive species. Using four major invasive species found in the US and its Territories, (brown tree snakes, melaleuca trees, red imported fire ants, and zebra mussels) this book provides a very rich and deep depiction of the science and the work of the scientists as they try to combat this global issue. Minnesota's Sea Grant Invasive Species Staff and the Minnesota Department of Natural Resources Aquatic Invasive Species Program are featured in the fourth chapter that highlights zebra mussels.