Bur oak blight is a fungal leaf disease that gained attention in Minnesota and Iowa in the mid-to-late 2000s. Bur oak blight causes leaf browning and leaf loss in late summer and early fall. It affects only the small-acorn variety of bur oak (Quercus macrocarpa var. oliviformis). Unfortunately, that's the one variety we have in Minnesota. Bur oak blight is caused by a native fungal pathogen, Tubakia iowensis, which likely has been intensified by above-average spring rainfall since the 1990s. 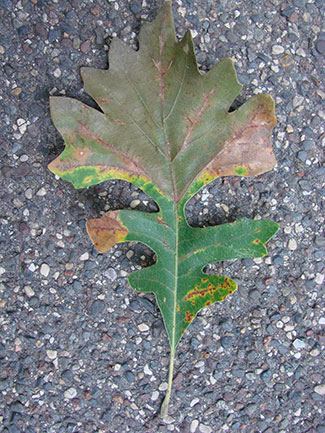 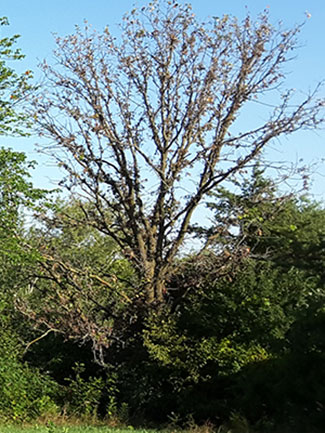 Bur oak blight can have a severe impact on individual bur oaks, but most bur oaks in Minnesota are not severely affected by it.

It's important to remember that bur oaks can lose up to 50 percent of their canopies every year but still remain relatively healthy. However, when a bur oak loses more than half its leaves for several consecutive years, it may become stressed and susceptible to other problems, such as two-lined chestnut borer and Armillaria root disease 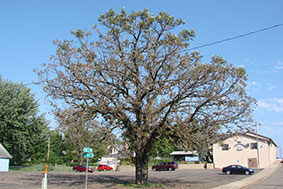 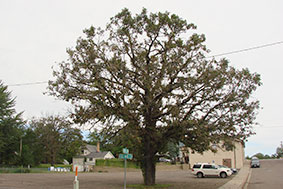 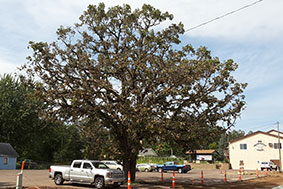 Even when a bur oak has had severe bur oak blight, it may be relatively healthy. The best time to evaluate bur oak health is in June: if the tree does not have branch dieback or epicormic shoots (small, young branches growing out of the trunk and big limbs), it is probably not stressed.

Bur oak blight can be found wherever bur oak grows in Minnesota.