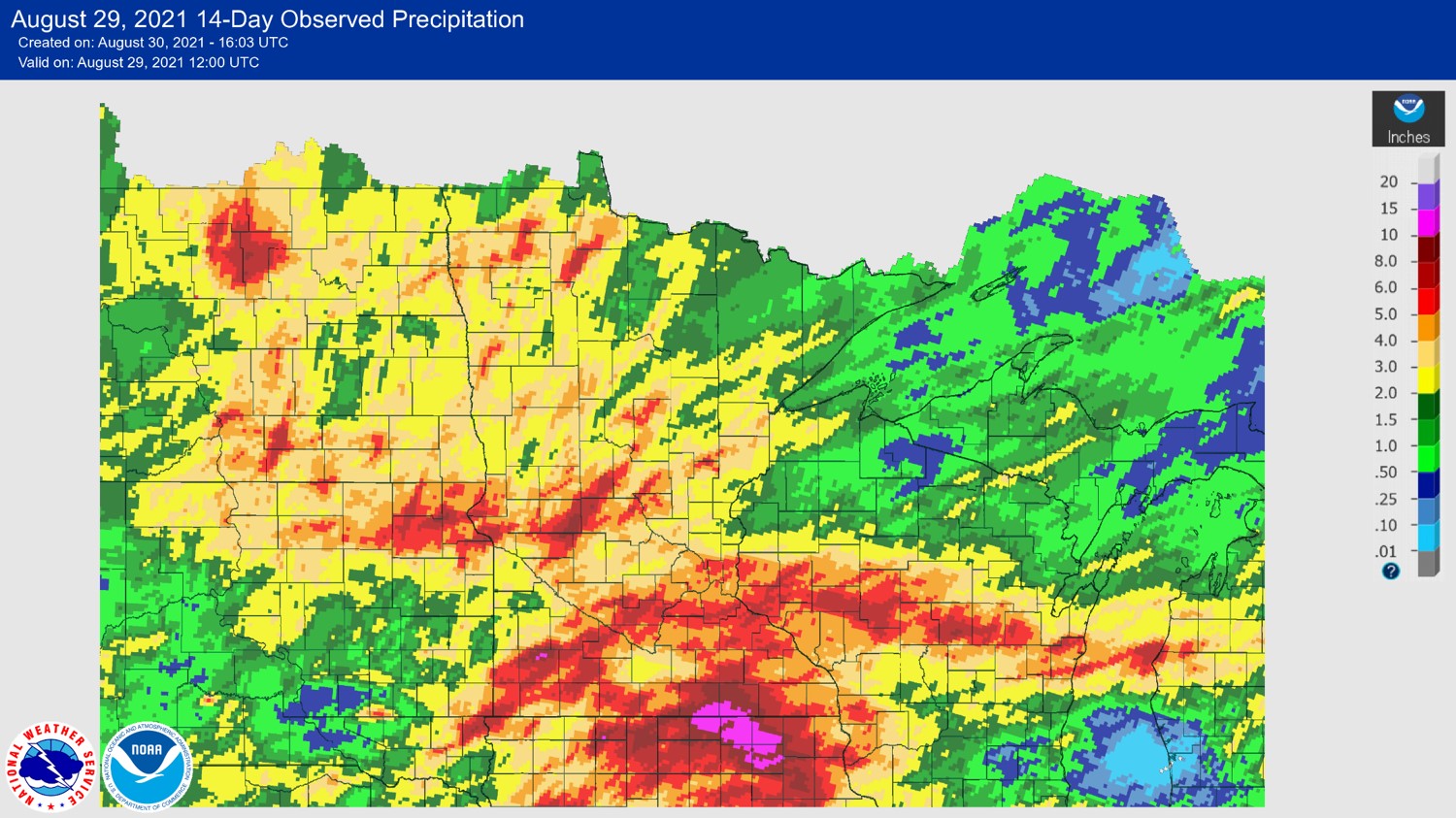 A much-needed wet period provided at least temporary relief from worsening drought conditions across much of Minnesota during late August of 2021.

Different weather systems affected different parts of the state at different times during a busy 1-2-week period, but the weather pattern clearly became as active as it had been all summer by the week of August 23rd, when scattered heavy rains in northwestern and northeastern Minnesota  yielded to increasingly-widespread soaking rains on the 24th, 26th-27th, and again on August 28th.

Despite the widespread soaking rains, large long-term precipitation deficits persist across most of Minnesota. It remains to be seen whether this wet period marks a turning point in the drought, or instead was just a break from the dominating dry pattern.