Trout Lake is a deep, moderate-sized lake located ten miles northeast of Grand Marais, off of the Gunflint Trail. It is extremely rocky, with softball to pickup truck sized boulders covering the bottom in many areas. Watershed land use is almost entirely forested and wetland, though there is a limited amount of lakeshore development – one resort and a few cabins on the southeast shore. The lake’s watershed forms part of the headwaters of the Kadunce River.

Water clarity is high, with visibility typically three to four meters during the summer.

Despite the lakes high water clarity, natural vegetation is in low abundance, primarily due to the large amount of rocky substrate.

Trout is one of relatively few inland lakes that support naturally reproducing populations of Lake Trout. Under most climate change scenarios, Lake Trout will be an imperiled species in Minnesota. Although the lake has a small, forested watershed with very low nutrient levels, the relatively small volume of thermal habitat makes it particularly vulnerable to future increases in water temperature. Over-exploitation, future large-footprint developments, and pressures from non-native Smelt are additional stressors operating on Lake Trout populations. The lake also supports a Rainbow Trout fishery, which is stocked annually by the DNR. Rainbow Smelt invaded in the early 1980’s and through predation and competition, may be responsible for the extirpation of native Cisco. Invasive Spiny Water Flea are now present in the lake as well and have been impacting the native zooplankton community.

Trout Lake was selected for the Sentinel Lakes Program because of its uniqueness as a natural Lake Trout lake, location on the Canadian Shield, and sensitivity to development in a relatively small watershed. 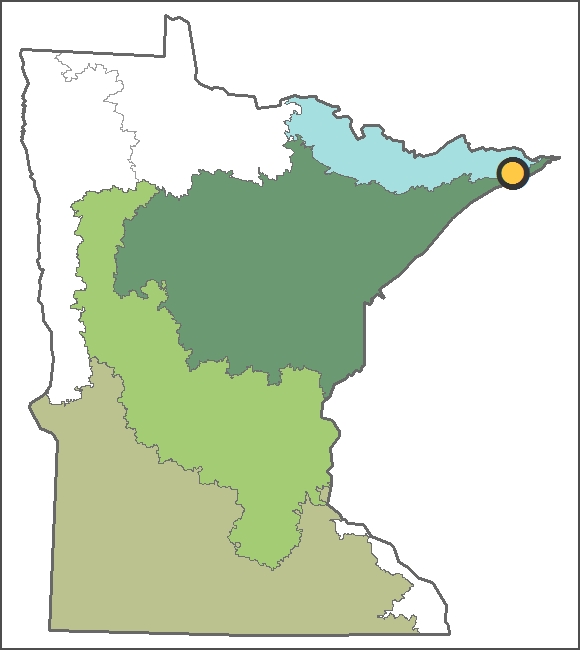 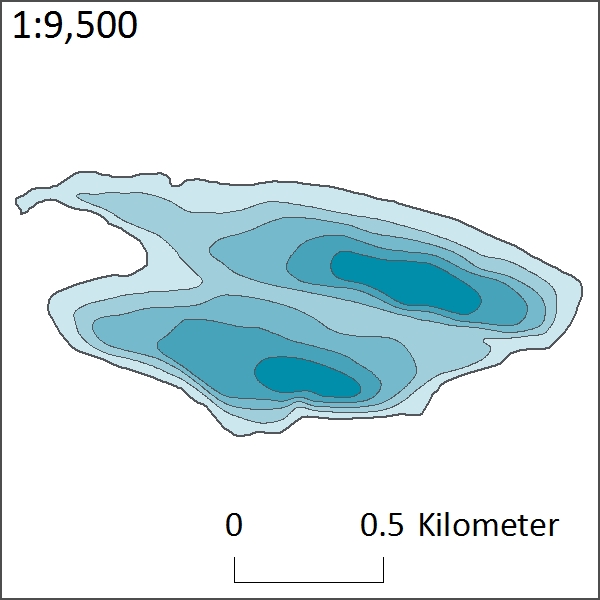