Effective management of Minnesota’s fisheries relies on access to the best available science to inform decisions. The fisheries research unit consists of researchers and support staff who work in area fisheries offices statewide.

What are predator fish eating?

A project designed to look at the diets of muskellunge, walleye, northern pike and largemouth bass in Minnesota lakes continues this year.

Are perch getting smaller?

A project designed to find out why the number of yellow perch are declining in fish population counts continues this summer in 25 Minnesota lakes.

Peer-reviewed publications: Research studies that are published in scientific journals and have gone through a rigorous peer review process. Results of these studies influence fisheries management beyond Minnesota. Copies of these reports can usually be received by contacting the author. 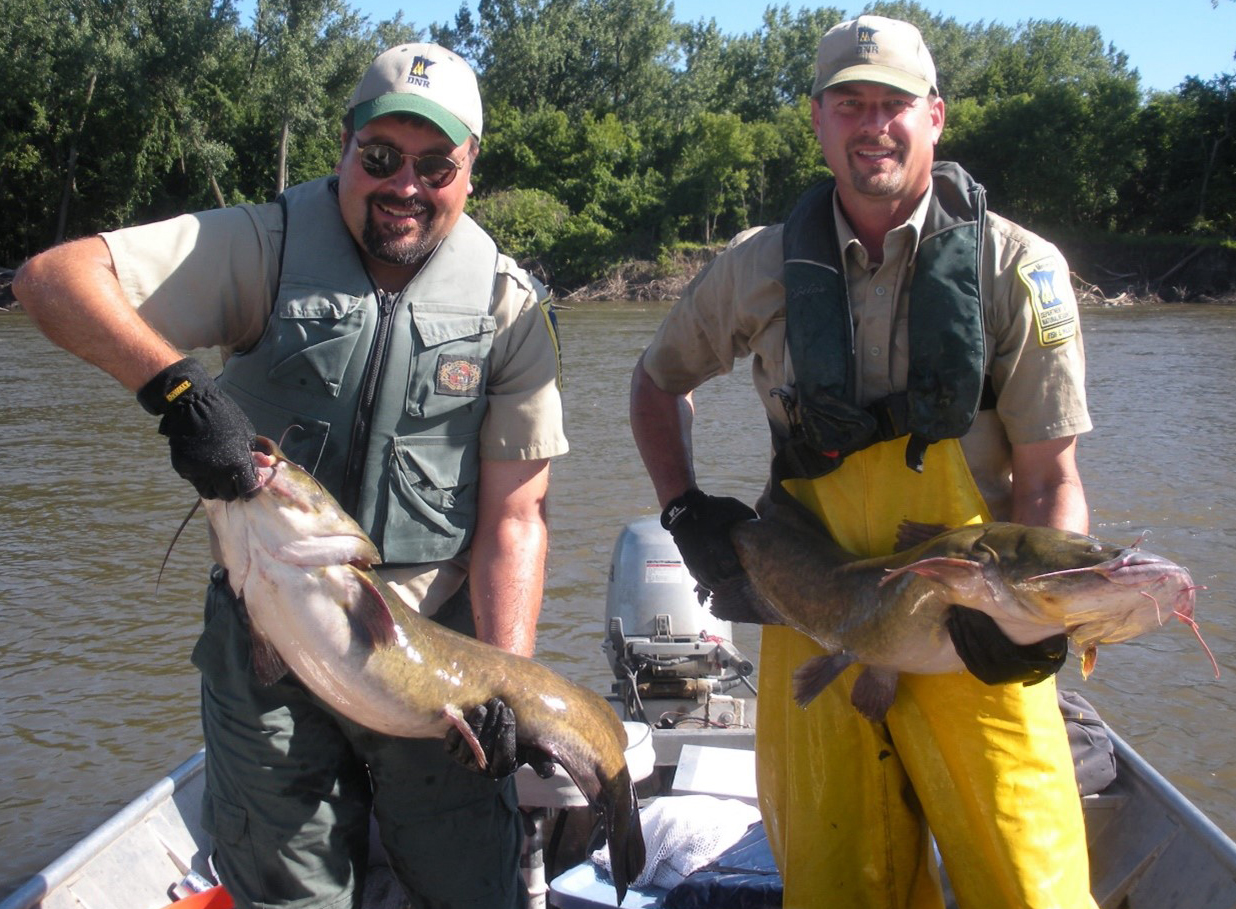 Just how big are those cats in the Minnesota River?

We’re talking flathead catfish here, not the felines of the house variety or reported mountain lion sightings in this southern Minnesota river valley.

Increased angling pressure on this population of flathead catfish prompted Minnesota Department of Natural Resources fisheries research biologists to conduct a three-year study to answer that question and identify ways to protect and maintain this trophy fishery.

At four sites along the river between Mankato and Shakopee each August, biologists netted fish, measured them, implanted microchips to identify them before returning each fish to the water. The capture and recapture of these fish over those three years allowed researchers to estimate the population and determine size structure, growth and survival rates.

But the existence of trophy-size fish depended on a 91% annual survival rate that allowed unusually fast-growing individuals to reach old ages Any substantial decrease in that survival rate would put the population’s size structure at risk so conservative regulations are necessary and remain in place to maintain the opportunities these big cats offer river anglers.

See these large fish being netted, measured and tagged for this study.

Yellow perch: disappearing or getting smaller? 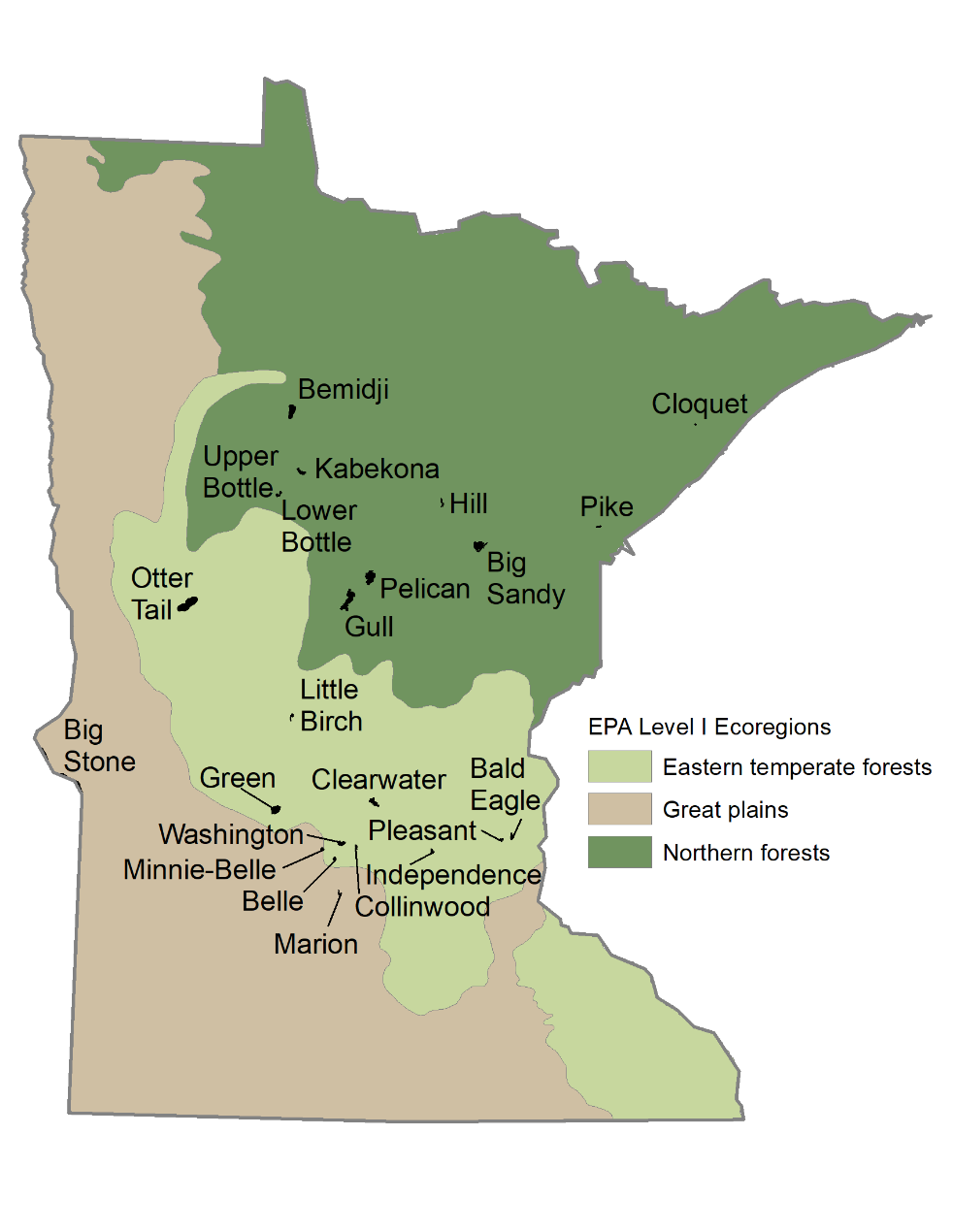 Yellow perch are more than great table fare. They're an important Minnesota fish species as forage for predators such as walleye and as a targeted sport fish.

The DNR has surveyed yellow perch using standard methods for decades, and the data shows a statewide decrease in catch over time.

Perch are very adaptable to different environmental conditions and populations can look very different from lake to lake, with some containing mostly smaller fish and others having destination trophy fisheries.

The problem is that standard nets used during population sampling only collect yellow perch larger than five inches so it is unknown if overall populations are decreasing or if populations are shifting to smaller individuals. Interestingly, research has shown that in some Minnesota lakes, yellow perch can live out their entire life cycle without reaching five inches in length.

A collaborative research project is currently underway to address gaps in knowledge about yellow perch populations in Minnesota lakes. Additional methods such as small mesh gillnets and boat electrofishing are being used to sample all sizes of yellow perch in more than 25 lakes statewide.

The objectives of this project are to develop methods for more effectively sampling of yellow perch two inches long and larger and describe the range of population types that exist in lakes throughout Minnesota. These results will be used in future research to understand the fish community and environmental factors that shape yellow perch populations.

Understanding change to prepare for the future 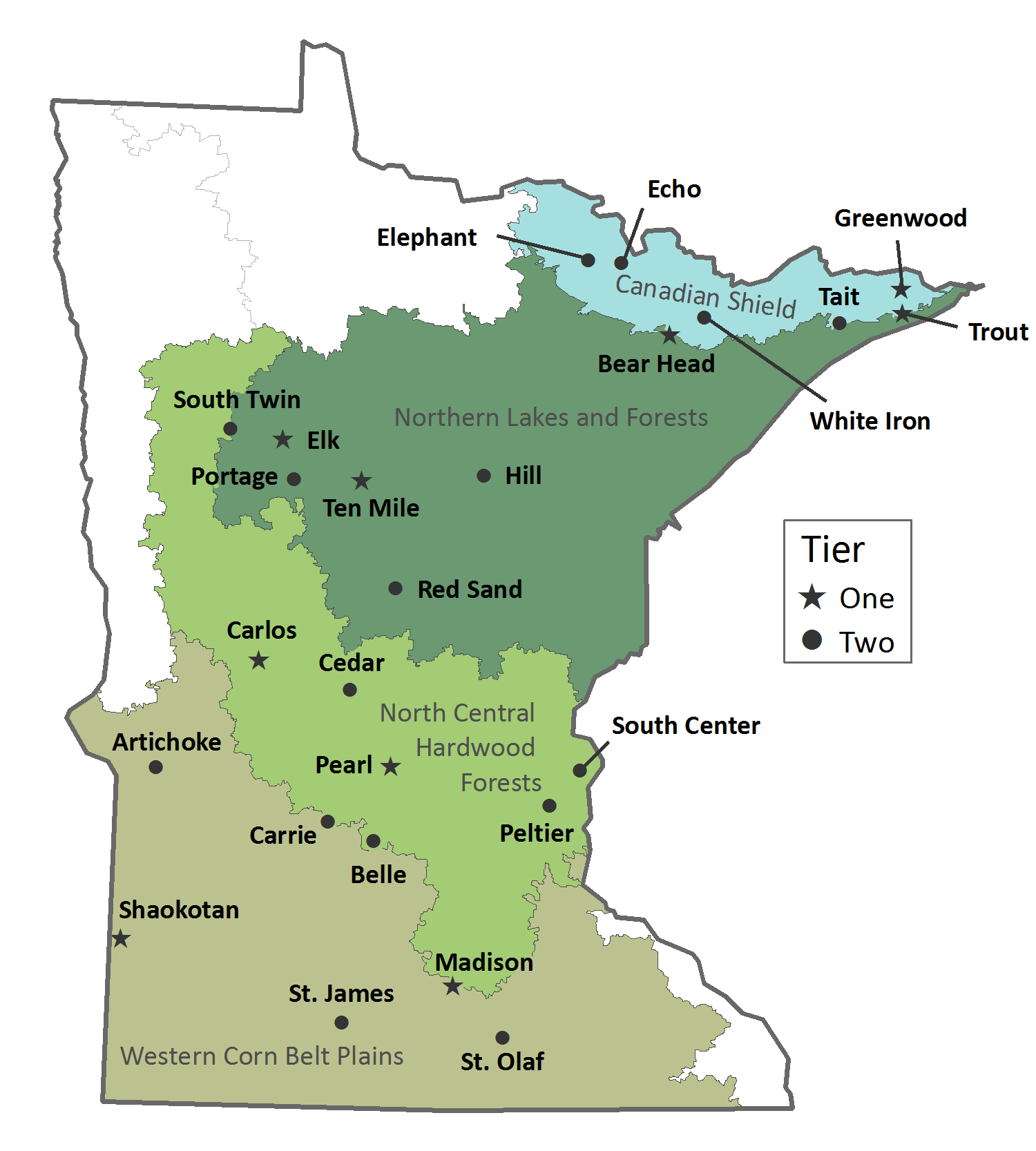 Along with our partners, we monitor the water quality, aquatic plants, phytoplankton, zooplankton and several aspects of the fisheries community.

Ultimately, the data gathered from monitoring will be used to help us understand and develop management approaches that can mitigate or minimize impacts caused by large-scale stressors such as climate change, land use patterns, shoreline development and invasive species.

What are predator fish eating … and how much? 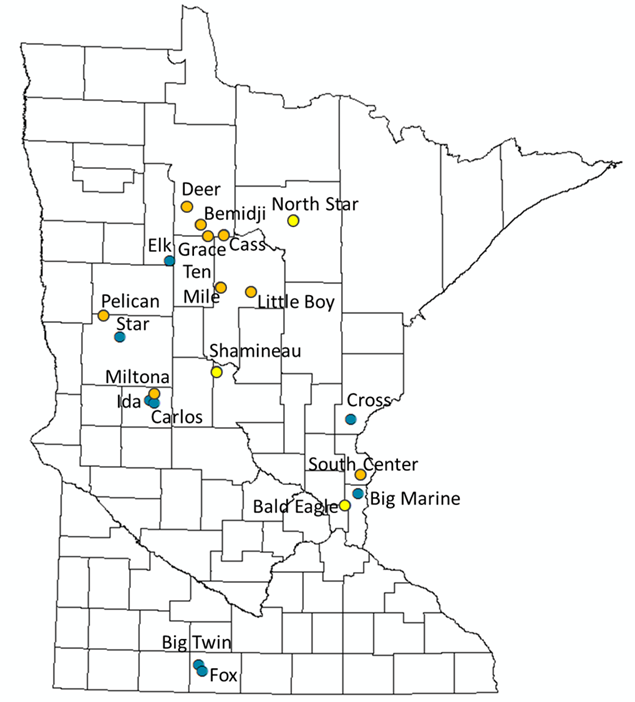 Muskellunge, walleye, northern pike, and largemouth bass are top predator fish in many Minnesota lakes. What and how much those predators eat, and how their diets compare are the focus of an ongoing fisheries research project. The DNR’s Fisheries Research Unit, in partnership with the University of St. Thomas and Bemidji State University, have been sampling lakes since 2019 for the project.

We are using three approaches to examine consumption patterns of these top predators in Minnesota lakes. First, we are directly examining stomach contents of muskellunge, walleye, northern pike, and largemouth bass during the spring, summer, and fall in 12 lakes. It is as simple as catching the fish, flushing the stomach out with lake water, and releasing the fish unharmed. Second, we are analyzing stable isotope ratios of tissue samples from fish and invertebrates in 20 lakes. This technique provides additional evidence of who is eating who in each lake because predator isotope signatures reflect those of their prey in a ‘you are what you eat’ fashion. Lastly, in three lakes, we are combining diet information with estimates of predator population size to examine how much of each prey species is consumed by each predator population.

Preliminary results indicate that muskellunge populations consume less food than the other predators in a lake, because they are typically much less abundant. They also consume different prey resources such as white sucker, northern pike, and bullheads. While not consistent in every lake, walleye and northern pike appear to have the highest amount of diet overlap, with yellow perch and sunfish being their favorite prey in many lakes. Lastly, largemouth bass love to eat crayfish and other invertebrates in most lakes when they are available, but sunfish were also important in some lakes.

The results of this work will better inform the public, fisheries staff, and policy makers about the ecological role and prey demands of muskellunge, walleye, northern pike, and largemouth bass. It will also be useful for fisheries managers when considering stocking plans or possible regulation changes for any of these top predators in lakes throughout Minnesota.