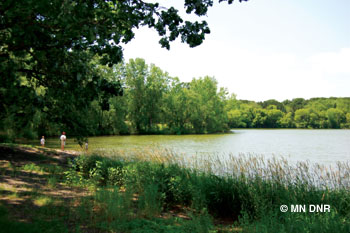 MTC bus: None nearby 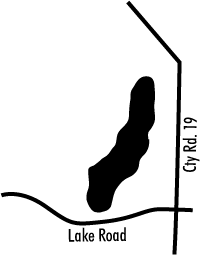 Comments: Colby Lake is a fishing resource in Woodbury that the Fishing in the Neighborhood program started managing in 2002. The lake has a good panfish population and several shore access points around its 2-mile perimeter. A special assessment for Northern Pike was conducted in March 2012 and sampled only 3 fish. Bullheads and White Sucker were the most abundant fish sampled most likely due to a winterkill which occurred in 2010. Channel Catfish fingerlings (~8") were stocked in 2012 and 2013 and an aeration system was installed by the City of Woodbury and South Washington Watershed District to prevent winterkill of the catfish. The catfish are expected to reduce the numbers of Bullheads in the lake and thus help contribute to improved water quality in this lake. The DNR and the City of Woodbury completed an 84' fishing pier on Colby Lake in September. The pier was moved on November 8th 2013 to a permanent location in Edgewater Park that will provide access to deeper water for anglers.