Species and Origin: Japanese beetles are native to northern Japan. They were first found in the U.S. in New Jersey in 1916. They have become established in parts of Minnesota.

The larvae (grubs) of Japanese beetles feed on plant roots, especially grasses. They have been known to damage turfgrass in lawns.

It is thought that healthy trees are generally able to recover from Japanese beetle feeding, but trees that are stressed from other factors (such as drought) may not recover. 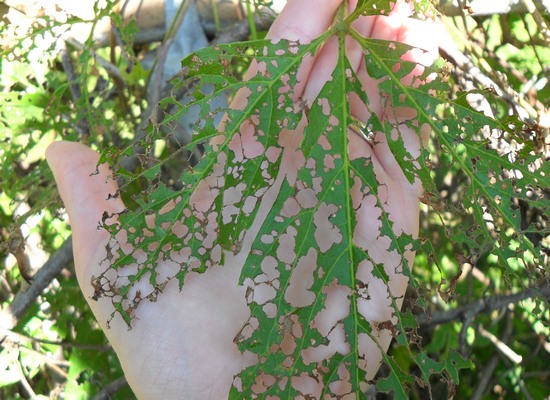 Status: Japanese beetles are established in the Twin Cities metro area and have been trapped in a number of counties throughout the state.

Where to look: Look for Japanese beetles in yards and on plants that they are known to eat.

Means of spread: Japanese beetles can disperse by flying. Adults can be moved on plant material, and larvae can be transported in the soil of nursery stock.

How can you help?