In order to minimize the economic and environmental costs of buckthorn infestations, it was important to explore the potential for biocontrol insects for buckthorn.  After years of research, we had to conclude that there are not appropriate biological control insects for common or glossy buckthorn. 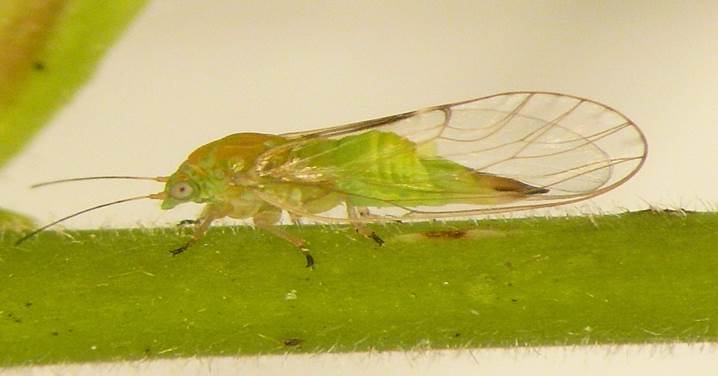 The psyllid Trioza rhamni was studied as a potential biocontrol insect for common buckthorn. Photo by CABI.

Prior to the planned introduction of a biological control agent to the United States, intensive testing is conducted to ensure that a safe and effective agent is selected. Testing is carried out by researchers in the native range of the pest (usually Europe or Asia) in collaboration with North American scientists. This enables controlled laboratory testing and natural field testing to be conducted in the insect's native range.

What biocontrol research was done for common and glossy buckthorn?

Following initial research in the early 1960's, a new research program was initiated in 2001 to study potential biocontrol agents for two invasive buckthorns: common buckthorn (Rhamnus cathartica) and glossy buckthorn (Frangula alnus). Buckthorns are understory trees that impact ecosystems by aggressively invading woodlands and open areas. Mechanical and chemical control is expensive and time intensive. To control invasive plants and be approved for release in the United States, biocontrol insects must be host-specific and must cause significant damage their target plant. With native buckthorn species (Rhamnus and Frangula species) present in North America, buckthorn biocontrol agents had to be specific to European Rhamnus or Frangula species. 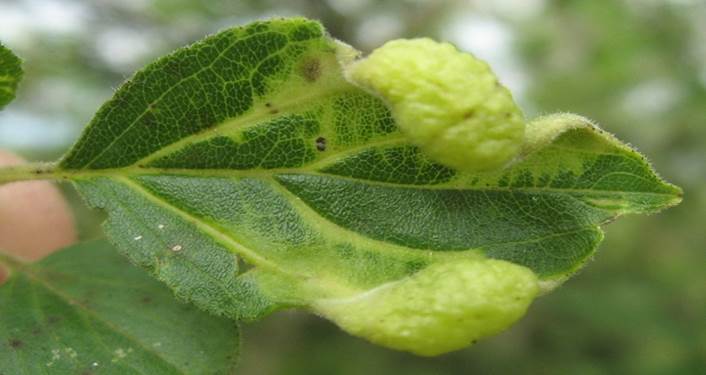 Leaf galls made by the psyllid Trichochermes walkeri. Photo by CABI.

What species were studied for buckthorn biocontrol?

Despite numerous attempts with multiple techniques, the seed feeding midges proved difficult to raise and test in a lab setting. Without host-specificity testing, the insect could not be approved for release in the US. 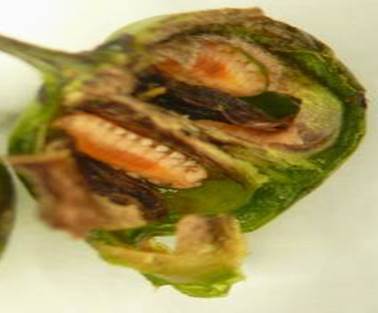 Larvae of the seed-feeding midge Wachtiella krumbholzi attacking a buckthorn fruit and seeds. Photo by CABI.

What can we conclude?

Numerous potential biocontrol insects for common and glossy buckthorn were screened for host-specificity and impacts. Early on, glossy buckthorn biocontrol was eliminated from consideration due to lack of promising agents. Research continued on common buckthorn.  After 11 years of searching for a biocontrol insect that is both host-specific and damaging to common buckthorn, we concluded that we do not have any promising agents at this time so we ended the project.

How do I manage buckthorn?